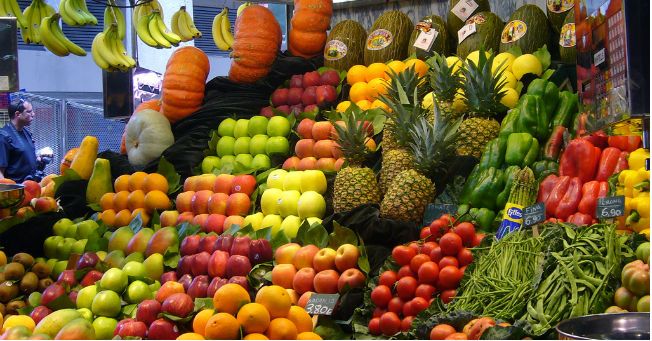 According to the first results of the Kantar panel in 2017, the volumes of fresh fruit purchased by French households (8.51 tons per 100 households) were up very slightly compared to 2016 (+ 0.2%) and compared to the five-year average (+ 0.7%). In 2017, the most purchased fruits by volume were, in order: apples, bananas, oranges, clementines, peaches/nectarines and pears. This ranking has remained very stable in recent years. However, the increase in purchases of fruits overall masks the different trajectories of the fruit types.

For example, while household purchases rose for bananas and for citrus fruits (oranges and clementines), consumption of peaches and nectarines remained stable. In contrast, falls were recorded for purchases of apples (-4%) and pears (- 3%).

The average retail price of fruits has been rising for several years, a trend that continued in 2017. The average of all fruits combined was €2.42/kg, which is 1% higher than in 2017 and 9.6% above the five-year average.

While fruit consumption is rising overall, vegetable purchases are decreasing. In 2017, the French bought 8.1 tons of vegetables per 100 households for home consumption, or -2% compared to 2016 and -1.2% compared to the 2012/16 average.