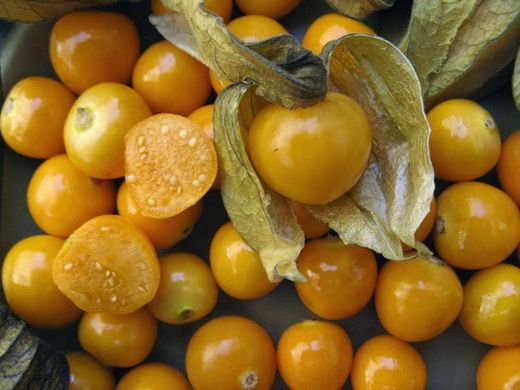 Thanks to gene-editing technology, the groundcherry could soon become a mass-produced fruit. The small tart fruit, similar in appearance to a tomato, was not previously considered suitable for industrial production, but scientists are currently using CRISPR gene editing to explore the wild groundcherry’s potential. If successful, the fruit could become a rival for strawberries, blueberries and raspberries. Research conducted by plant biologist Zachary Lippman and his colleagues at the Cold Spring Harbor Laboratory was published on October 1st in the journal Nature Plants.

“I firmly believe that with the right approach, the groundcherry could become a major berry crop,” said Lippman.

The advantage of the groundcherry is its drought-tolerance and tropical slightly sour taste, with hints of vanilla. The flavour has also been described as a cross between a tomato and a pineapple.

It is believed that gene editing could change the future market for fruit crops.

“This is pretty good proof that with gene editing you can think about bringing other wild plants or orphan crops into agricultural production. The more arrows we have in our quiver to address agricultural needs in the future, the better off we’re going to be,” Lippman said in a press release.

With CRISPR technology, researchers can quickly and accurately identify areas inside the genome of organisms, and then manipulate DNA to change certain characteristics, such as taste, size or resistance. J.R. Simplot Co. in Idaho is currently using CRISPR to limit waste in potatoes, avocados and strawberries due to poor storage or shelf life.