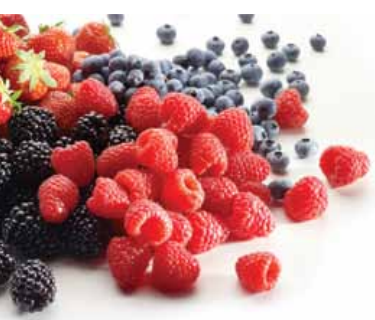 With the exception of Belgian tropical fruit exports (more to do with re-exports), Belgium’s exports, in terms of volume, mainly fresh tomatoes, pears, apples and carrots, are doing well.

Exports of these products had a good year in 2015. Apples, in particular, showed a sharp increase in export volumes. A decrease in pear exports in 2015 was due to the Russian ban still in force.

Other important Belgian export products are strawberries, cabbages, cucumbers, leek and bell peppers. In general, the fresh fruit exports are falling off slightly, due to lower volumes of southern fruits. Fresh vegetable exports are increasing, mainly due to rising exports of cucumbers, bell peppers and celery.

The main export markets for fresh fruits are the European markets (98% share), with our neighbouring countries in the top 3. Germany’s market share dropped from 31% to 26%, while France’s share increased from 15% up to 20%, followed by the Netherlands, staying stable at 16%. In 2015, Russia was no longer an export destination.

On the contrary, Central European markets are gradually importing more Belgian fruits, led by the Czech Republic (good for 6%), followed by the rapidly increasing share of Latvia and Lithuania (with 3% and 2%, respectively). Italy is becoming less important year after year for Belgian fresh fruit exports.

On the other hand, exports to India, a relatively new market, continued to grow in 2015. For Belgian vegetables we see the same top 3 countries, but in a different order. France is the number one market, whose share decreased slightly from 40% to 37% in 2015. The Netherlands follow with an increase in share from 21% to 22% and Germany with an increase from 18% to 19%. Far behind these markets, we see the UK (4%) in fourth position and Spain (3%) in fifth place.

As with fruit exports, the Russian market has disappeared from the list of export destinations. Exporting to Italy reached the highest volume in history, Although the market share is still not so large (2%). Here too, exports to Latvia and Lithuania increased strongly, compared to 2014. Third countries have only a 2% share in Belgian fresh vegetable exports. Belgian vegetables are exported to some African markets like Cote d’Ivoire, Senegal and the Congo. In addition, the United States, Canada and some Asian markets purchase Belgian vegetables.

More than 60% of Belgian fruit imports come from third countries, due to the tropical fruit segment. Followed by these countries (Colombia, Ecuador and Costa Rica), we see the Netherlands, Spain and France as main European suppliers to Belgium. Shares are even increasing. For vegetables, the Netherlands and France are the main suppliers with an 82% share of Belgian vegetable imports. Third countries supplying vegetables to Belgium are Australia, New Zealand and some African countries like Egypt, Senegal and Kenya. Main imported items are carrots, onions and shallots, peas and other fresh vegetables.

A need for new varieties and more market access

According to Wouters, new apple varieties are urgently needed in Belgium, with full colour and other attributes to satisfy new markets. Most external markets are looking for red varieties, preferably during the late harvest period at the end of September.

“What really counts for me is the final price we can pay the farmer and the profit they can make on it.”

While Canada recently allowed imports of Belgian pears, many markets are yet to be opened up to Belgian fruit like the US, Brazil and countries of South East Asia like Indonesia and the Philippines.

“After all, Russia is not such a bad market compared with other nearer situations like in Syria or several countries in Northern Africa … We will not stay silent anymore, since we see nothing has changed,” concludes Wouters.