A total of 24.8 million tons of potatoes (excluding seed and starch) was the harvest forecast for the NEPG (NorthWestern European Potato Growers) as at October 5. Based on the […]
Tue 03/11/2015 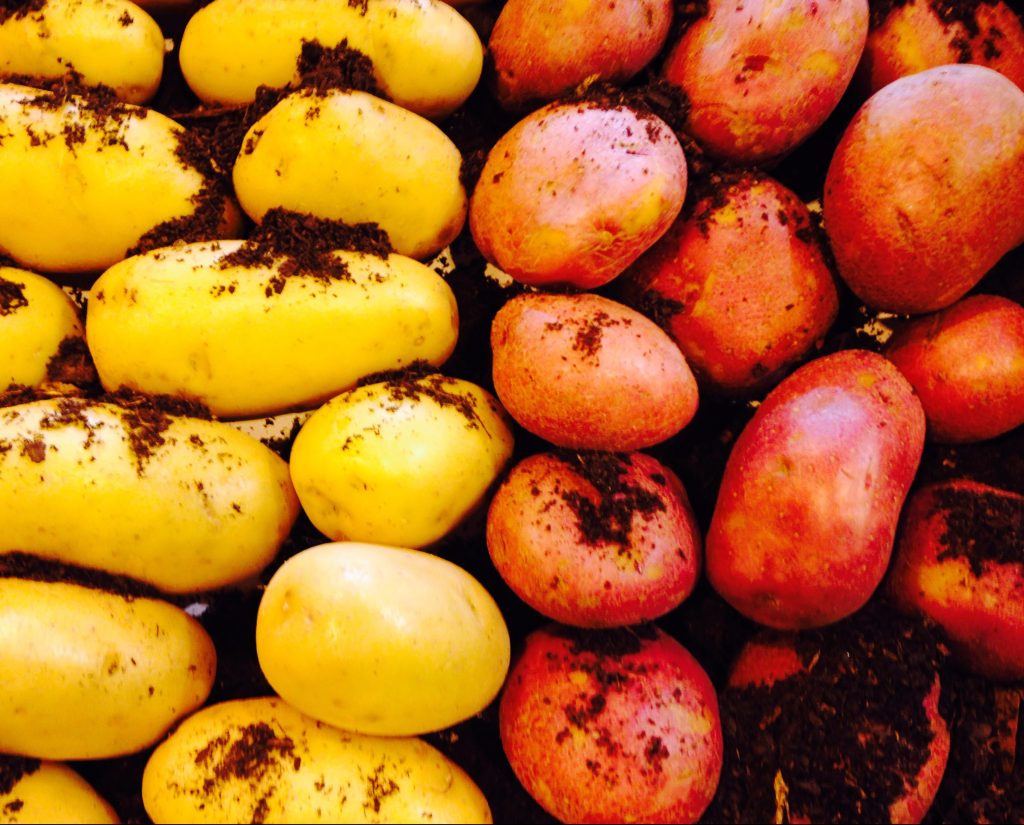 A total of 24.8 million tons of potatoes (excluding seed and starch) was the harvest forecast for the NEPG (NorthWestern European Potato Growers) as at October 5.

Based on the latest trial digs and harvest information, this estimate was 300,000 tons higher than that made on September 1, but would come in at 13% less than last year and 1.6% below the 5-year average, according to a recent summary by the UK’s Agriculture and Horticulture Development Board (AHDB) potato market analyst Arthur Marshall. However, he said, there are concerns in the NEPG over the quality of supplies in store in some countries.

In his report, published by the NEPG on October 30, Marshall said the harvest has begun to move on rapidly in many areas due to the good conditions, but less favourable weather earlier this year means the harvest will be later compared to other years. Just under half of the area across the NEPG was still to harvest at the start of October.

“The NEPG is a large area with a lot of variation in conditions. Whereas in the south of Germany it has been, at times, too dry to harvest, wet conditions have held up lifting in the north of Germany, parts of Belgium and the Netherlands, and GB (Great Britain). Due to heavy rainfall in September, there were reports of rot in parts of the NEPG and dry matter contents in some areas are low, but overall, quality is good. Despite earlier fears in some areas, secondary growth is generally under control, though there are a few cases. However, the wet conditions in many areas create some risks for the crop going into store, especially where rot has already been reported.

“The NEPG believes that the quality of supplies available in the coming season will depend greatly on the conditions of crops in store. If conditions in store are especially poor in some areas, this could make markets in some mainland NEPG countries tighter than the production figure alone suggests,” he said.

Marshall said that, overall, growers in the NEPG are cautiously optimistic about the coming season. Thanks to increasing exports outside the EU, and increased need for raw material due to low dry matter contents in some of the mainland countries’ crops, demand from mainland processors is expected to be firm.

“Also, fresh potato exports from NEPG countries to elsewhere in Europe could meet good demand, with harvests in many countries likely to be lower year-on-year,” he said. As an example, he said CePa, Italy’s Potato Documentation Centre), estimates a 2015 crop of 1.1-1.2 million tons, down about 15% on last year.

Processing potato prices in the NEPG have generally begun to stabilise into October, following price declines earlier as harvest progressed. Generally, price quotes for France and Belgium for Bintje (the middle-early ripening potato variety) have been below quotes for other processing varieties, which Marshall said is likely to be a factor in the ongoing processing variety switch in many mainland NEPG countries from traditional Bintje to newer, higher yielding, alternatives such as Fontane, Markies and Agria.

The Netherlands: in some areas the harvest has been beset by delays and problems with rot. The rot in the field is now said to be under control but growers are monitoring rot in store carefully, Marshall said. Up to 30% of crops were still to be harvested by the final week in October, with some growers on lighter soils waiting for orders for ex-field delivery before lifting. “Processing usage so far this season has been lower than in 2014 and 2013, but this could be supply or demand driven, while Phaff Export Marketing reports that seed exporters believe there are good export opportunities,” he said.

Belgium: lifting was also behind schedule, with 10-20% still to lift in the last week of October. Bintje has sometimes had to be offered up rapidly due to quality concerns. A big fire in early October in a Clarebout factory, which is not expected to be ready again until January, was also of concern to some growers.

France: has begun importing some potatoes from the UK, in line with usual levels for the time of year. The French harvest was about 95% complete by the last week of October, with light harvest pressure still remaining on prices. Usage for processing in July-September was down 31,000 tons year-on-year, although still slightly above that for the same months in 2013. Export demand from southern Europe, such as Italy, has been good.

Germany: exports into Italy have also been reported, as well as to nearby export markets such as Poland, the Czech Republic and Denmark. Only 10-15% of crops were yet to be harvested in late October, with yields proving to be good. Indeed, output in the largest potato growing region, Lower Saxony, is up from last season at about 1.7Mt, but export opportunities are expected to play a significant role there this season.

The next NEPG 2015 crop estimate is expected in late November.

Category: Uncategorized
Tags: AHDB, Arthur Marshall, Bintje, NEPG, potatoes
We use cookies on our website to give you the most relevant experience by remembering your preferences and repeat visits. By clicking “Accept All”, you consent to the use of ALL the cookies. However, you may visit "Cookie Settings" to provide a controlled consent.
Cookie SettingsAccept All
Manage consent