The group continues to increase the number of specialties it supplies both in fresh and precooked produce. This year they are introducing the Palermo pepper (broader Italian type with thicker […]
Thu 13/02/2014 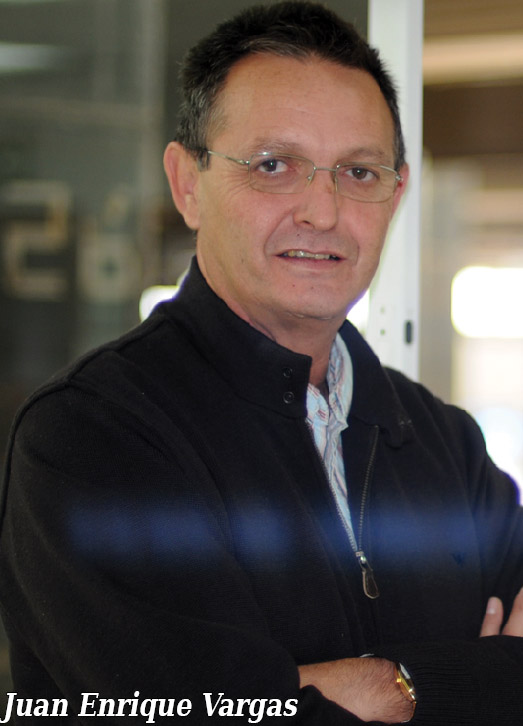 The group continues to increase the number of specialties it supplies both in fresh and precooked produce. This year they are introducing the Palermo pepper (broader Italian type with thicker walls and red colouring), cow horn pepper (mainly for Hungary), hot pepper and raspberry.
Last year the group spent 1.5 million on its “5th range” precooked convenience foods factory, where they prepare and pack red, green and yellow roasted peppers, and the same product with cod, ready to eat with a 6-month shelf life, under the “QDelicias” brand. Roast courgette and aubergine products will soon be added to the assortment. To this end, they have secured an agreement with the Andalusian Institute of Agricultural and Fisheries Research and Training of Andalusia (Ifapa), with a view to developing these new products.
The “QDelicias” range will be traded in the domestic market, the United Kingdom and France. Overseas markets are also explored: Costa de Almería took part in a promotional activity in Mexico along with Extenda, to promote their ready-to-eat range in the 89 Superama chain outlets in this American country, a company belonging to Walmart Mexico and Central America with a track record of over 45 years.
“The added value of QDelicias roasts is their freshness, as the pepper is roasted recently cut and packaged immediately”, notes Vargas. Costa de Almería will continue its investment strategy with another 1.5 million euros to expand storage facilities by 2000 m, cold chambers by 1000 m, a cucumber line and manufacturing machinery for cherry pear tomato.
The group closed last season with a sales volume of 140 million kilos, which translates to a value of around 100 million euros. Chairman Juan Enrique Vargas considers that the sector “has covered costs and that’s not enough, despite the crisis context. This year we’ve exceeded last year’s production figures with roughly 20 million kilos more”, explains Juan Enrique. He added that this also had a lot to do with the la E. coli crisis from the previous campaign, which obliged them to “shut up shop” 2 months earlier than anticipated.
Costa de Almería Fruit and Vegetables closed the crop year with an average price of just over half a Euro per kilo produced, similar to the figures reported throughout the sector. “To say that the campaign has been good, the average price should be around 60 or 65 cents per kilo”, he explains.
The Roquetas de Mar-based Group embarked upon a six-year strategic plan of action in the previous campaign which accounts for more than €3 million in investments. It culminated last month with the purchase of reference auction Cehorpa from Agrupaejido, for a spend of 15 million euros.