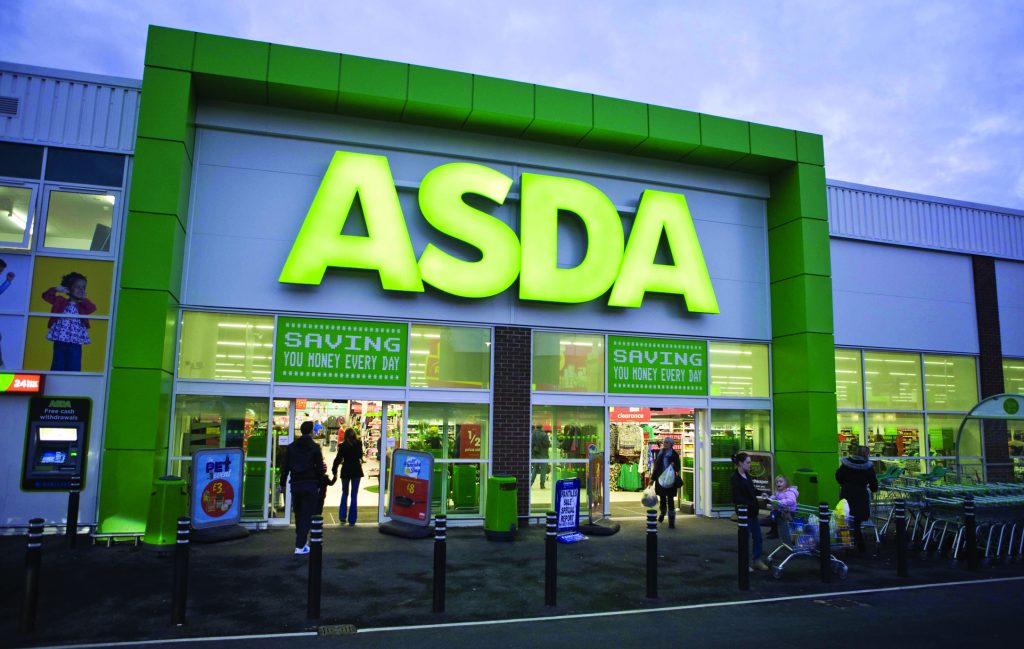 The UK-based retailer is seeking to strengthen its position as the number two supermarket and has begun its largest ever discounting campaign
Asda has come out fighting in 2014 and has pledged to slash £50m from the cost of essential food items in the first three months of the year. As part of its £1bn five-year price cutting strategy, Asda is lowering the prices across a range of categories including fresh produce and frozen foods. Prices for broccoli, tenderheart cabbage, cauliflower, iceberg lettuce and spring onions have been reduced to just 50p. The £50m price overhaul is part of a £200m investment in pricing this year and is part of Asda’s strategy to take on discount supermarkets such as Aldi and Lidl.
“It’s more clear than ever that UK shoppers’ priorities are well and truly focused on price,” says Barry Williams, Asda’s chief merchandising officer for food. “This January, we are offering more value than ever before across our stores on the products that people actually week in, week out. With hundreds of products at 50p, we’re even making the pound shops and Aldi look expensive.” The price cuts are being funded by Asda’s savings programme ‘We Operate For Less’, in addition to the price bargaining power it enjoys with parent company Walmart. Though Asda won’t realise its trading figures for the fourth quarter until late February, the retailer says it enjoyed a strong performance at Christmas, both in its stores and online. On December 23, a record 4.8 million customers passed through Asda’s stores. The UK retailer also enjoyed its biggest ever online Christmas,  and grocery home shopping sales on December 21 and 22 topped £5 million (U$$8.2 million) for the first and second time.
Though other retailers such as Tesco and Morrisons struggled during the fourth quarter, Asda said it was confident the strategy it adopted for Christmas was the right one.
Asda is going on the offensive and in late 2013, it announced plans to invest £1bn in prices and £250m in improving product quality over the next five years. Convenience store formats are also on the agenda.
Furthermore, Asda is keen to strengthen its customer base in London and the south east of England, where traditionally it has been weaker. According to recent figures from Kantar Worldpanel, Asda has a 17.2 per cent market stake of the UK grocery market, compared to Tesco’s 29.8 per cent, Sainsbury’s 16.8 per cent and Morrison’s 11.5 per cent.
There are 573 Asda stores in the UK, including 318 superstores, 188 supermarkets and 32 supercentres.
Asda has been owned by Walmart since June 1999
Headquartered in Bentonville, Arkansas, Walmart is the world’s largest retailer and operates more than 11,000 stores in 27 countries around the world, employing 2.2 million associates. Approximately 1.3 million of these are in the US alone.
Walmart is the seventh largest company in the world, with a market value of US$242.5billion (£158.3 bn). The retailer enjoyed total global sales of US$496.16bn (£290.17bn) in 2012.
Walmart is working towards three aspirational sustainability goals and these aims are: to be supplied 100 per cent by renewable energy, to create zero waste and to sell products that sustain people and the environment.
Similarly to other retailers, Walmart is trying to drive down its fuel consumption and costs. As part of the project Operate for Less, Walmart Canada recently announced that it is entering the second phase of its pilot Supercube project.
The Supercube is a 60-foot, 6-inch trailer combined with a snub-nosed truck and drome box. It allows the retailer to ship up to 40 percent more merchandise compared to a standard 53-foot tractor-trailer combination.
Over the past year, Walmart Canada has made 100 deliveries using this Supercube truck, and found it reduces transportation costs by 24 percent and greenhouse emissions by 14 percent.
For the second phase of the project, Walmart Canada is making improvements to the existing truck to decrease load and unload times and has begun work to extend the Supercube fleet.