The Medfel fair has just ended and the comments of satisfaction are numerous among members of Saint-Charles Export. The fair, now in its eighth edition, was organised by the South […]
Wed 04/05/2016 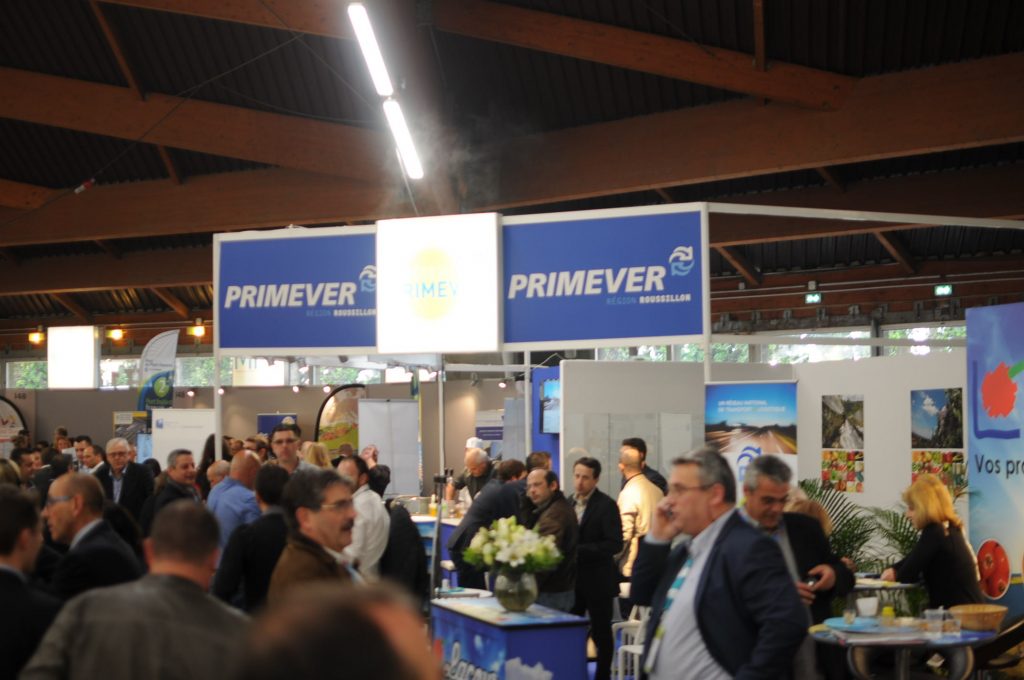 In a press release, organisers said this year Medfel drew 6,122 visitors. Attendance on the first day was up 6% on last year, 8% higher on the second day, and equal for the third and final day. “Those good results show the dynamism of this fair,” the said.

Firstly, Medfel is an ‘at home’ fair for those companies based in Perpignan, which makes a difference. For example, the company Caustier by STC, an associate member of the platform, manufacturer and installer of conditioning equipment, said: “Proximity allows us to go to the plant directly in order to show our customers machines and come back to the stand, which is obviously a privilege.”

Category: Uncategorized
Tags: Fair, France, Medfel, Perpignan, Saint-Charles Export, Saint-Charles International
We use cookies on our website to give you the most relevant experience by remembering your preferences and repeat visits. By clicking “Accept All”, you consent to the use of ALL the cookies. However, you may visit "Cookie Settings" to provide a controlled consent.
Cookie SettingsAccept All
Manage consent