The 20th edition of the prestigious Golden Bridge Trade & Export Awards for outstanding achievements in exporting between the UK and Belgium and Luxembourg, have been won by BelExport and […]
Thu 15/12/2016 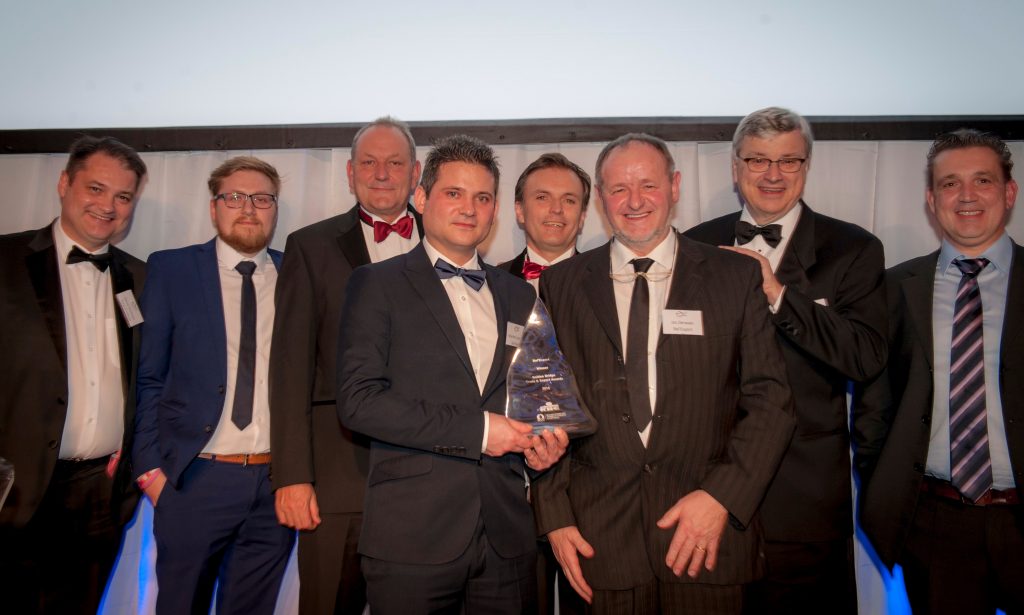 The 20th edition of the prestigious Golden Bridge Trade & Export Awards for outstanding achievements in exporting between the UK and Belgium and Luxembourg, have been won by BelExport and Shanks Group plc.

Awards were also won by Namgrass, Orega and Lancer Europe.

Family-owned company BelExport received the coveted Golden Bridge Export Award for for its hard work in a very competitive and high risk environment, its continuous quest for innovation in what many would consider a basic and simple product – basically apples and pears – and for its sheer determination and ongoing adaptation amid geopolitical and climate challenges.

Shanks Group, which took the award for British companies, is a waste-to-product business and impressed the jury with its investment in and commitment to the Belgian market.

The Best Newcomer on the Belgian market award went to Orega for its persistence and long term commitment to internationalising its business.

And Best Newcomer in the UK award went to Namgrass. The Jury was impressed by how two young entrepreneurial spirits, one from Belgium and one from the UK, created a niche market and turned it into a profitable and sizeable one with great potential.

The SME award went to Lancer Europe, considered by the jury to be a very successful example of cooperation between the Brussels-based HQ and the UK subsidiary.

The Golden Bridge Trade & Export Awards are an initiative of the Belgian-Luxembourg Chamber of Commerce in Great Britain, in collaboration with the British Chamber of Commerce in Belgium. The purpose of the event is to encourage exporting efforts to and from the UK and at the same time to give Belux and British products and services a higher profile abroad. Its great success has shown the need to provide Belgian, Luxembourg and British companies with a platform to prove their achievements on their respective export markets.

Category: Uncategorized
Tags: awards, BelExport, Belgian-Luxembourg Chamber of Commerce, Belgium, BeLux, Golden Bridge Trade & Export Awards, Lancer Europe, Luxembourg, Namgrass, Orega, prizes, Shanks Group, UK
We use cookies on our website to give you the most relevant experience by remembering your preferences and repeat visits. By clicking “Accept All”, you consent to the use of ALL the cookies. However, you may visit "Cookie Settings" to provide a controlled consent.
Cookie SettingsAccept All
Manage consent