The mango is regarded as the queen of tropical fruit thanks to its flavour and juiciness. Africa is its preferred place of origin. However, the quality offered by traders is […]
Fri 14/02/2014 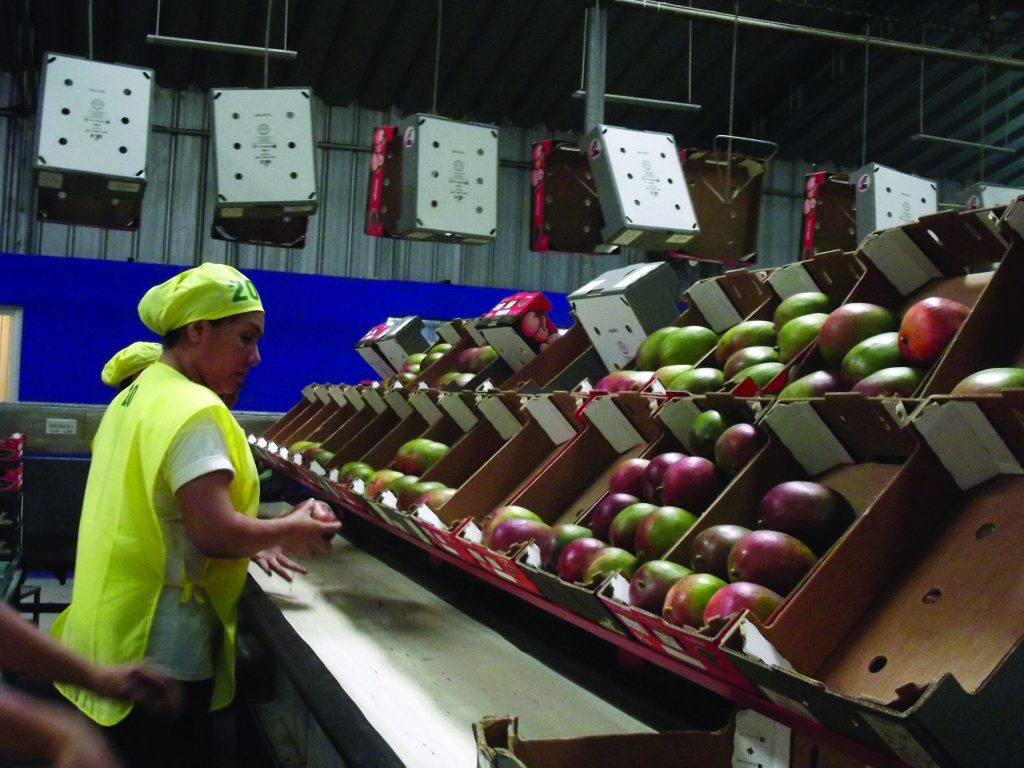 The mango is regarded as the queen of tropical fruit thanks to its flavour and juiciness. Africa is its preferred place of origin.
However, the quality offered by traders is often uneven, and consumers can be dissuaded. In recent years, mango consumption in the European Union has been stagnating. Despite huge promotion campaigns, consumption remains flat at around 230,000 tons. Already twenty years ago, experts were predicting that this tropical fruit could compete with the tropical king, the banana. Today, the mango represents only 5% of all tropical fruit imports. Quality problems on the shelf are the main reason why consumers don’t pick up this nutritious, healthy product. The mango is still considered a delicacy, not a bulk product. Delivering a superior product is a difficult task.
The easiest way is to ship an almost ripe product by plane, but then the product becomes too expensive. Shipping by container is challenging, as the product has to be loaded unripe and then ripened on arrival to transform it to a fruit that is ready to eat.
Brazil and Peru are the main players in the market, accounting for two thirds of it. The Brazilian mango supply for world consumption is greatest from September to March. With all of the varieties grown (Haden, Tommy, Atkins, Kent, Keitt and Palmer), about 90,000 tons are exported to the EU a year. Prices for Brazilian mangoes are generally low because their main variety is the Tommy, which isn’t highly valued in the international market, and for this reason prices remain higher for Mexico and especially Peru, which is particularly involved in the organic side.
After a few years of medium-low production, the 2013-14 Peruvian mango season will provide an abundant volume and an excellent quality of fruit. Peru has always used air transportation, given its adverse geographical location. The real problem lies in the ability to handle large volumes of produce and the resulting logistical organization.
Pakistan, another major mango-producing country, exported 195,000 tons in 2013, up 10%, but it shipped only 12,000 tons to the EU. Almost 80% of the fruit was exported to neighboring Muslim countries. The increase in demand for mango during the holy month of Ramadan has supported this business remarkably.
Israeli mango producers maintained a market of 12,500 tons with newer varieties. The varieties most often grown in the country today, Kent and Keitt, are well known for their excellent quality, sweetness and flavour, but this is not always enough to impress modern consumers. This is because, although they taste good, consumers often buy with their eyes, but what they want to see when it comes to mangoes is plenty of blush.
It is worth having a look at production and exports from Western Africa. This region is the leader in exports in the second quarter of the year. Imports are growing every year, reaching almost 30,000 tons in 2013. During the second quarter, taking 30% of the annual sales, these African imports represent 40% of the market. After the year of rebellion, 2011, Ivory Coast was able to export 15,000 tons. Top quality produce comes from the Korhogo Department in the north of the country. Neighboring countries Senegal, Mali and Guinea also have their production in the region. It is a huge logistical adventure to bring this top quality product to the European market. But the effort is rewarded by the consumer.