The Terlano Consortium management team is once again complete, just in time for the start of the new apple season. In recent months a new marketing manager, a new sales […]
Sat 29/09/2018 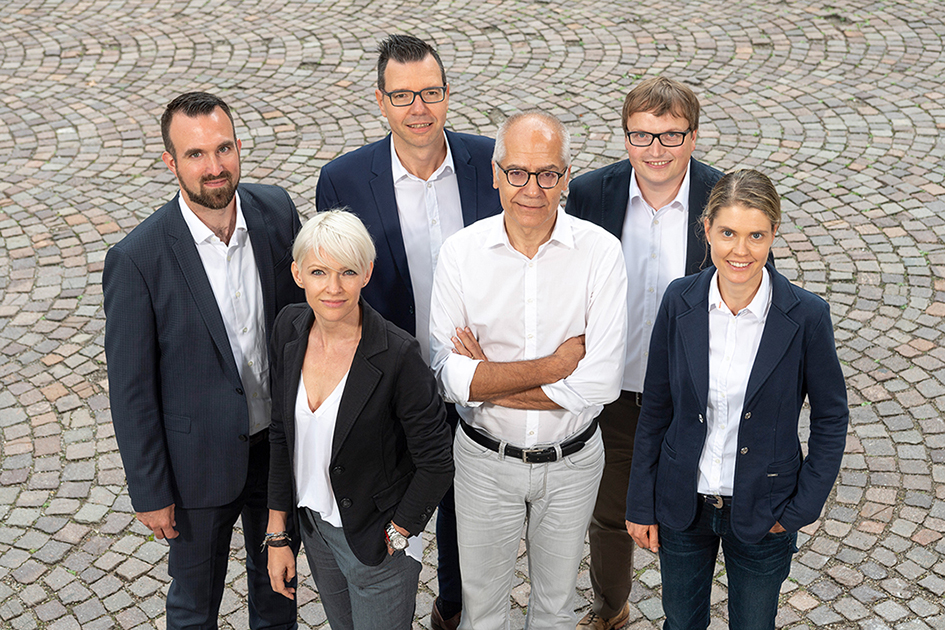 The Terlano Consortium management team is once again complete, just in time for the start of the new apple season. In recent months a new marketing manager, a new sales manager and a new Club apple manager have all arrived at VOG.

On 16 July Hannes Tauber joined the company as marketing manager. Hannes Tauber has several years’ experience of the operations and activities of the Consortium: as Sales Promotion Manager for South Tyrolean food products at EOS, now IDM Alto Adige, between 2010 and 2016 he was head of the Sales Support Trade department for quality South Tyrolean products. He then spent a year and-a-half at the Consumers, Health, Agriculture and Food Executive Agency (CHAFEA) coordinated by the European Commission and located in Luxembourg. Here, as Project Officer, Hannes Tauber developed marketing plans for European food products, focusing particular attention on states outside Europe. Hannes Tauber was born in Rasa, in the municipality of Naz-Sciaves, in 1983 and studied Economics and Marketing in the Agro-Industrial System at the Agriculture Faculty of the University of Bologna.

Another new face is Klaus Hölzl, who since 1 August has headed a Sales Office of 22 people at the Terlano site in his role as sales manager. Together with the management he will be responsible for coordinating and boosting sales in the key markets and among customers managed by the central sales office. The VOG sales office is also responsible for marketing all of Club apples secured via a licensing contract. Klaus Hölzl, 35, hails from Marlengo and graduated in Economics and Management from the University of Bolzano. Following his first professional experience as a quality auditor for Bio Meran, from 2008 he worked for the prestigious IPRONA company in Lana, covering the role of Area Sales Manager and overseeing relations with various international export markets and select customers in Europe. In 2017 he moved to Sublima GmbH as Business Development Manager to help create an independent sales structure for food industry raw materials.

In early March, Simone Pilati also joined the sales team as Club apple manager. Simone Pilati was born in 1972 and has many years of experience as sales manager and later general manager of the “La Trentina” consortium in the nearby province of Trento. With the growing harvests of the new varieties, the planning of sales and the coordination of related activities with those responsible for assortments and packaging in the consortiums have become key issues which Simone Pilati will focus on in close contact with the sales manager.

VOG Consortium Director Gerhard Dichgans would like to wish our new colleagues all the best in their roles.

Category: Uncategorized
Tag: VOG Consortium; New Team; 2018
We use cookies on our website to give you the most relevant experience by remembering your preferences and repeat visits. By clicking “Accept All”, you consent to the use of ALL the cookies. However, you may visit "Cookie Settings" to provide a controlled consent.
Cookie SettingsAccept All
Manage consent