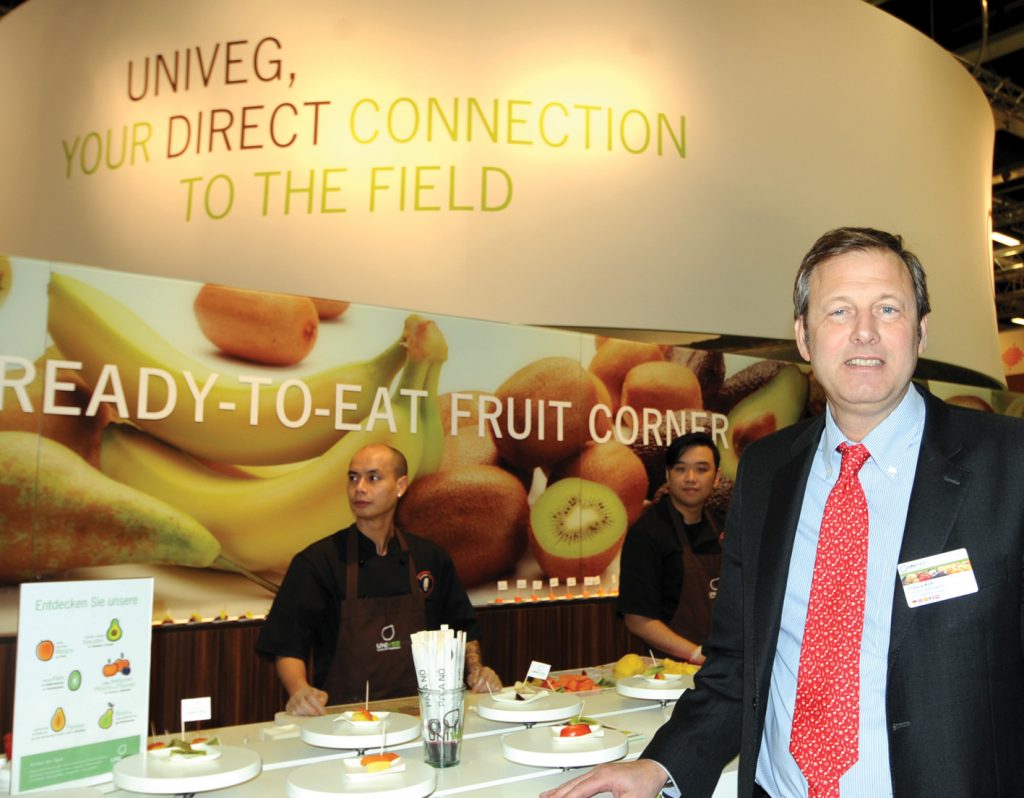 “The decline in European fruit and vegetable consumption is a real paradox in view of the consumers’ increasing need for healthier products”, exclaimed Francis Kint, the managing director of UNIVEG Group. This observation is all the more bitter because fresh fruit and vegetables constitute a significantly more sustainable value chain than other food products. “The first thing we have to do is to guarantee a positive eating experience”, he warned. For this reason, UNIVEG has staked a lot on offering its customers pre-ripened “ready to eat” fruit. “We are the largest European fruit and vegetable ripener and can now use this infrastructure to expand our range of ripened products”, he pointed out. UNIVEG ripens nearly 500,000 crates a week of bananas and tropical fruits, approximately 10% of the fruit ripened in Europe according to the group’s estimates. It is the unchallenged leader in Germany and also has its own ripening facilities in Britain, Austria, Spain, France, Italy, the Netherlands and Poland. UNIVEG Katopé UK and Bakker Barendrecht were the first in their respective markets to ripen stone fruit and tropical fruit (largely mangoes and avocados). Each of the group’s subsidiaries has made major technological investments. “Facilities for avocados and mangoes constitute 20% of our total ripening capacity”, explained Francis. On the strength of this achievement, UNIVEG’s eating-ripe tropical fruit clients have more than doubled in 2013, with Germany accounting for 25% to 30% by volume. The group is also increasing its undertakings to farmers and last month announced the renewal of 2000 ha of banana contracts in Suriname following the privatisation of the state-owned farms. The UNIVEG group has around 9000 ha of its own crops, including 3000 ha of apples and pears in Argentina and avocados, apples, pears, grapes and citrus fruit in South Africa “We have sourcing teams in all the main growing countries worldwide. Our latest location is Colombia”.  The group is also pursuing the expansion of its distribution network, particularly in the United Kingdom, where at the end of January it acquired the third-largest pear and apple importer, Empire World Trade, a neighbour of its subsidiary UNIVEG Katopé UK. “We will continue to move forwards in the UK market and achieve our strategic objective of becoming one of the top five British importers”, revealed Francis.
PE