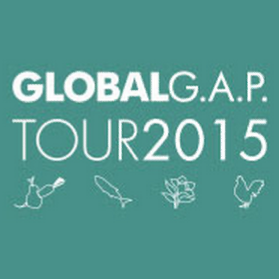 The “TOUR 2015” event from 9am–1p.m. in the McCormick Place Convention Center features a keynote address by the U.S. Food and Drug Administration’s Deputy Commissioner Michael Taylor on the FDA’s view of the role of on-farm audits in the coming era of the landmark Food Safty Modernization Act (FSMA) legislation.

Up next, GLOBALG.A.P. explores the rising trend of going “Beyond Food Safety” with a look into sustainability and worker welfare concerns. Environmental consultant Robert Denny will moderate this session with panelists Gavin Bailey of Walmart; Mary O’Rourke of the U.S. Department of Labor; Chris Waldrop of the Consumer Federation of America; Driscoll’s Strawberry Associates’ Tamara Muruetagoiena; and Costco’s Craig Wilson.

The third session looks ahead to the future role of third-party audits in the changing landscape of farm certification, and includes such panelists as the USDA’s Ken Peterson; the Equitable Food Initiative’s Peter O’Driscoll; SQFI’s LeAnn Chuboff; Equicert’s Michael Hari; and sustainability consultant Roberta Anderson.

Key issues for the sector

“These are critical issues for our industry, so I encourage you to consider extending your stay through Thursday’s conference.” said United Fresh’s CEO Tom Stenzel.

GLOBALG.A.P.’s President Kristian Moeller noted: “We greatly value our partnership with United Fresh and are pleased to offer our first North American TOUR event in conjunction with their convention.”

Category: Uncategorized
Tags: conferences, farm certification standards, GLOBALG.A.P., United Fresh
We use cookies on our website to give you the most relevant experience by remembering your preferences and repeat visits. By clicking “Accept All”, you consent to the use of ALL the cookies. However, you may visit "Cookie Settings" to provide a controlled consent.
Cookie SettingsAccept All
Manage consent