Grocery remains one of the sectors least affected by the macroeconomic and political situation in Russia. That’s mainly because it offers basic products of high necessity and the market’s growth […]
Fri 18/12/2015 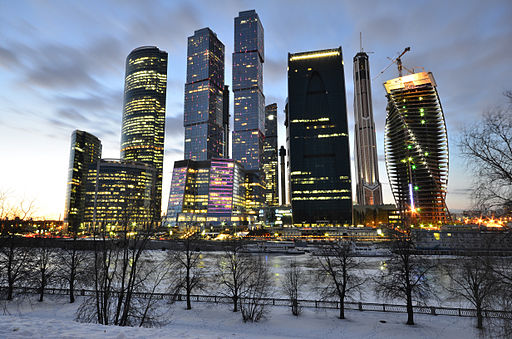 Grocery remains one of the sectors least affected by the macroeconomic and political situation in Russia. That’s mainly because it offers basic products of high necessity and the market’s growth is supported by the increasing sales value of large area store chains which are continuing their expansion in Russia.

But even so, a new USDA GAIN report on retail foods in the Russian Federation says over January-September 2015, Russian retail sales turnover fell 8.5% year-on-year (in comparable prices) reaching $338 billion in value terms and food sales were down 8.3% to $165 billion.

Russia’s ban on a numerous food and agricultural products from Canada, the United States, Europe, Australia and Norway in August 2014 had a tremendous effect on grocery segment and hit retailers and Russian consumers hard. The sudden drop in food supply led to price hikes in several food categories ranging from vegetables to dairy products. “Market analysts have stated that even if Russian producers are able to replace all imports eventually, prices are not likely to ever fall back to previous levels,” the report says.

Another trend in food retail in Russia is that busier lifestyles, particularly in Russia’s largest cities, has created steady growth in demand for products such as chilled ready meals and frozen ready-to-cook products. Supermarkets, hypermarkets, and independent grocery stores have responded by boosting their offerings of chilled and ready-to-cook meals.

Similarly, increasing health-consciousness has spurred a greater offering of healthy, low-fat, salt-and sugar-free foods, fresh exotic fruits and vegetables. High-end supermarkets have begun to develop a range of organic foods, and some entrepreneurs have tried to develop supermarkets specialising in organic produce.

Though disposable income in Russia is expected to drop along with the falling ruble and rising inflation, making all imported products more expensive for Russian consumers and causing prices for organic products to rise in the near future, Euromonitor experts estimate the category will keep growing at 5% yearly to reach $90 million by the end of 2019.

The number of internet users in Russia grew 5% in 2014 to 87 million, with the biggest growth of new online customers in Russia’s regions. Indeed, regional expansion was the main driver of internet retailing expansion, as saturation in the markets of big cities negatively reflected on the channel’s overall growth towards the end of 2014.

According to a Profi Online Research study, only 17% of Russians order grocery products online. Respondents asked why they did not buy grocery items online most often mentioned doubts regarding quality and freshness – particularly for fruits and vegetables.

Category: Uncategorized
Tags: e-commerce, GAIN reports, Russia, Russian Federation, Russian food retail
We use cookies on our website to give you the most relevant experience by remembering your preferences and repeat visits. By clicking “Accept All”, you consent to the use of ALL the cookies. However, you may visit "Cookie Settings" to provide a controlled consent.
Cookie SettingsAccept All
Manage consent