The rise of e-commerce was among the challenges for retailers – and nations – that Tesco CEO Dave Lewis raised during a speech today in London. Saying that “increasingly the […]
Mon 09/11/2015 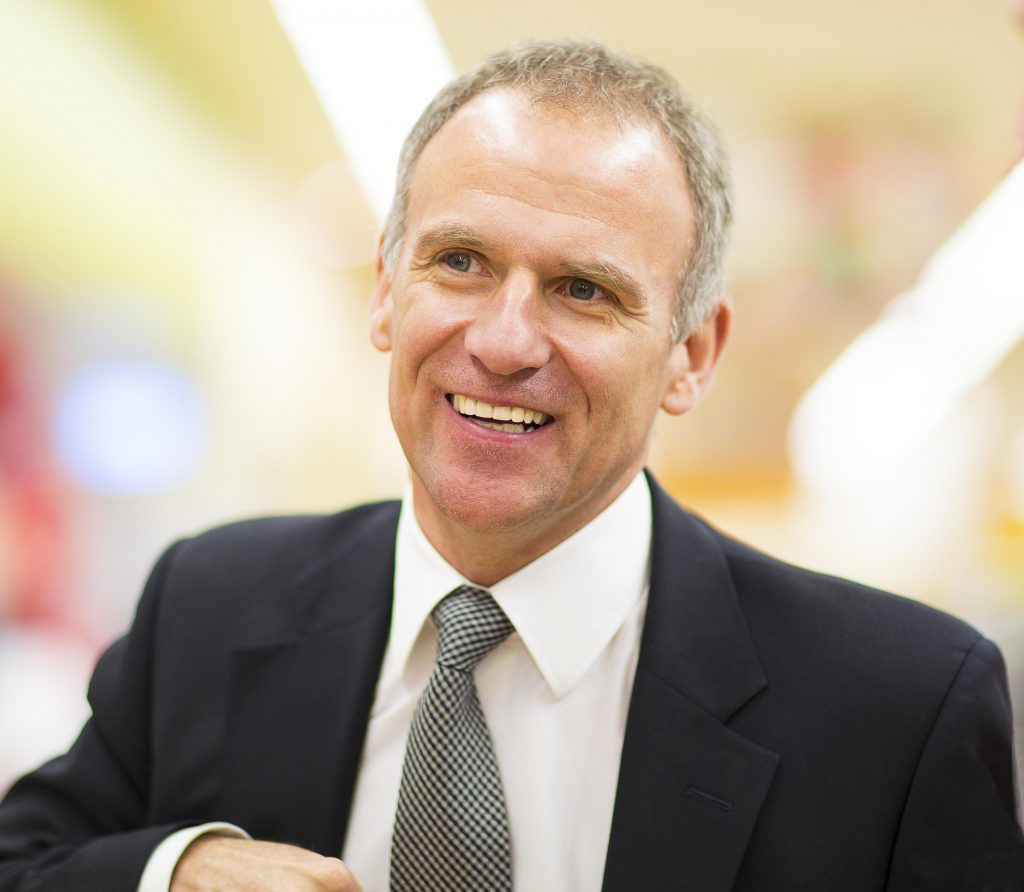 The rise of e-commerce was among the challenges for retailers – and nations – that Tesco CEO Dave Lewis raised during a speech today in London.

Saying that “increasingly the world is mobile first, “ Lewis said major online retailers report more than half of their UK transactions are completed on a smart device. “In the UK, digital retailing has doubled over the last five years to become a £10bn business.”

“As a business, we expect continued growth…the challenge for us is how to make our online business of tomorrow as profitable as our offline business yesterday,” he said.

But there are significant challenges the growth of digital  poses for the nation, too. “Digital operations have no real community footprint, far fewer employees and a far lower tax contribution.That should be a dilemma for the Exchequer. Without rebalancing to reflect digital business models the physical side of retail pays a higher and higher proportion of the total tax bill.

“Furthermore it will incentivise a swifter shift to infrastructure light, low employment business with little interaction with communities,” he said.

The growth of limited range retailers and convenience shopping

“Our big stores are also seeing a high proportion of convenience shopping trips – 76% of Tesco convenience trips take place in our Extras or Superstores. But I don’t see this as a challenge per se – I see it as a shift in what customers want or need – and it’s our job to respond.

“What I do see as a challenge is that whilst the customer was heading in one direction the industry was heading in the other…between 2007 and 2014 it added around 35 m sq ft,” Lewis said, going on to talk about the pain caused by having to close stores and halt construction on others.

Lewis said the real challenge for the sector is that it is struggling with structural cost at a time of historically low profitability. While two years ago food inflation was running at 4%, now it’s -2.4%. That’s great news for customers but puts significant pressure on parts of the retail industry.

“In supermarkets profitability has sunk from 5% to 2% in five years and now we face significant new cost pressure. This is a potentially lethal cocktail,” Lewis said, going on to say that meanwhile property values have fallen but business rates are up. Tesco’s own business rates bill has climbed well over 35% in the last 5 years. “That’s an enormous pressure. Shops have closed. Businesses lost. Jobs sacrificed,” he said.

And on the UK’s National Living Wage, Lewis called for fuller debate, saying that while Tesco was supportive of the living wage when announced, “our concern, and the concern of many colleagues, is that there is pressure to increase base pay at the expense of benefits. We don’t think this is the answer.”

Lewis went on to discuss the need and – opportunity – for the retail industry and business to work closely with government on three issues.

“Firstly, I would encourage the industry and Government to sit down at the highest level and consult on the multiple policy changes that are affecting the industry, to share together the consequences of higher rates, the living wage and initiatives such as the apprenticeship levy,” he said.

Secondly, he called for partnership on employment, skills and training challenges.

And Lewis said health and food education is the third area with real potential for partnership and innovation.

“Millions of Britain’s shoppers are weekly Tesco customers.  We have more than 40 million transactions a week. And when we reformulate, we can remove billions of calories from their shopping trips.”

Tesco estimates it has helped save around 1,500 lives through joint efforts to reduce salt and its action on soft drinks means the average customer is now buying 20% less sugar in such drinks, examples of just some of Tesco’s health initiatives. “We make large scale contributions to heart health, cancer research and the fight against diabetes,” he said.

“I want to partner and innovate more on health. Not because I want to burnish Tesco’s image but because two thirds of supermarket shoppers want me to,” he said.

“We are uniquely placed to nudge millions of people every week towards healthier choices. Our customers want it and the government can benefit greatly from it… if we can meet in the middle ground. Nurturing growth – social value alongside economic value – in an era of extraordinary change needs a new level of collaboration.”

Lewis was speaking at the CBI conference. The CBI is the UK’s premier business lobbying organisation, providing a voice for employers at a national and international level.

Category: Uncategorized
Tags: Dave Lewis, JB, Retail, Tesco, UK retail, UK supermarkets
We use cookies on our website to give you the most relevant experience by remembering your preferences and repeat visits. By clicking “Accept All”, you consent to the use of ALL the cookies. However, you may visit "Cookie Settings" to provide a controlled consent.
Cookie SettingsAccept All
Manage consent