Photo: Garce Fruit Chile Demand for Chilean cherries has recovered after suffering severe price cuts. In mid-January, with about three weeks to go before the Chinese New Year, the whole […]
Mon 15/02/2021 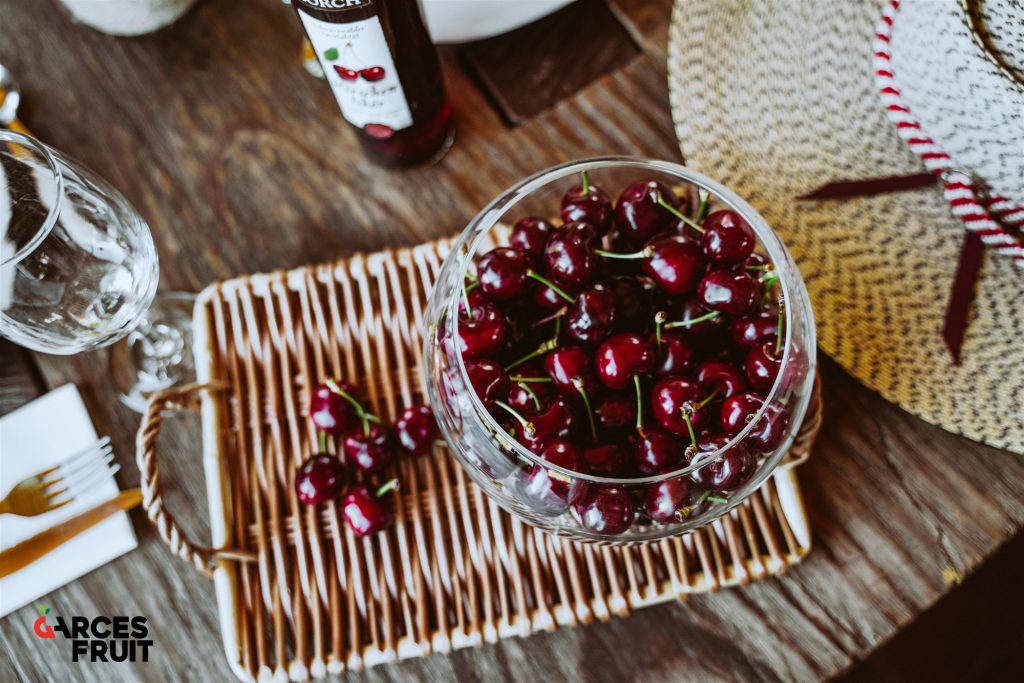 Demand for Chilean cherries has recovered after suffering severe price cuts. In mid-January, with about three weeks to go before the Chinese New Year, the whole industry had expected high sales and prices. However, on January 22, news spread on the internet that the Centre for Disease Control and Prevention had found a positive nucleic acid test for Covid-19 on the inner surface of an imported cherimoya fruit during routine monitoring of imported food.

The incident caused a shock in the Wuxi market. Local dealers involved in the incident had their goods detained and their personnel isolated. Other dealers returned goods to suppliers in Shanghai market.

On Saturday, the news was widely relayed on social media and also reported on China’s central television networks. Although it was clearly pointed out that there was only one positive case, and the results of 199 tests were all negative, indicating that consumers did not need to panic, consumers continued to link cherries to the positive result, which caused consumer panic and led to a slump in sales.

Nearby Shijiazhuang also saw positive cases during inspections, and a document was issued banning the consumption of imported fruits, which further expanded the panic. As a result, Guangzhou, Shanghai and other first-line markets had no market or volumes, and the pessimism spread throughout the country.

For a time, cherries switched from being a favourite fruit to a virus carrier in the public’s minds, which left the whole industry in an unprecedented embarrassing situation. With sales of cherries halted in Guangzhou, Shanghai and other primary markets, this led to a blockage throughout the industry.

Liu Xiang, a marketing and operations manager, said that the incident had led to a 70% drop in weekly shipments of his company, mainly because the secondary market and channels did not dare to stock up. Foodview said that the incident had also seriously damaged the cherry industry in New Zealand. Unlike Chilean cherry exporters, New Zealand exporters always perform immediate purchases, immediate packaging and immediate transportation, as their main selling points. When there is a large-scale blockage in the market, many goods are lost.

The industry has often been worried about the occurrence of similar incidents, but did not expect such a rapid spread or heavy impact. Chile’s cherry exporters association held a meeting with importers and exporters overnight to discuss coping strategies. The conclusion is that we must reverse the direction of public opinion, immediately carry out publicity and education for consumers, and perform a great deal of online public relations work. Wu Zunyou, chief epidemiologist of China’s Centre for Disease Control and prevention, Zhang Wenhong, spokesman of Shanghai Xinguan epidemic prevention, and CCTV all made public comments on the internet to educate consumers.

When the cherry market was stagnant, a wholesaler in Jiaxing launched the first shot at cherry sales by selling fruit at ultra-low prices and marking the price clearly. Pictures were spread widely across the internet. The cherry price plunge became a hot search term, which triggered a rush to buy.

Under the dual influence of ultra-low prices and the shift in public opinion, the market gradually recovered. As of Thursday, the price recovered to 70%-80% of the previous level. On Friday, due to the rapid price rise, buyers appeared to be in a wait-and-see mood, and sales began to slow down. But what we can see is that despite consumers’ doubts about cherries, as long as prices are low enough, they can still attract enough consumers. So there should be no problem selling out of cherries this year. It’s just a matter of price.

Over the past week, consumers have gone from panic to doubt, and then to reassured, while the industry has gone from despair to hope, and then to caution, just as in a turbulent stock market

Category: Uncategorized
Tags: cherries, Chilean exports
We use cookies on our website to give you the most relevant experience by remembering your preferences and repeat visits. By clicking “Accept All”, you consent to the use of ALL the cookies. However, you may visit "Cookie Settings" to provide a controlled consent.
Cookie SettingsAccept All
Manage consent