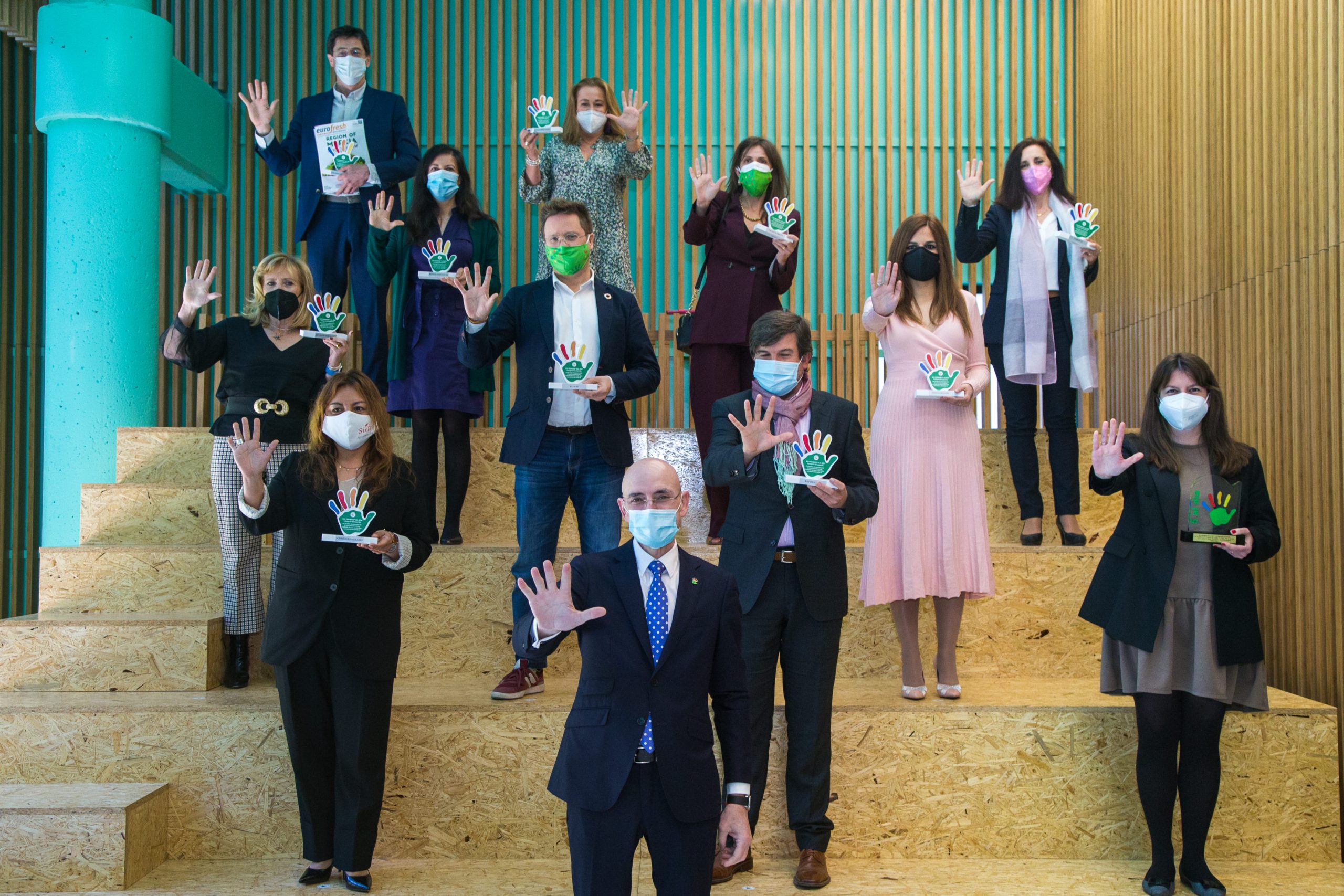 The XIII Professional Conference “5 a day” took place on March 10, sponsored by Euro Pool System Spain, Cajamar, Patatas Meléndez, Sakata Seed Ibérica and UNIQ. Fruit Attraction and Mercamadrid also collaborated. On this occasion, the event took place in a hybrid format due to the pandemic, with participants attending in person in the Mercamadrid assembly hall and via streaming through the YouTube platform.

The meeting was opened by José Miguel Herrero, general director of the food industry of the Ministry of Agriculture, Fisheries and Food and Mercamadrid director David Chica, while the moderator was the president of the association, Joaquín Rey.

David Chica pointed out that Spain is to introduce a “pioneering law” on food waste this year, to give continuity to the government’s commitment to reducing the amount of food discarded. Also in alignment with this goal is the “Perfectly Imperfect” campaign, launched by 5 a day in Spain.

Raúl Calleja from Fruit Attraction confirmed that from October 5 to 7 Fruit Attraction will be held both in person and digitally. He also presented the new image of the fair, a QR code, as well as the event’s “Figital” approach, which represents a combination of the physical and the digital.

Jordi Mur, director of innovation and projects at AECOC, helped attendees explore the European Recovery Funds “NextGenerationEU” which will represent an injection for Spanish companies of more than €140,000 million, divided between loans and transfers.

This year will be key for the fruit and vegetable sector and for entities related to the production, marketing and promotion of fresh produce around the world, as it has been declared by the United Nations “The International Year of Fruits and Vegetables (AIFV )”. For this reason, the event was attended by Alejandra Domper, executive secretary of 5 a day Chile and a member of the FAO International Fruits and Vegetables Steering Committee, who told us about the opportunities for the fruit and vegetable sector during this special year.

To end the day, the “5 a day” awards were presented. In addition to rewarding the commitment of entities participating in disseminating the “5 a day” message, the organisation also wanted to recognise the valuable work of all the communication media in the sector that has collaborate closely with the association every day.

The winners this year are:

In the Children’s category: EL DULZE GROWERS, SL for its multimedia project Mundo Carakuato, which aims to promote a healthy life and the consumption of fruits and vegetables through an educational video game for mobile, web and tablet formats. The award was presented by the president of “5 a day” and collected online by Noemí Pérez from the marketing and communication department.

The award-winning entity in the Society category is the association to promote the consumption of broccoli: + BROCOLI, for its commitment to disseminating the importance of healthy habits, particularly by consuming fruits and vegetables and broccoli in particular. Receiving the Mª Ángeles Piné Award was the communication department manager Joaquín Rey.

The president also presented awards to the winners in the Disclosure category:

• AECOC, for its publication CODE 84.

• Agrifood Comunicación, for its publication QCOM.ES.

• Lameyer, for its publication MARKET MAGAZINE.

• Sucro, for its publication VALENCIA FRUITS.

At the end of the events, “5 a day” delivered all the fruit and vegetables used in the decoration to the Mercamadrid delegation of the Food Bank, doing its bit to help those most in need and in the fight against food waste.

Category: Uncategorized
Tags: ‘5 al día’, Madrid, XXIII ASAMBLEA GENERAL
We use cookies on our website to give you the most relevant experience by remembering your preferences and repeat visits. By clicking “Accept All”, you consent to the use of ALL the cookies. However, you may visit "Cookie Settings" to provide a controlled consent.
Cookie SettingsAccept All
Manage consent