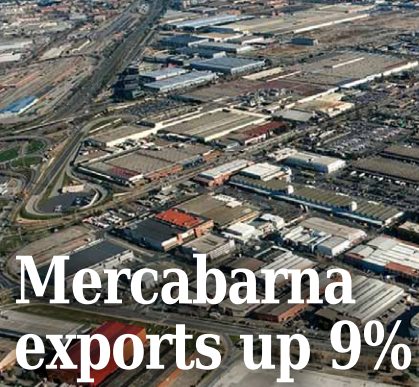 Fruit and vegetable exports from Mercabarna rose by 9% in the first half of 2015 compared with the same period in 2014, according to data from the Catalan market. Indeed, in 2014 the companies in Mercabarna’s horticultural sector sold 1.7 million tons (between the Central Market and the Complementary Activities Zone).

The market hub in Barcelona attributes the export boom in the first half of 2015 to promotion by the Mercabarna Export cluster and presence in international fairs like Fruit Attraction and Fruit Logística, which have made Mercabarna a benchmark for suppliers around Europe. The market currently has business relationships with all corners of Europe. In 2015, the cluster has carried out studies to determine the feasibility of exporting to Algeria, the Arab Emirates and Ireland, where they have carried out direct missions that will be bolstered in 2016 “for importers interested in learning about Mercabarna,” said Josep Tejedo, director general of Mercabarna. Another relevant fact is that more and more shoppers are going directly to buy at the market, mainly from France, Italy, the United Kingdom, Poland and Ireland. “The ease of management, storage and transportation as well as the range, freshness and quality of the produce, allow for convenient and efficient purchases,” said Josep Tejedo.

Sea and air connections to Paris, Germany and Dubai to improve

Transportation has also become a significant aim for the Mercabarna Export cluster, which supports the rail terminal for lorries that is to be completed in 2019 on land owned by the Port of Barcelona, 2 km from Mercabarna. The first lines to be launched will be Barcelona-Paris and Barcelona-Germany. “This means of transport will lead to improved logistics efficiency and a reduction of 10% in the cost compared to road transport, along with a significant decrease in environmental impact,” said the general manager of Mercabarna. As for air transport, improvements have been made in the range and price of flights to the United Arab Emirates. In addition, working groups have been created involving large South American exporters and fruit importers from Mercabarna to optimize routes and improve logistics prices. Mercabarna has also launched the Trends Observatory in 2015 to present new business opportunities for companies located in their food hub. These include an increase in local products in the market, linked to the growing awareness about zero kilometre food and slow food.

Espai Food and Food Trade Center as of 2016

Another project in the works, which will be ready later this year or early in 2016, is the Food Trade Center, a space for the increasingly numerous foreign buyers who regularly visit these markets to supply other countries. This space will have all the services these purchasers may need for their activities, such as telecommunications, offices, meeting rooms, etc. There are also plans to launch Espai Food in 2016, an area with all the infrastructures and services necessary for Mercabarna’s companies to be able to give presentations for their products, present new recipes, tastings, etc. Finally, it is worth noting that Mercabarna intends to go a step further in its policy against wasting food. To do so, it has commissioned the Autonomous University of Barcelona to carry out a study—to be completed in late 2015—that will classify the kinds of food losses caused by the activities of all the operators that come to Mercabarna every day, and will suggest ways to reduce them. Another ongoing challenge is the modernisation of Mercabarna’s complex, which looks set to be finished in 2020. 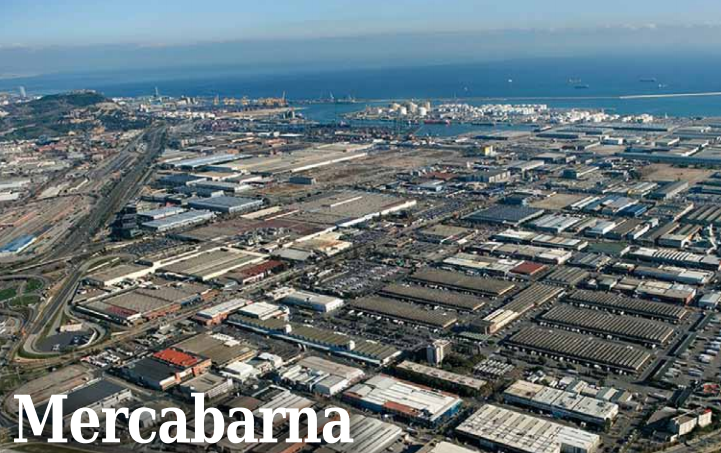 Category: Uncategorized
Tags: Mercabarna, wholesale markets, wholesale trade in fruit and vegetables
We use cookies on our website to give you the most relevant experience by remembering your preferences and repeat visits. By clicking “Accept All”, you consent to the use of ALL the cookies. However, you may visit "Cookie Settings" to provide a controlled consent.
Cookie SettingsAccept All
Manage consent