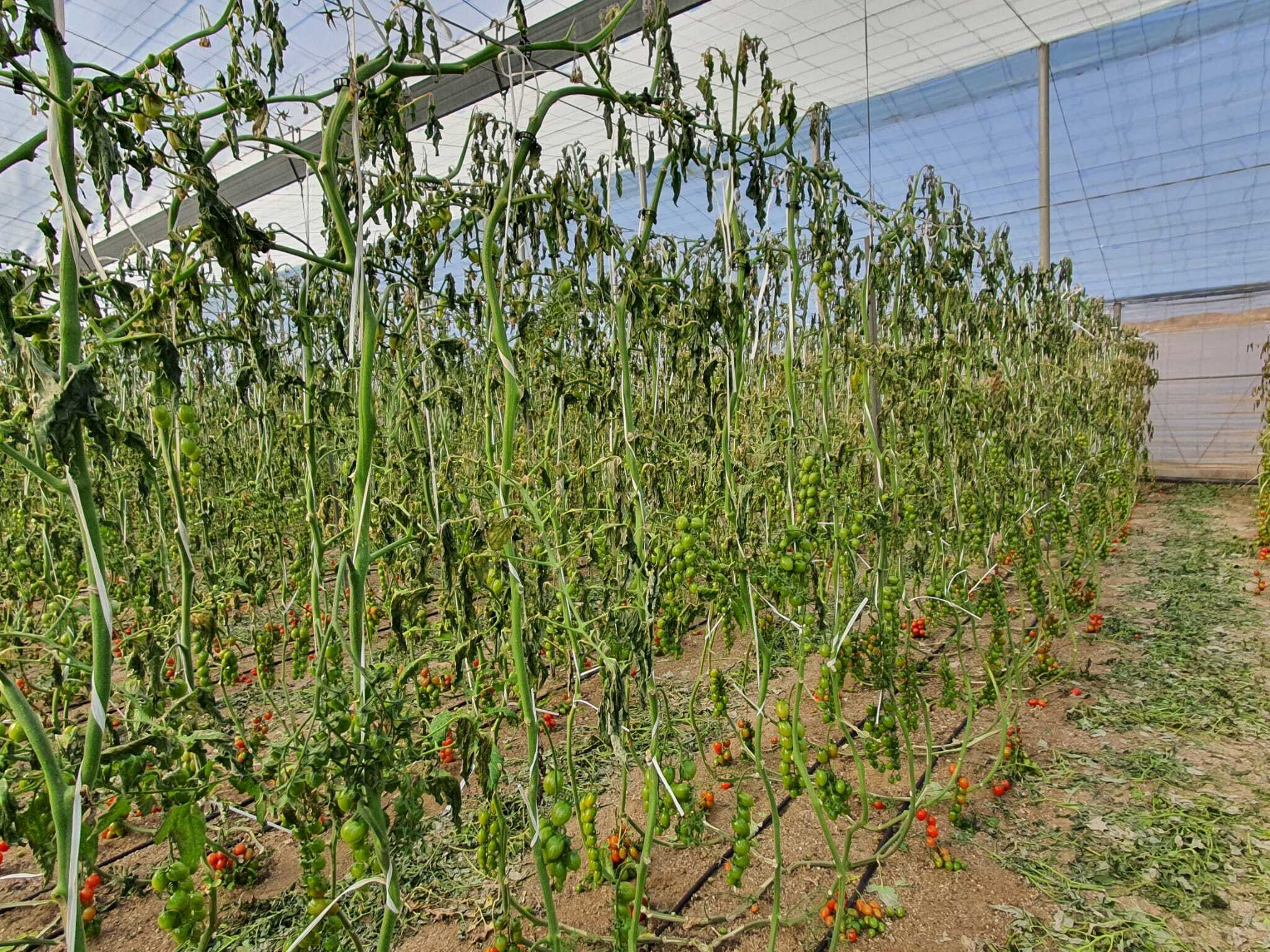 The fruit and vegetable sector in Spain was struck by record minimum temperatures last week, with rain and snow falling incessantly throughout the week, which will compromise harvests. Production has fallen considerably and is affecting all products. Prices are high as there is no capacity to supply all the demand that exists, not even to meet most of the commercial agreements that the marketing companies had already closed.

The intense cold keeps the growth of plants and their fruits paralysed while also threatening to cause damage that could be irreparable at this point in the season. Farmers do not have enough volumes either in the field or in their warehouses to supply all orders.

According to the analysis carried out by Juan Carlos Pérez Mesa, professor of the department of economics and business at the University of Almería, “in percentage terms, the products that show the greatest increase are: aubergine, courgette and cucumber. These products have practically doubled in price in a week. The price of tomato grows almost 60%. The pepper is the product with the lowest increase (17%).”

The weekly monitoring data for tomato and cucumber available to COEXPHAL reflect that the rise in prices is due to a very significant drop in production. Pérez Mesa points out that in the case of tomatoes “the decrease during the first week of the year is 27% and the same figure will remain during the next week.” Similar is the behavior of cucumbers, whose volume could fall by 30% in week 2 of this year. In the case of courgette and aubergine, a similar behaviour is expected for the next few days.

The professor from the University of Almería recalls that “although the price increase is always good news, it is not so much when they exceed the threshold at which the customer decides to stop buying.” In addition, the significant drop in the number of kilos also compromises the profitability of farmers at a crucial time for the campaign. Everything indicates that this complicated situation will be extended in time as bad weather is forecast to continue.

Cold damage manifests in various ways, depending on the microclimate of the different production areas. In parts of the province furthest from the coast, such as Campohermoso and Berja, there have been nights with frost, reaching -4ºC at the end of December. There have been losses due to freezing in many farms, affecting 20% ​​of the plants. In some cases, with relatively young plants, the entire greenhouse has been lost.” In addition, he points out that “in Berja, the frosts have brought forward the end of pepper cultivation in many places”.

Jan van der Blom warns that “the cold causes the growth points to weaken, making it difficult to flower or set during a long season. Given this, many producers who had planned to carry out a long tomato campaign, are forced to cut the plants early to carry out a spring crop.” 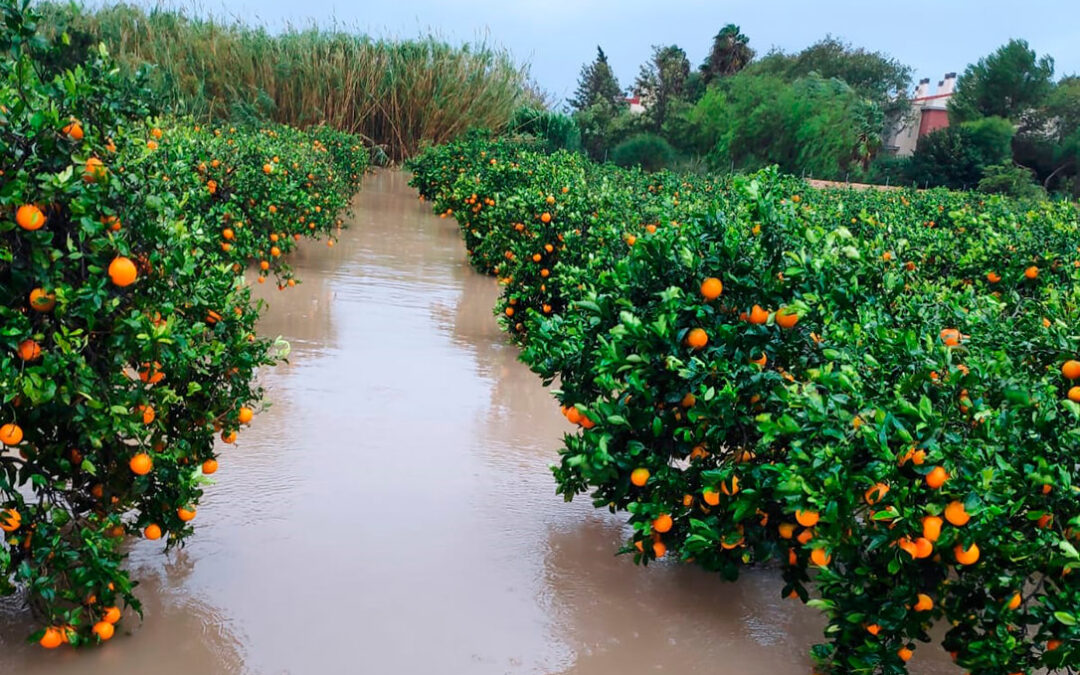 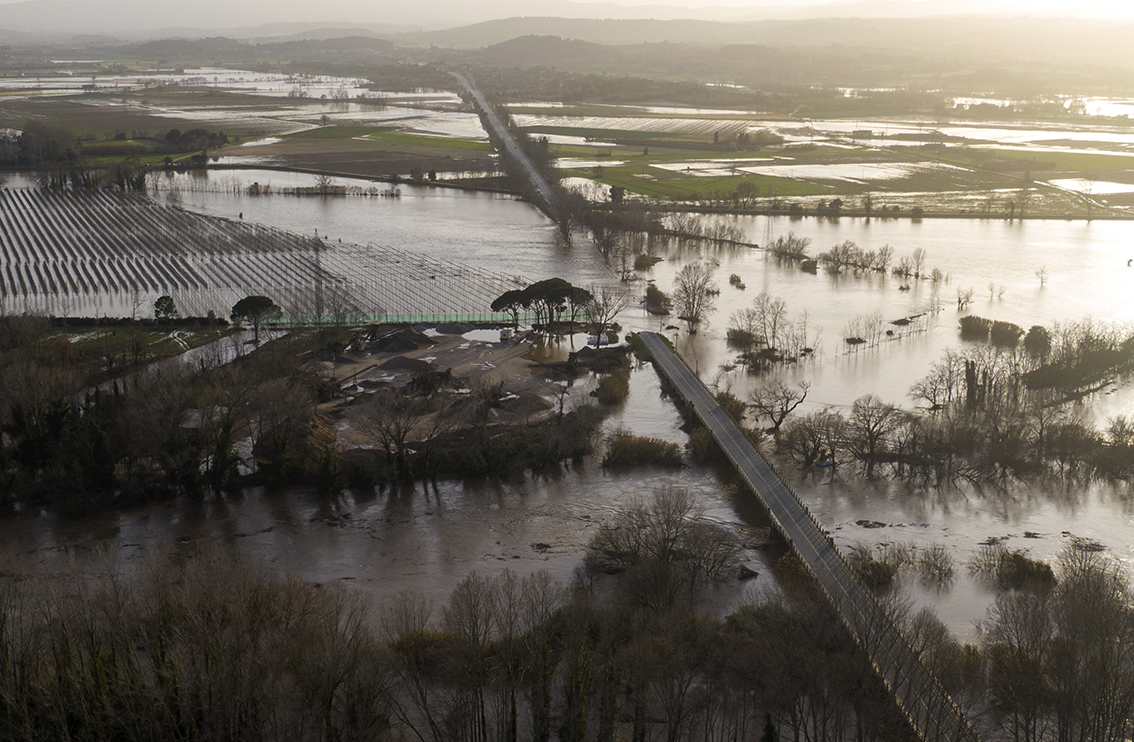 Vegetables, olive groves, citrus fruits, fruit trees and vineyards are all affected by the weather front that ravaged the coast of the Valencian, Murcian and Andalusian in the second week of September. In the Valencian community, the most affected areas were those of Vega Baja and Alto Vinalopó. In Vega Baja, total loss of some flooded vegetable fields is expected, including artichoke, potato, sweet potato, sweet potato, broccoli and cauliflower.

In total it is estimated that 6,000 hectares of vegetables have been destroyed in the Valencian community, according to AVA-ASAJA calculations. In the region of Murcia, the rain also left serious damage to vegetable crops, and the subsequent hailstorm affected the planting of broccoli in Lorca.

In Almería, it is estimated that almost 1,000 hectares of greenhouse are affected, mainly in the Region of Níjar, as well as 500 hectares of outdoor cultivation in Pulpí, Huércal-Overa and the municipality of Almería. The most affected crops are tomato and courgette.

In Malaga, hail caused damage to artichoke, lettuce and tomato, while in Antequera, it affected asparagus production.

The secretary general of ASAJA Murcia, Alfonso Gálvez Caravaca, said, “In the face of the serious and great losses that occurred both in the Murcian agri-food sector and also in the society and economy of our region, we understand that it is a fundamental priority that economic aid be obtained for all those affected through the EU Solidarity Fund, created to address extraordinary situations like the one we have experienced recently. Many stores are completely flooded, and it will take at least three weeks to a month to get to work normally. This is very important as campaigns are beginning and we have to meet the requests of our customers.”

Category: Uncategorized
Tags: catastrophe, Weather
We use cookies on our website to give you the most relevant experience by remembering your preferences and repeat visits. By clicking “Accept All”, you consent to the use of ALL the cookies. However, you may visit "Cookie Settings" to provide a controlled consent.
Cookie SettingsAccept All
Manage consent