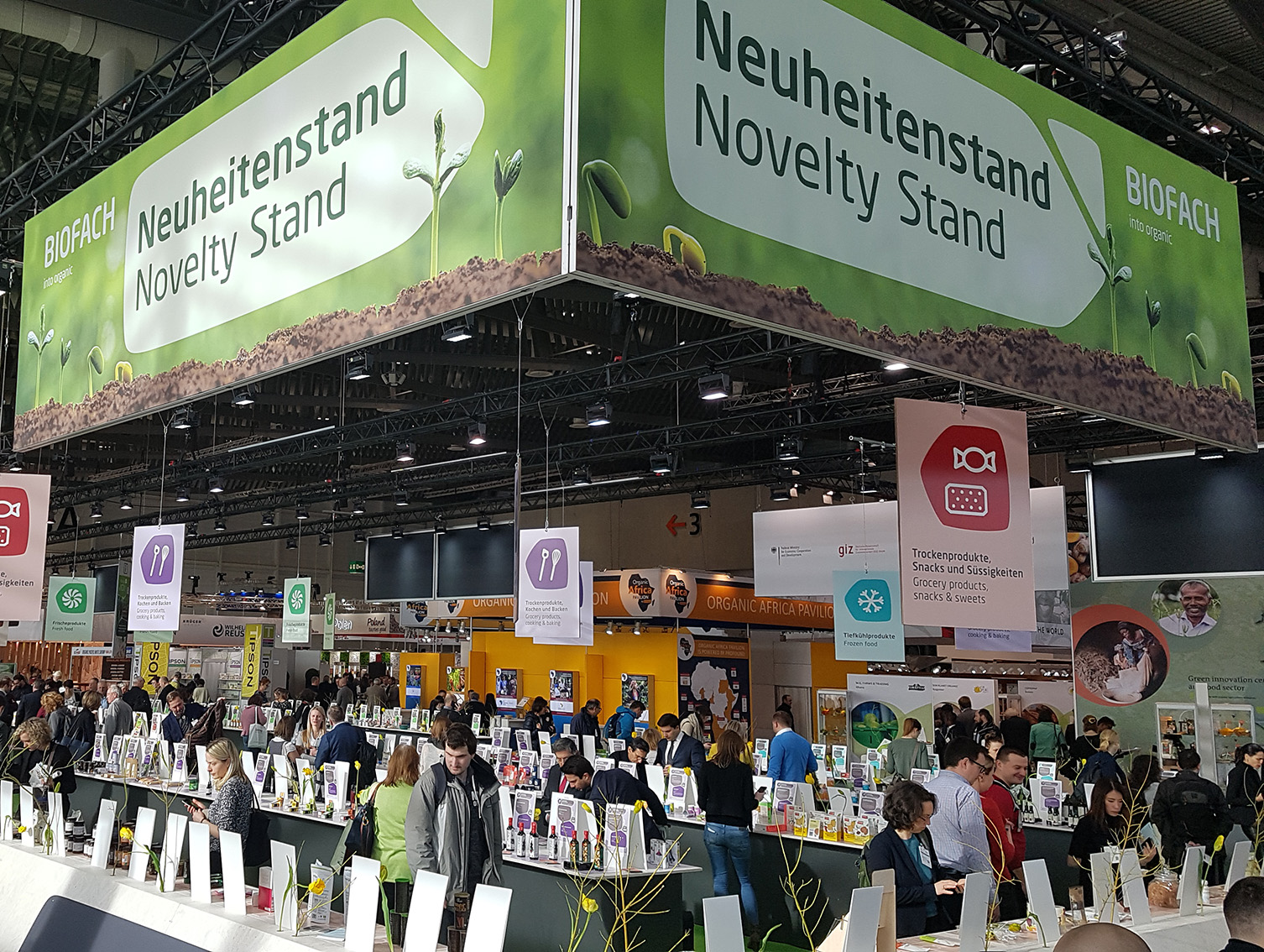 A wide range of value-chain sessions and exhibitors were covered by Eurofresh Distribution magazine during Biofach expo. They testify to the growing strategic importance of providing healthier consumer products and more ethical solutions.

Organised by FIBL with the contribution of Eurofresh Distribution, OPTA, Cotton Accelerator and Econatura, one of the panel sessions of Biofach debated how to foster and finance organic breeding, considering the new EU regulation which requires organic seed and planting material for organic crops. Certified organic planting materials still represent less than 30% of today’s organic crops. Even less is the ratio of specific organically bred varieties. All parties agreed that new value-added organic varieties are crucial to continue generating more value in the chain and to fuel increased consumption.

Forderkreis Biozyklisch-Veganer Anbau is the German and international association for promoting the “Biocyclic Vegan Standard” certified by IFOAM International. CEO Axel Anders argues that the vegan standard contributes to reducing environmental impacts, since animals have a higher CO2 footprint than plants. Germany is the major producing country so far with about 500ha of Vegan-certified crops. Certified Vegan wine, fruit and vegetables farms are emerging in France, Greece and Cyprus, with several other countries in transition, like Holland with 8 F&V producers.

India under transformation
towards organics

APEDA deputy general manager Dr Saswati Bose confirmed the gradual development of Indian organic production and consumption of fresh produce. This has also become one of the strategic goals of APEDA as the government agency in charge of promoting agribusiness exports. India exports US$515 million of organic products and produces 1.7 million tons. Its total organic area is 3.56 million ha, including 1.78 million ha (50%) cultivated. Part of the nº1 Italian apple group VIP, Bio Vinschgau is a cooperative fully dedicated to the organic cultivation of apples. It caused a sensation at Biofach with the presentation of the new “Bonita” organic apple for its flavour and attractiveness. With more than 90% “pinkish” red colouring, the variety is the result of a crossing between Topaze and CrispPink. 700 tons are available for its first commercial season. Bio Vinschgau also presented its new “Biography” project, which gives the consumer the opportunity to fully access the profile of the organic producer, with its name, story, photo gallery, videos and location. Bio Vinschgau incorporates 185 organic farmers, 1,000ha of organic orchards and 42,000 tons of certified crops. The VIP group markets a total of 350,000 tons.

With 120ha of own certified orchards, Compagnie des Pruneaux is the nº1 producer and confectioner of organic prunes in Europe, and the 3rd for conventional prunes. Founded by the Briscon family 50 years ago, the Compagnie pioneered organic production in the ‘80s. Recent investments of €13 million have helped to double production capacity. Prune puree is its major speciality, which the firm supplies to the dairy, bakery and children’s food industries.

Started 5 years ago, Kiwiny produces 27ha of organic kiwis and also develops value-added products. The firm presented a new line of energising wellness pouches based on kiwi and other fruit purees at Biofach.

With 300ha of certified plantations, Gruppo Tarulli is the leading organic and Demeter biodynamic producer of table grapes in Europe. The family company has long been dedicated to seedless varieties for export, selecting from the best breeders like IFG (Sugar Crisp and Jack Salute varieties). It supplies a large assortment of varieties for 5 months’ continued supply of red, black and white seedless varieties.

Specialists in Spanish organic products, the Legros Bio trading company has registered over 20% annual growth in its exports of biodynamic F&V. Based in Perpignan, Legros Bio exports more than 30 references of Spanish products, mainly supplying the German market. The family company is the number-one producer of young sprouts or newly germinated plants in Europe, exporting daily to all of Europe, and beyond (e.g. to Dubai). In Nürmberg, the firm presented a wider range of organic and very healthy sprouts with green pea, purple radish, and broccoli – all very nutritious and anti-oxidant. “All of our sprouts are grown under the Planet Proof environmental label,” said director Evan Vander Plas. 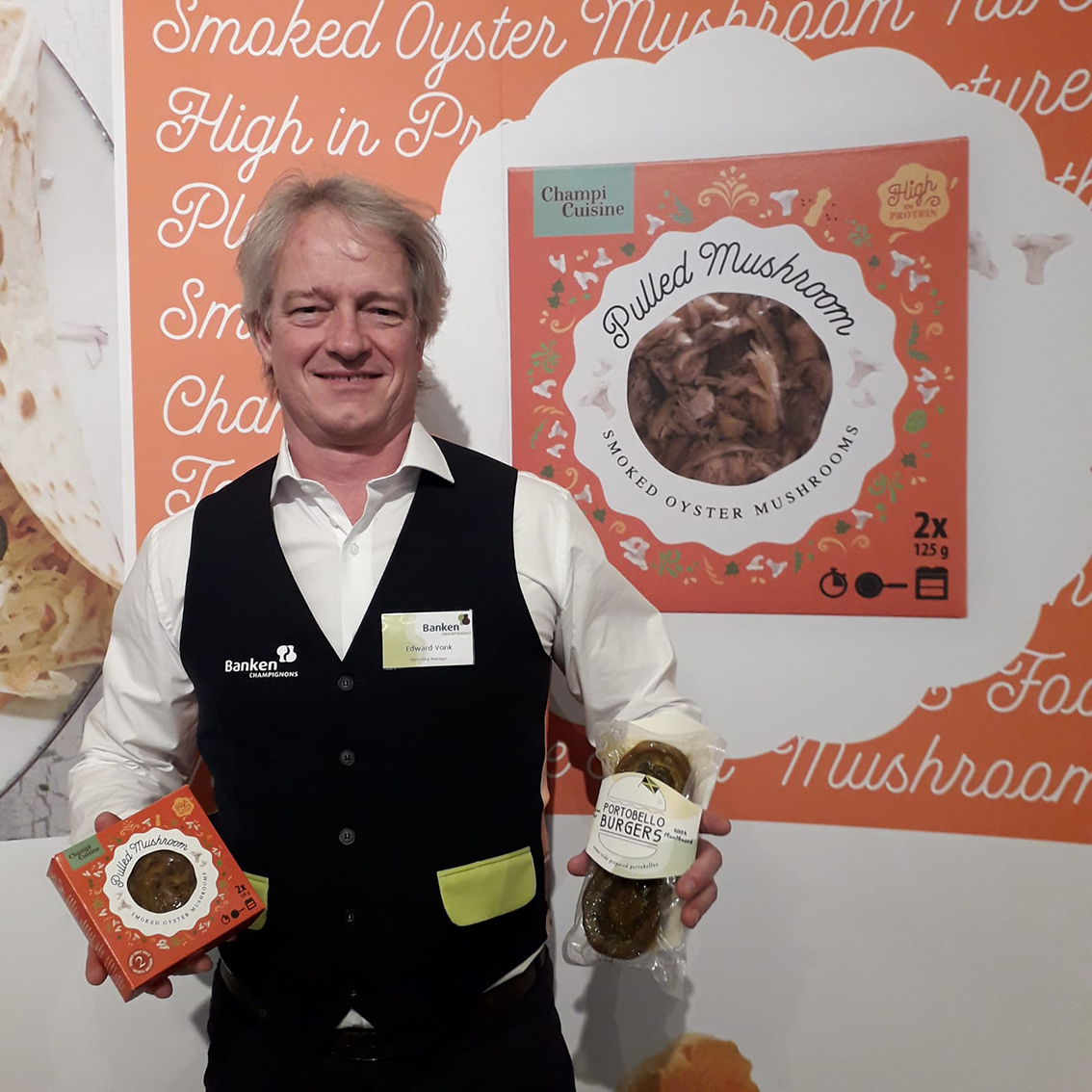 The Western European market is eating less meat and vegan options are gaining traction. With this, the interest in mushrooms as protein-rich alternatives is also growing.  Banken Champignons, a proud Dutch mushroom specialist, is continuously pushing new ways to prepare mushrooms, working together with Westland Mushrooms to release innovative products such as cordyceps and pulled mushrooms. Made from smoked oyster mushrooms, pulled mushrooms are able to mimic the look and taste of pulled pork. The product was first launched in Western Europe and the Scandinavian region in January 2020. “Pulled Mushrooms are one of the many innovative products offered by our company. Our goal is to make preparations faster and easier for our consumers,” said Edward Vonk, marketing manager of Banken Champignons. The growing concern for the environment now puts sustainability at the forefront of business initiatives and Banken Champignons sees sustainability in product packaging as a priority. As such, the company has developed new packaging made of cardboard which, in time, will replace plastic for all its retail goods.

Established in 1955 in the Netherlands, Banken Champignons Group extends its passion for mushrooms to consumers through innovative and exotic options. The company specialises in sourcing, producing, and packing a wide variety of mushrooms, and selling ready-to-eat options for consumers, such as the meal kits introduced in 2015 which contain mushroom varieties for different types of cooking /dishes. ‘The mushrooms to combine’ kits, which include Mushrooms for Pasta and Mushrooms for Meat versions, are aimed at introducing consumers to the various mushroom varieties and providing guidance in the preparation. 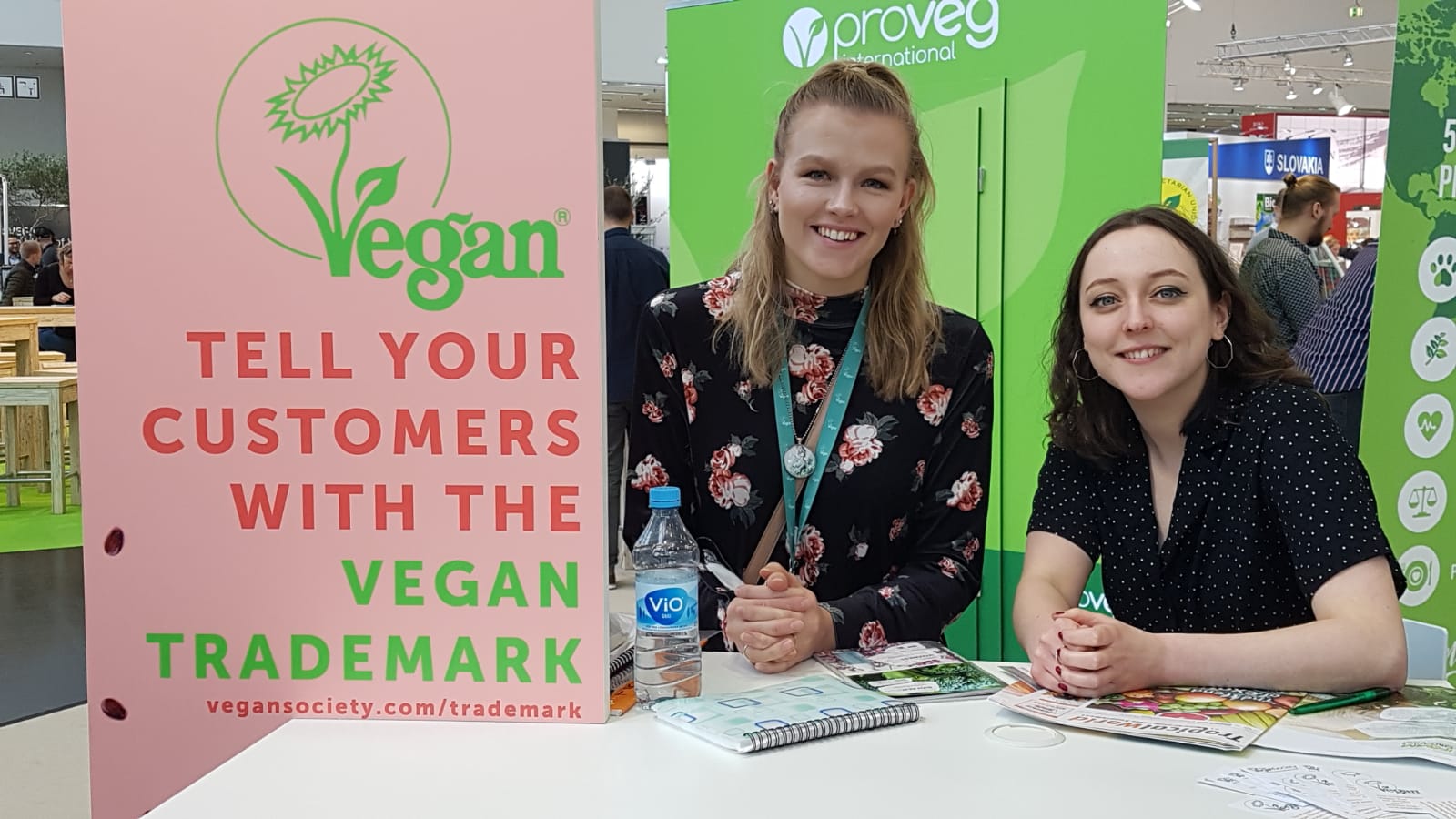 The Vegan Society promotes the certified animal free products from all level in the chain, with for example the non-animal and organic fertiliser. Indeed, animal compost and animal proteins have a much higher carbon footprint than vegetal compost and plant-based proteins… Therefore, ‘Vegan experience hub’ was created at Biofach fair to learn more about this kind of products.

Category: Uncategorized
Tags: 2020 event, Biofach, Biofach; Vivaness; Nüremberg; Organic, BIOFACH2020, event, events, events in Germany, Organic, organic food, organic fresh produce, organic produce, organics, The Vegan Society, vegan, Vegan Trademark
We use cookies on our website to give you the most relevant experience by remembering your preferences and repeat visits. By clicking “Accept All”, you consent to the use of ALL the cookies. However, you may visit "Cookie Settings" to provide a controlled consent.
Cookie SettingsAccept All
Manage consent