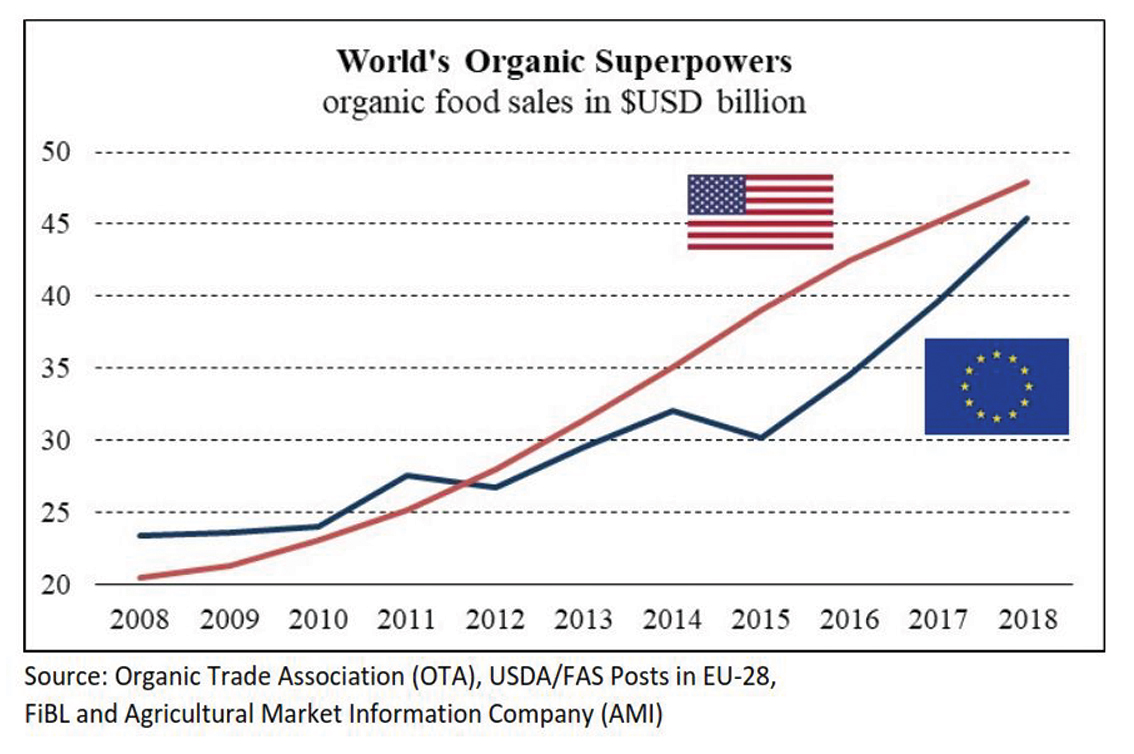 The world’s largest organic markets, the US and the EU have exhibited dynamic growth over the past couple of years. While the US overtook the EU as the leading global organic food market in 2012, the EU has been showing stronger growth of late. Indeed, over the past 10 years, the organic food market in the EU has nearly doubled. According to the Organic Trade Association, the US recorded sales of US $47.9 billion in 2018, while the EU market was worth an estimated US $45.4 billion, up 18% from the previous year, according to USDA FAS data. 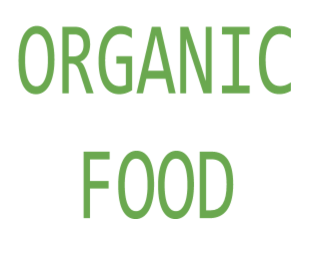 Organic sales have seen a constant increase over the last few years. According to MarketsandMarkets research, the global organic fruit and vegetable trade will reach around $62.97 billion by 2020. Last year, the largest markets were the US, Europe and Asia-Pacific and trends show that the US and Asia-Pacific are the most promising, especially India and China. They are both preparing for huge trade to come: a few months ago, the US and some leading countries of the Asia-Pacific region signed the Trans-Pacific-Partnership agreement, which plans to eliminate 40% of import taxes on organic fruit exports.

According to a recent report by the Organic Trade Association, US organic trade has considerably increased over the past few years. In 2014, total organic fresh fruit and vegetable imports reached $550 million while exports represented $1.3 billion.

Two main reasons are leading the rise in organic imports in the US: American consumers are buying more and more organic food and there are insufficient organic crops within the US.

US consumers are spending more often and more on organic produce. According to a recent report by the OTA (Organic Trade Association), 51% of US families are buying more than 1 year ago. Organic sales are particularly significant among families: 83% of parents purchase organic produce sometimes, and when they do 97% go for organic fruit and vegetables.

The US government encourages many farmers to start a transition to organic, and 3 000 farms have already started changing.

Organics in Asia: a promising trend

In October 2015, the Philippines, Thailand and Malaysia, 3 of the main organic producers in Asia, met in Negros Occidental to talk about a strategic plan for the organic industry. Conclusions will be further developed with all the ASEAN countries this year. Karen Roscom, officer-in-charge at the Department of Agriculture, said “Through this, we will be able to trade within ASEAN in terms of our organic products.”

In China, organic food sales represented around 30 billion Yuan in 2013 on total agricultural land of 2.722 million hectares. Organic sales in China have increased by 300% over the last 10 years.

In India, the organic food market has seen a big rise with constant growth of 25-30% a year. The government shows strong determination in helping this sector. Biofach India, together with India Organic, was organized in November 2014 in Kerala for the first time. Despite national efforts to promote organics among farmers, national production is still low: according to government data, organic farming represented 4.72 million hectares in 2014 for a total volume of 1.24 million tons. Forecasts say the organic food market will touch $1.36 billion by 2020.

Every year, Thailand organises an annual event: the Annual Asian Organic Festival in Bangkok. Over 3 days, this event encourages healthy habits among the Thai and expat community and to purchase more organic produce through the farmers’ market, with cooking demonstration, nutritional talks and more.

Category: Uncategorized
Tags: organic food, Organic Trade Association, US organic trade
We use cookies on our website to give you the most relevant experience by remembering your preferences and repeat visits. By clicking “Accept All”, you consent to the use of ALL the cookies. However, you may visit "Cookie Settings" to provide a controlled consent.
Cookie SettingsAccept All
Manage consent