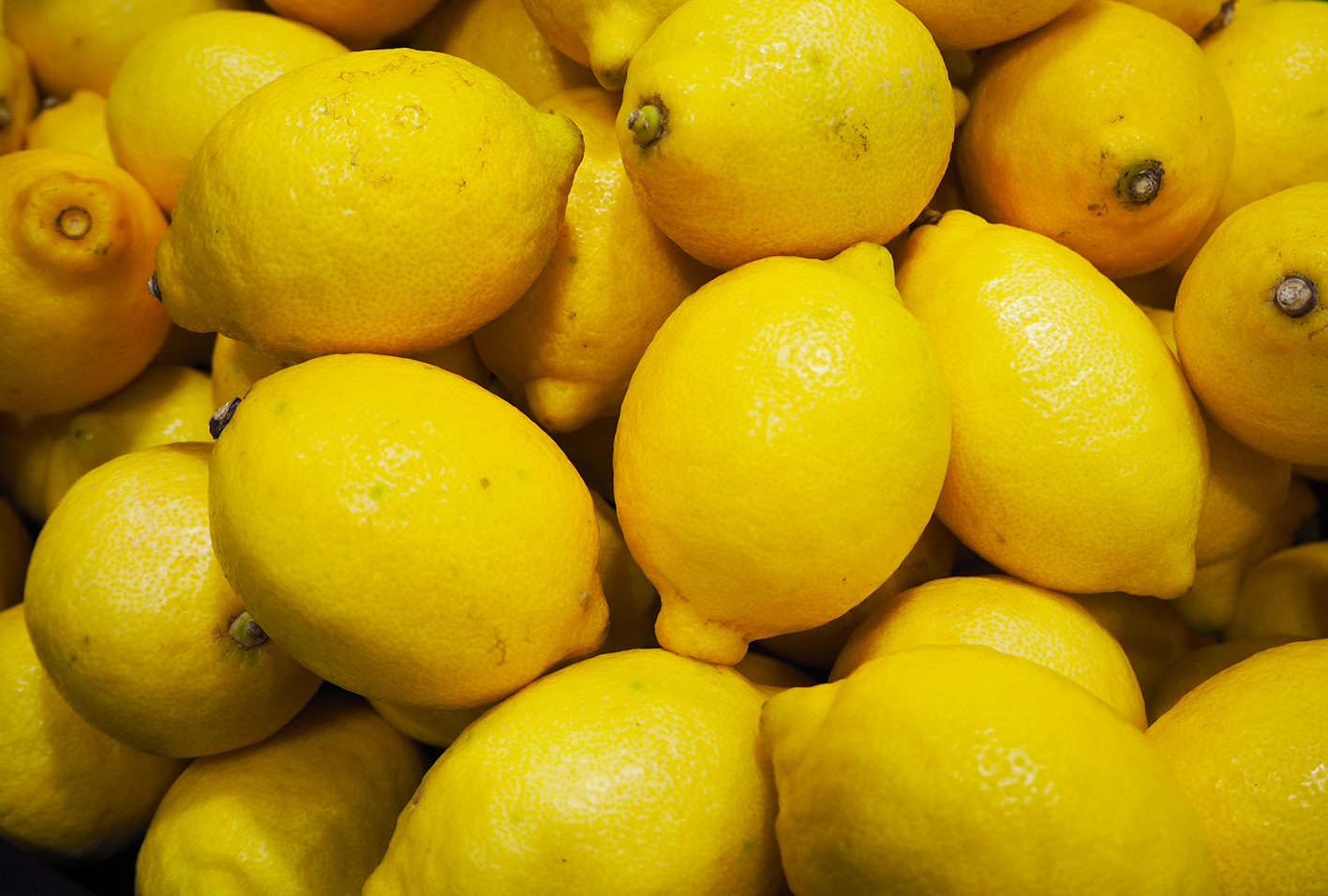 The U.S. Department of Agriculture’s Animal and Plant Health Inspection Service (APHIS) is authorizing the importation of five types of commercially produced fresh citrus fruit from China into the continental United States. After thorough analysis, APHIS scientists determined that pummelo, Nanfeng honey mandarin, ponkan, sweet orange, and Satsuma mandarin fruit from China can be safely imported into the United States under a systems approach to protect against the introduction of plant pests.

A systems approach is a series of measures taken by growers, packers, and shippers that, in combination, minimize pest risks prior to importation into the United States. In this case, the systems approach includes importation in commercial consignments only, registration of places of production and packinghouses, certification that the fruit is free of quarantine pests, trapping program for fruit flies, periodic inspections of places of production, grove sanitation, and postharvest disinfection and treatment. This completes agreements on another Chinese commodity listed in Annex 11: Plant Health of the Economic and Trade Agreement between the United States of America and The People’s Republic of China, Phase One.

This notice of authorization will go into effect on the date of publication in the Federal Register, April15, 2020. 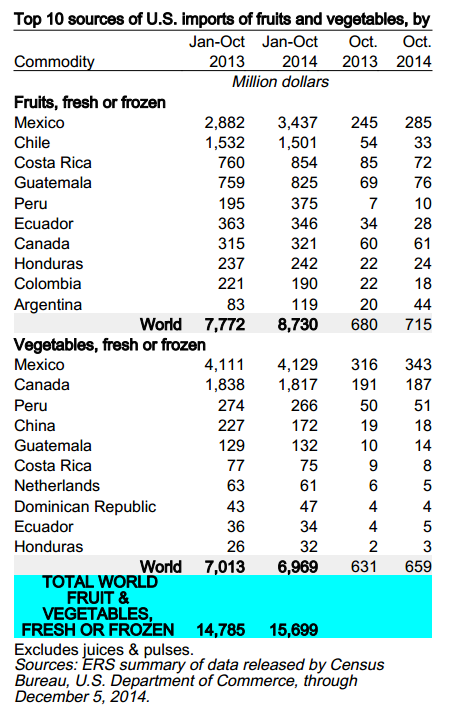 The value of US imports of fresh and frozen fruit reached $8.73 billion for the first ten months of this year – up 12.33% on the same period last year, recently updated USDA figures reveals.

Mexico and Chile remain by far the main sources of fresh or frozen fruit imports for the United States, and when it comes to vegetables it’s Mexico and Canada, the data from the USDA’s Economic Research Service shows.

Next year will see a new record in agricultural imports by the United States with a likely total of $116 billion, up $6.8 billion on this year, the USDA’s Economic Research Service (ERS) says.

And along with this, US imports of fresh fruit and vegetables will gain in both volume and value, the ERS said its report “Outlook for US Agricultural Trade”.

“Horticultural product imports have continued to increase in value and are projected to exceed $50 billion in fiscal 2015. Led by fresh fruits and vegetables, which account for more than a third of the total horticulture import value, the other horticultural products are all expected to rise in 2015 in both volume and value,” it said.

Wine, beer, processed fruits, and processed vegetables are expected to together account for about $20 billion of the total horticulture imports, which in the last 23 years” have continuously increased in value (except in 2009). Import unit values for horticultural products are less volatile than for other major tropical commodities, and annual price changes have been typically small,” the ERS said.

The outlook shows the country’s fresh fruit imports next year are estimated to reach a value of $10.3 billion, up from nearly $9.46 billion this year, with a volume of 11.4 million tons, up from 10.85 million.

Meanwhile the US 2015 export forecast for horticultural products is a record $37.0 billion, with fresh fruit and vegetable exports to deliver $7.9 billion of this. Exports to Canada, Europe, and Japan are expected to continue expanding, it said.

source: Outlook for US Agricultural Trade

Category: Uncategorized
Tag: US imports
We use cookies on our website to give you the most relevant experience by remembering your preferences and repeat visits. By clicking “Accept All”, you consent to the use of ALL the cookies. However, you may visit "Cookie Settings" to provide a controlled consent.
Cookie SettingsAccept All
Manage consent