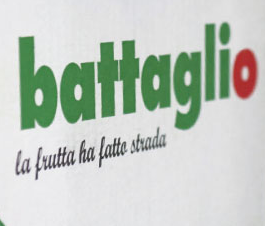 To maintain a constant year-round supply of every type of product at the point of sale, enormous quantities of foreign-grown fruit are imported into Italy every year, particularly from southern hemisphere countries. Naturally, however, the seasons are not all the same from one year to another and the customers’ tastes vary. For example, imports put in a healthy performance in the first part of 2015.

As Luca Battaglio, chairman of Battaglio Spa explained: “The first half was positive for imports of exotic products, particularly bananas and pineapples, and for traditional fruit thanks to the arrival of moderate volumes, whether because the crop was generally not abundant or because dealers were acting cautiously as the dollar/euro rate was unfavourable for imports”.

Battaglio Spa is an Italian company that specialises in importing and distributing nearly 140,000 tons of produce a year. Its headquarters are in a 12,000 m² warehouse just outside Turin and in 2014 it opened a new warehouse in Rome in order to meet its central and southern Italian clients’ needs more quickly and efficiently.

Category: Uncategorized
Tags: Battaglio Spa, Italy, Luca Battaglio, Off-season fruit, Tropical fruit, Turin
We use cookies on our website to give you the most relevant experience by remembering your preferences and repeat visits. By clicking “Accept All”, you consent to the use of ALL the cookies. However, you may visit "Cookie Settings" to provide a controlled consent.
Cookie SettingsAccept All
Manage consent