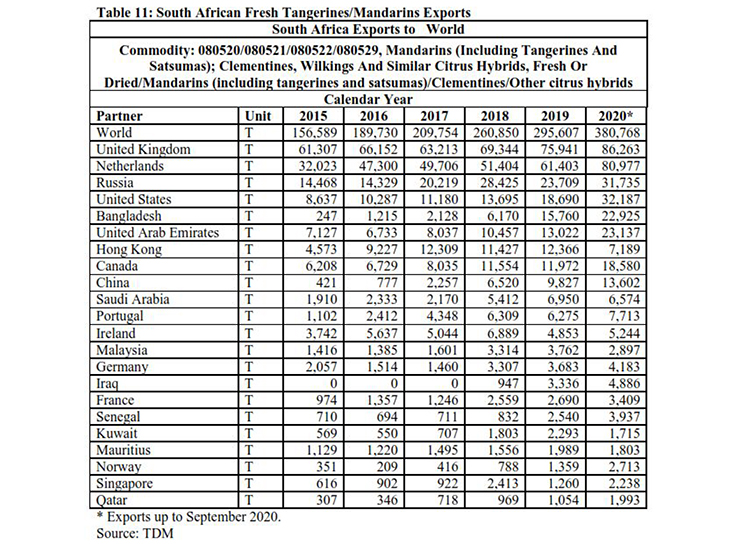 South Africa’s tangerine exports are expected to grow by 9% to 420,000 tons in the 2020/21 MY, from 385,000 tons in the 2019/20 MY, based on increased production, a strategy of prioritising exports over domestic sales, and a surge in demand due to COVID-19. Demand for tangerines/mandarins remains strong in the export markets, with the UK the leading export market, accounting for 26% of total exports, followed by the Netherlands (21%), Russia (8%) and the US (6%).  Tangerines/mandarins exports are not impacted by South Africa’s CBS issues in the EU market.

According to USDA data, exports to the United States under the AGOA have grown by an average of 15% per year over the past four seasons, from 7,444 tons in the 2013/14 MY, to 18,690 tons in the 2018/19 MY. This growth trend is expected to continue based on the rising US market preference for easy peelers, and continued duty free market access under AGOA. 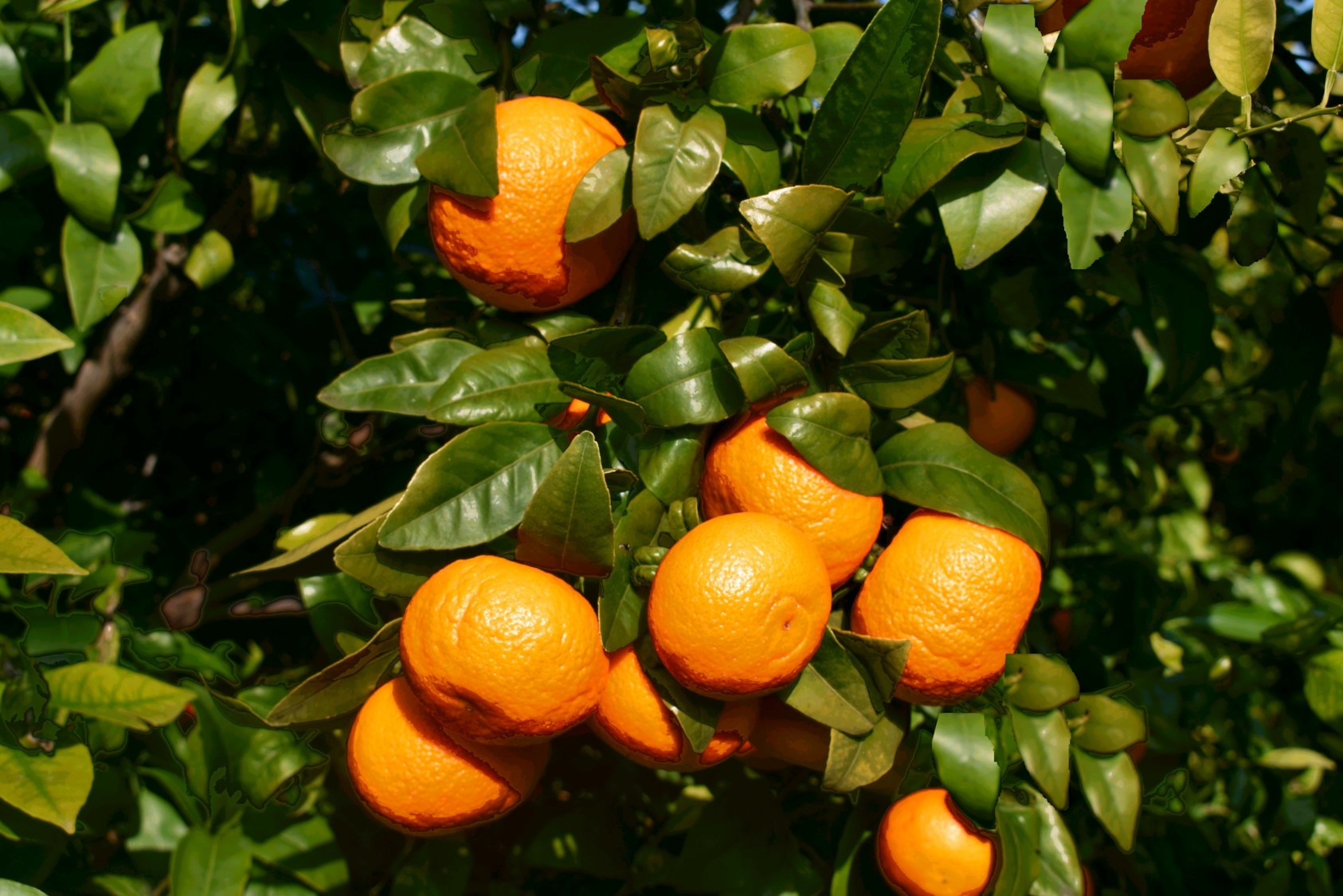 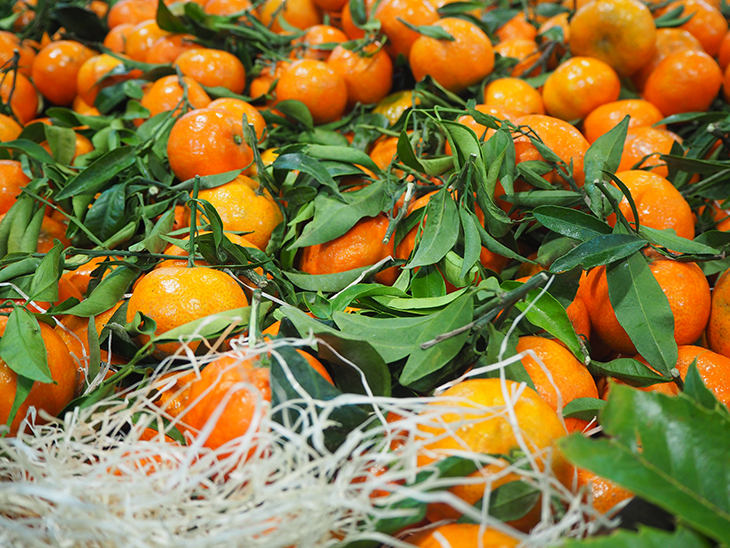 South Africa’s tangerine/mandarin crop is projected to rise by 12% in the 2019/20 campaign, continuing the sector’s strong growth of recent times. Total production is estimated to reach 421,000 tons, mainly due to an increase in production area, normal weather conditions, and improved winter rainfall received in the main production area of the Western Cape. Moreover, many plantings are now reaching maturity. COVID had a minimal impact on labour supply.

South Africa’s tangerine/mandarin exports are expected to be up 16% in 2019/20 to 344,000 tons, due to increased production and the strategy of prioritising export markets over domestic markets. It is likely that COVID-19 has also driven demand due to the assumed health benefits of Vitamin C. Indeed, demand has been strong in the export markets, with the UK leading the way (26% of the total), followed by the Netherlands (21%), Russia (8%) and the US (6%).

Many new soft citrus orchards in South Africa are under netting to improve water efficiency, yields and the overall quality. In addition, there is an increasing trend to plant late varieties, which has shifted the peak harvest of soft citrus from the beginning of May to mid-May, continuing through to July. 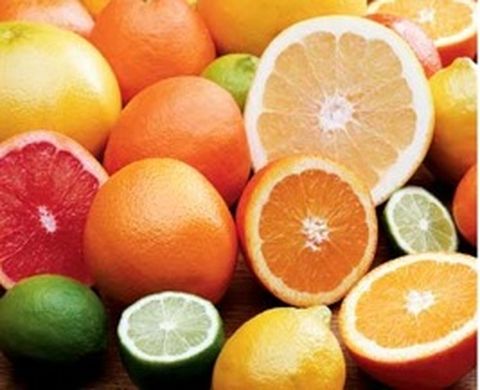 The main driver of increased export volume of mandarins is the entry into production of new orchards, helped by the greater availability of water following last winter’s rains.

Category: Uncategorized
Tags: 2017/18, Chile, Citrus, exports, Tangerines
We use cookies on our website to give you the most relevant experience by remembering your preferences and repeat visits. By clicking “Accept All”, you consent to the use of ALL the cookies. However, you may visit "Cookie Settings" to provide a controlled consent.
Cookie SettingsAccept All
Manage consent