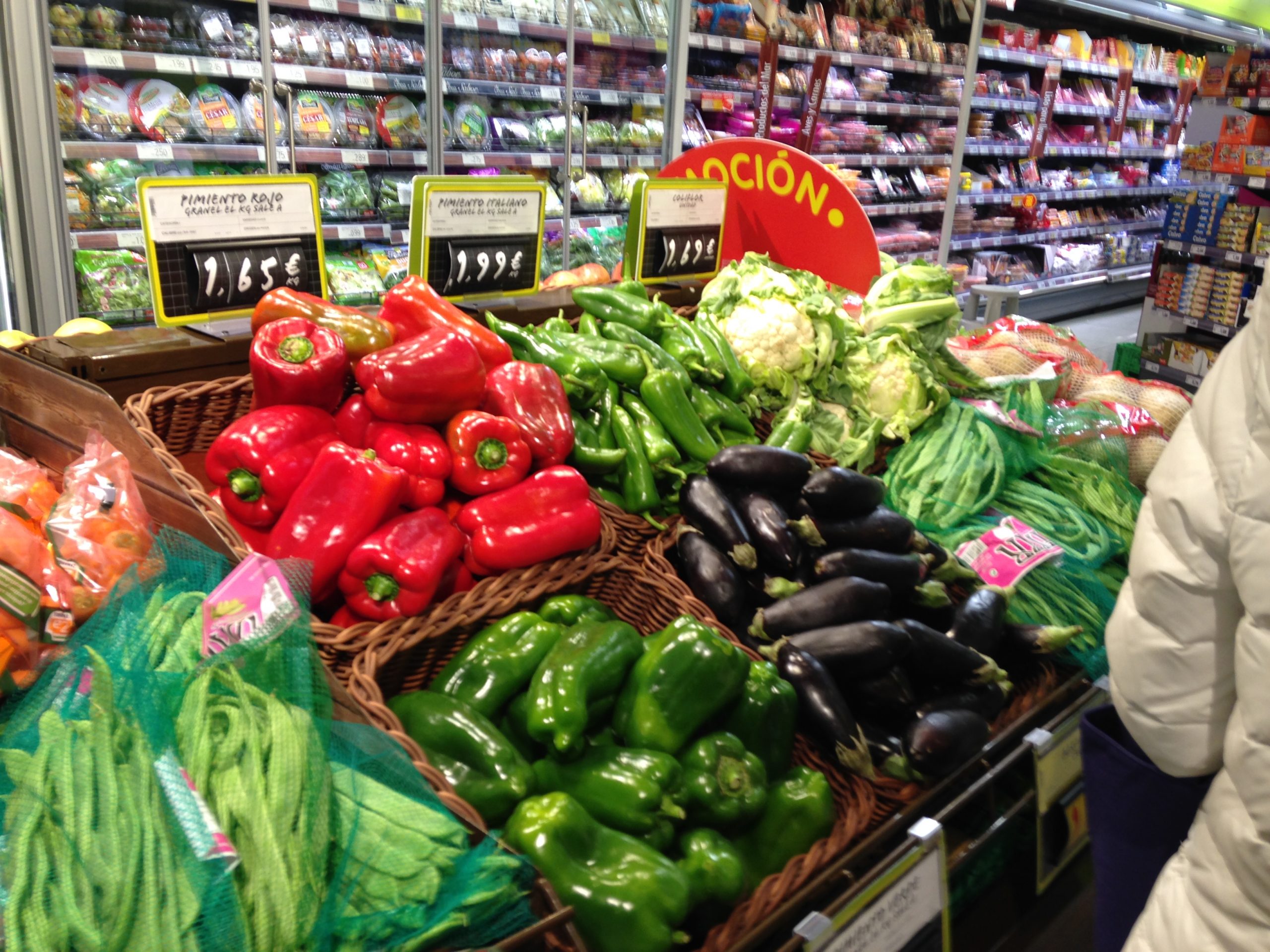 Spain is slowly recovering, but its five years of economic recession have left a lasting impact on its retail sector and consumer behavior. Shoppers are now more price-conscious and retailers have had to adapt to the increasing importance of convenient locations and the incipient threat from low-cost retail formats.Those are among the observations in a new USDA GAIN report on opportunities for US exporters in Spain’s retail food market.

The report says Spain is expected to continue to show positive signs of recovery, with a return to pre-crisis retail sales figures likely by 2019. “This situation will likely be reflected in consumers gradually increasing their expenditure again, so opportunities will continue to arise for U.S. exporters,” it says. In the retailing industry, some operators have started to see slow positive growth for the first time in several years, especially in grocery.

GAIN says that, according to Euromonitor, another effect of the economic crisis is consumers are now reluctant to travel to hypermarkets and big shopping malls on city outskirts, due to the cost and inconvenience. “As a result, the future of many of the large retail centers built during the good days of the Spanish economy are compromised.”

There has thus been a move to proximity retailing and urban stores, with various Spanish and foreign retailers opening stores on busy shopping streets in city centres, generally with lower amounts of retail selling space. Examples include Condis Express, Carrefour Market and Supercor Expres.

Spanish consumers are also increasingly health conscious, GAIN says, noting that naturally healthy and free-from products are more widely available in supermarkets and specialty stores. “One of the most interesting and promising categories are healthy products indicated for food intolerances. According to Euromonitor, in 2014, food intolerance products sales grew 27% in value to reach $306 million.

Online retailing is steadily increasing (+7% in value in 2014) and expected to continue to be prosperous in the medium term, as more store-based companies move to online commerce.

Its top internet retailers are focusing on building trust among their collective consumer base. According to Euromonitor, the reasons consumers give for shopping online are:

However, mobile retailing is outperforming internet retailing overall in Spain, where smartphone penetration is estimated at around 80%, one of the highest rates in the EU.

Category: Uncategorized
Tags: Carrefour Market, Condis Express, consumer behaviour, convenience stores, e-commerce, food intolerances, GAIN reports, shopping behaviour, Spain, Spanish grocery sales, Spanish retail sector, Supercor Expres
We use cookies on our website to give you the most relevant experience by remembering your preferences and repeat visits. By clicking “Accept All”, you consent to the use of ALL the cookies. However, you may visit "Cookie Settings" to provide a controlled consent.
Cookie SettingsAccept All
Manage consent