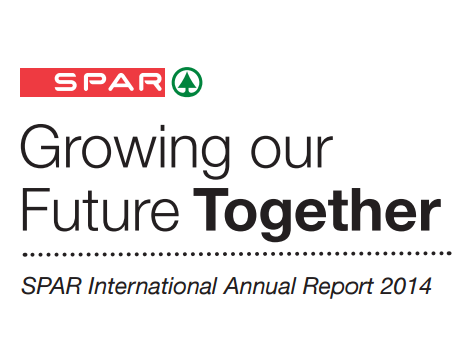 SPAR poised for further expansion in 2015

Gordon Campbell, will step down as managing director at the end of the year, said SPAR is positioned for sustained expansion in 2015. “The strong performance in core SPAR countries such as Austria, South Africa and the United Kingdom combined with the impressive growth in retail sales in Russia and China, give confidence in the continued growth and expansion of the SPAR business. Despite what remains a challenging operating environment for many of our partners we can be confident that the momentum will be maintained in 2015 and beyond,” he said.

According to the SPAR International Annual Report 2014, in constant currency values, its worldwide sales grew by 2% last year, which it said was an “excellent result in the context of the economic downturn.”

“We see evidence of a return to growth in many Western European markets, while Eastern Europe continues to offer opportunities. When this is combined with the continuing success in entering new countries such as the re-entry to India and the opening of SPAR in Indonesia, we can be confident that the momentum will be maintained in 2015 and beyond,” it said.

Also in the report, SAR said that in Norway, its partner has started the build for the first fully automated facility for fruit and vegetables in the SPAR world. “The move toward centralised and automated fresh distribution is the next step towards achieving their goal of 100% of product supplied to retailers,” it said.

The report said 2014 saw the opening by SPAR Retail, Belgium, of a 48,000m² state-of-the-art distribution centre in Mechelen featuring automated handling for fruit and vegetables.

Category: Uncategorized
Tags: Retail, SPAR
We use cookies on our website to give you the most relevant experience by remembering your preferences and repeat visits. By clicking “Accept All”, you consent to the use of ALL the cookies. However, you may visit "Cookie Settings" to provide a controlled consent.
Cookie SettingsAccept All
Manage consent