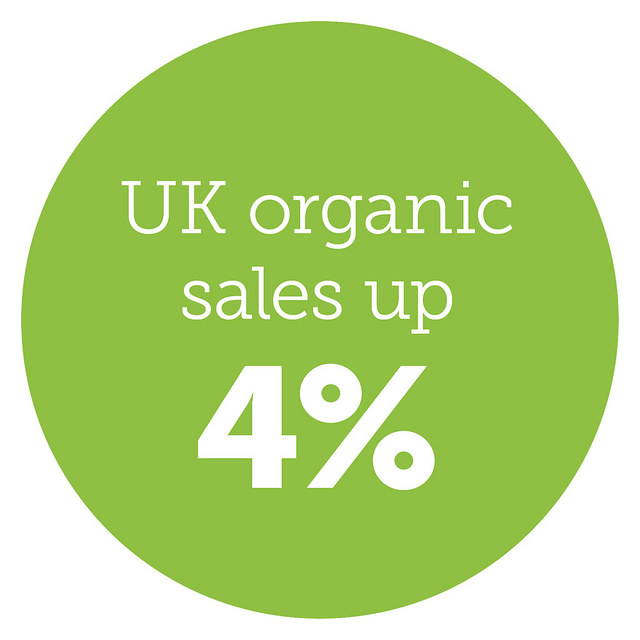 And amid the context of sliding non-organic sales, there were sharp increases for some organic products, among them fresh fruit – up 6.4%.

“Sales of organic vegetables fell by 2%, but in a context in which non-organic sales plummeted at five times this rate,” the association said in a press release.

There was also significant growth in organic supply into catering, (13.6%),

The association said the nutritional credentials of organic gained a big boost in July when landmark Newcastle University research showed organic crops including fruit and vegetables are up to 60% higher than non-organic research from.

Soil Association chief executive Helen Browning said said three years ago commentators were writing off the organic market in the UK.” Now, with a third year of steady growth, and against a falling overall food market, it’s clear that reports of organic food’s demise were premature to say the least,” she said.

“Now, even the discounters are beginning to stock organic ranges.”

Category: Uncategorized
Tags: JB, Organic, Soil Association, UK
We use cookies on our website to give you the most relevant experience by remembering your preferences and repeat visits. By clicking “Accept All”, you consent to the use of ALL the cookies. However, you may visit "Cookie Settings" to provide a controlled consent.
Cookie SettingsAccept All
Manage consent