Over the last 3 years, volumes have increased by 8% for vegetables and 5% for fruit.

Sweden and Norway are the top importers for both the fruit and vegetable categories.

Norway is Scandinavia’s second biggest importer after Sweden and the steady growth in its fresh produce imports reached a peak last year. The most valuable fresh vegetable imports into Norway are tomatoes, worth €107.7 million, followed by cauliflower and cabbages at €54.8 million.

In contrast to Sweden, supplied by the Netherlands, Norway imports more from Spain, with a total value of €92.9 million in 2014 and €116.9 million for fresh fruits. Dutch imports reached €74.94 million.

The number one partner in Scandinavia is Denmark, with €9.7 million of fresh produce traded.

The most popular imported vegetables in Sweden are tomatoes, with 89,135 tons, and potatoes, with 52,846 tons. Carrot volumes saw the most important rise (24%).

Denmark – sourcing more in the EU

The most popular imported vegetables in Denmark are potatoes (€1.2 million in 2015), accounting for a third of the country’s total vegetable imports.

Some 96% of fresh produce imports come from European countries, although Finland is increasingly sourcing further afield for its exotics and bananas. In 2015, import values reached roughly €27.9 million from Germany, €72 million from Spain and €90.5 million from the Netherlands.

In vegetables, potato imports have suffered considerably, with a fall of 46%, while onions and carrots dropped by 11% and 3% respectively. 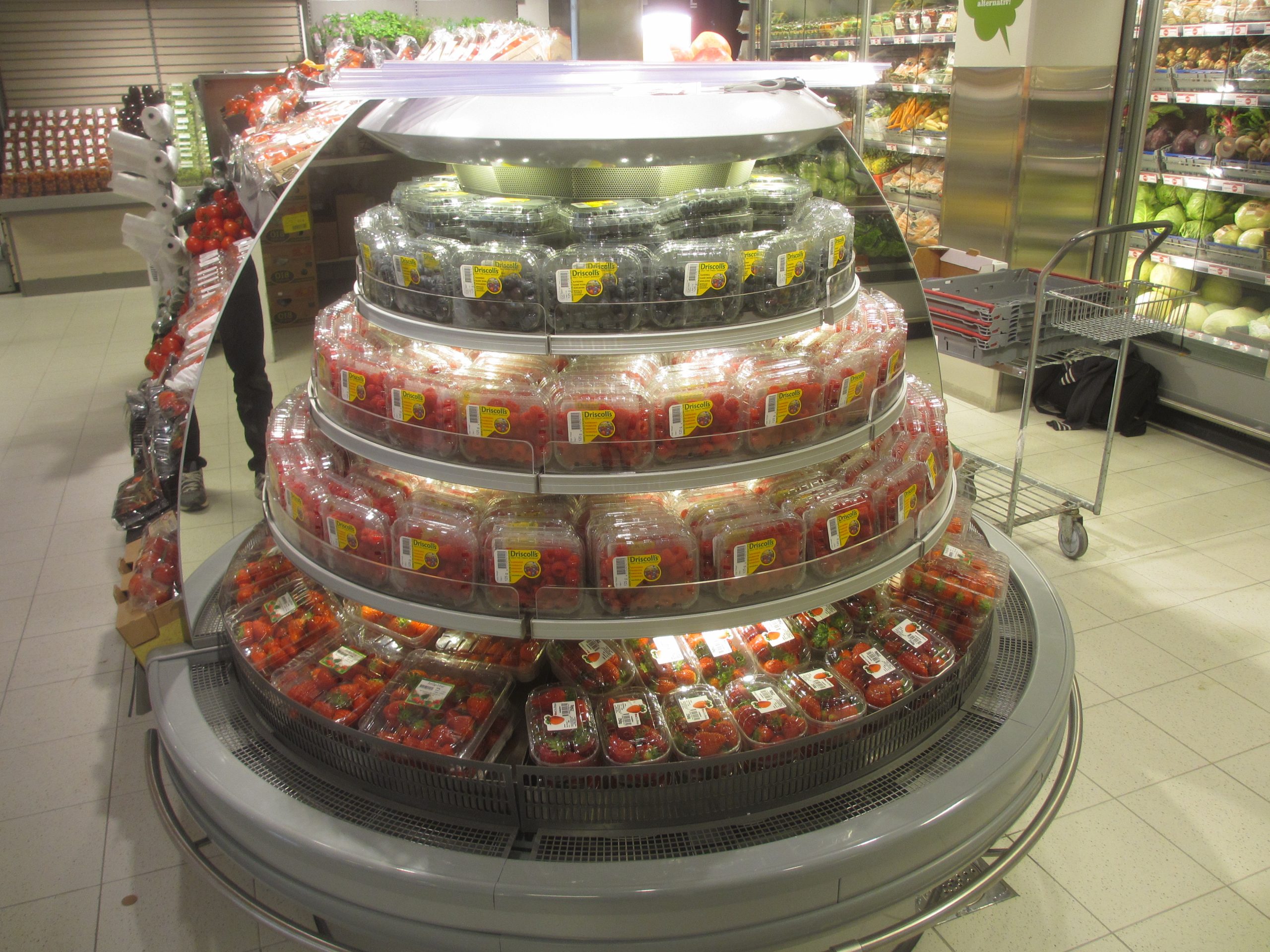 Scandinavian retailers are the frontrunners of the European berry market, as their fresh produce departments are responsible for no less than 13% of the total supermarket sales. So says a press release from berry giant Driscoll’s in which Hemköp sales manager Joakim Bäckstäde and Driscoll’s commercial director Wyard Stomp talk about why the high value berry shopper is here to stay and the potential of this promising market. Their interview is reproduced below.

What makes the berry category interesting?

Bäckstäde: “Berries are fresh, delicious and healthy. It’s fun to eat and share them with your family and friends. Furthermore they are impulse driven products. Buying berries can trigger other purchases, or as we like to say; berries have a lot of in-store ‘friends’, such as ice-cream, yoghurt and cake. By combining these products in the shelf, we stimulate cross-selling.”

Stomp: “Berries are a perfect match with recent consumer trends and can make any ordinary moment more special.”

Why is the berry shopper valuable?

Bäckstäde: “Next to berries they also love other premium products such as dairy and pastry, which makes them extra appealing for our supermarkets. I am positive that the berry shopper is the shopper of the future and will influence many other categories in a positive way.”

Stomp: “It’s our mission to gain the shopper’s trust by offering them delicious, fresh and beautiful berries all year round. This is something we can only do by working closely together with our retail partners.”

Why are berries Sweden’s favourites?

Bäckstäde: “That’s simple, because they are healthy and tasteful! Scandinavian people really care about health and the environment. Berries remind them of the warm summer months and they fit very well with other popular Swedish products such as soured milk, yoghurt, quark and cottage cheese.”

How do you tempt shoppers to buy more berries?

Bäckstäde: “Recently we have installed special coolers in almost all new and renewed stores. This way our berries stay fresh for a longer period of time. By placing the coolers in premium spots in our supermarkets, shoppers cannot miss out on these fruits while visiting the store.”

Stomp: “We want to do more for our customers than just offering berries. That is why we support our partners with shopper insights and advise them on how to create a successful in-store berry presentation.”

How do you promote berries outside the local season?

Bäckstäde: “We promote berries at least once a month. This is something we do through our flyers, in-store promotions and our own social media accounts. By offering tasty recipes to our shoppers and making them aware of the joy that berries can bring to the table, we have already seen an impressive sales growth outside the regular season.”

What are you expectations of this promising category?

Bäckstäde: “I expect a lot of the berry category; a growth in demand and more packaging diversity, that will seduce shoppers to buy more berries. My personal goal is to have berries on full focus in all our stores every single day, not only during promotion periods.”

Stomp: “I will be proud as people at every office location and at every school around the world will enjoy berries during their lunch break.”

Category: Uncategorized
Tags: Axfood, Berries, Driscoll's, Hemkop, JB, Retail, Scandinavia, Sweden
We use cookies on our website to give you the most relevant experience by remembering your preferences and repeat visits. By clicking “Accept All”, you consent to the use of ALL the cookies. However, you may visit "Cookie Settings" to provide a controlled consent.
Cookie SettingsAccept All
Manage consent