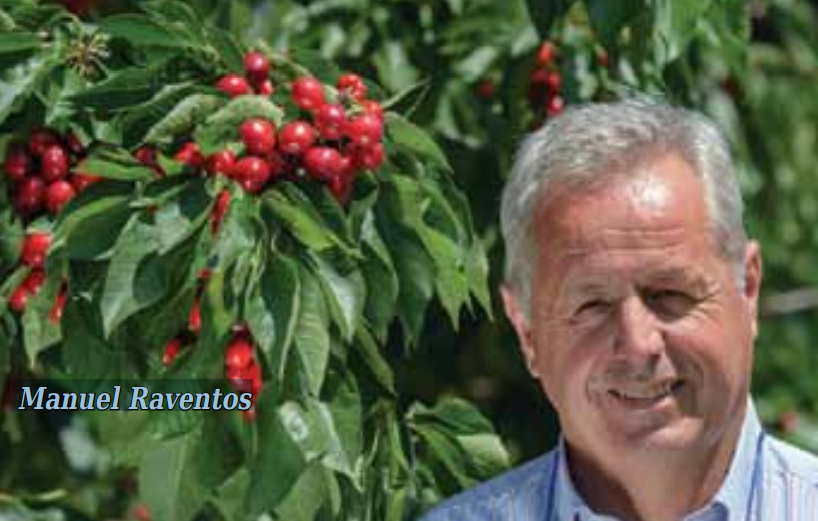 Hailing from a long winemaking tradition, the Raventós family business, Río Cinca, has been active in the fruit sector since 1992. Their growing areas in Spain’s Extremadura region produce 13,000 tons of stone fruit and 3000 of cherry. In its favour, Rio Cinca has a real exclusivity gap, as the firm has a wide range of its own ultra-early varieties now available, as of the first week in May, in a time window where virtually no European company can compete with its quality. The company’s main markets are the UK (40%), France (10%), Italy (10%), Sweden (15%) and Spain (20%). Asia and the United Arab Emirates have also become interesting niche markets, since the first trials on exports to these destinations began three years ago Under the “best flavour” concept, the company decided to develop the ground-breaking project behind the Royal Ruby brand. The brand came about through collaboration with Seville company Royal and the Ruby brand from Huesca. Supplies from these two regions of Spain means they have a busy schedule from May to October, with a range of varieties in different categories, all of which have a common denominator: they all have great flavour. “What we provide under this brand is the fruit with the best flavour parameter we have available for each week. This is the result of painstaking work, as we gauge the parameters of all varieties and only choose the very best to be traded under the Royal Ruby brand. Each week, we compare the best sample from that week with the previous week’s sample, to decide if it deserves to be a Royal Ruby,” said marketing director Oscar Ortiz. This way, the experts from Rio Cinca use flavour parameters to identify which is the best variety and only those that meet the highest level will be marketed under the Royal Ruby brand. This way, Royal Ruby defines which fruit has the best taste in each of the three categories of fruit it supplies.

Category: Uncategorized
Tags: Manuel Raventos, Royal Ruby
We use cookies on our website to give you the most relevant experience by remembering your preferences and repeat visits. By clicking “Accept All”, you consent to the use of ALL the cookies. However, you may visit "Cookie Settings" to provide a controlled consent.
Cookie SettingsAccept All
Manage consent