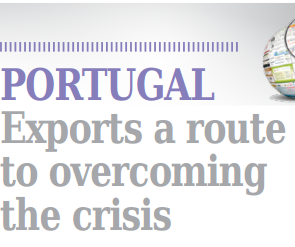 The Portuguese fresh produce sector (including plants and flowers) accounts for 33% o Portuguese agricultural production and 61% of plant production and is worth around €2.23 billion (INE, 2013). The most dynamic subsectors are those of the Rocha pear, citrus, kiwi and fresh tomatoes.

The Rocha pear is exported worldwide and is the flagship of the Portuguese fresh produce sector with more than 70% of all Portuguese pears being exported. Farmers have been investing in new orchards in recent years, hoping to boost production from 210,000 tons (in 2014) to 350,000 tons (in 2020).

Another fruit which is doing very well in Portugal is the kiwi which has doubled production over the last decade and is estimated to increase to 40,000 in the next five years due to the number of new orchards planted in recent years and the increase in yield. Citrus accounts for the largest percentage of fruit production in Portugal (236,800 tons in 2013) and, in the last decade, exports (oranges) have grown from zero to 100,737 tons (2012, worth €54.3M), half of the country’s production.

Spain is by far the biggest importer of Portuguese fresh produce (€213M, in 2014), followed at a distance by France (€88M), The Netherlands (€74M) and the UK (€51M). Belgium, Poland, Brazil, Angola, Italy, Germany and Czech Republic are also in the top 10. Last February, Portugal was in the spotlight of the fresh produce world as the official partner country at Fruit Logistica, in Berlin. Several dozen Portuguese companies exhibited their products hoping to attract new clients.

Portugal relies on the flavour, aroma and colour of its fruit and vegetables and its capacity to produce early crops in the open air (some available all year), thanks to a mild climate, and, most of all, the country has a good image abroad, one still very much linked to nature and environmentally friendly production methods. Portugal Fresh, the association responsible for promoting the fresh produce sector, has set a goal for Portugal to reach exports of €2 billion by 2020.

This is part of an article which appeared on page 22 of edition 136 of Eurofresh Distribution magazine. Read the full article and much more here.

Category: Uncategorized
Tags: Country Profile, Portugal, Rocha pear
We use cookies on our website to give you the most relevant experience by remembering your preferences and repeat visits. By clicking “Accept All”, you consent to the use of ALL the cookies. However, you may visit "Cookie Settings" to provide a controlled consent.
Cookie SettingsAccept All
Manage consent