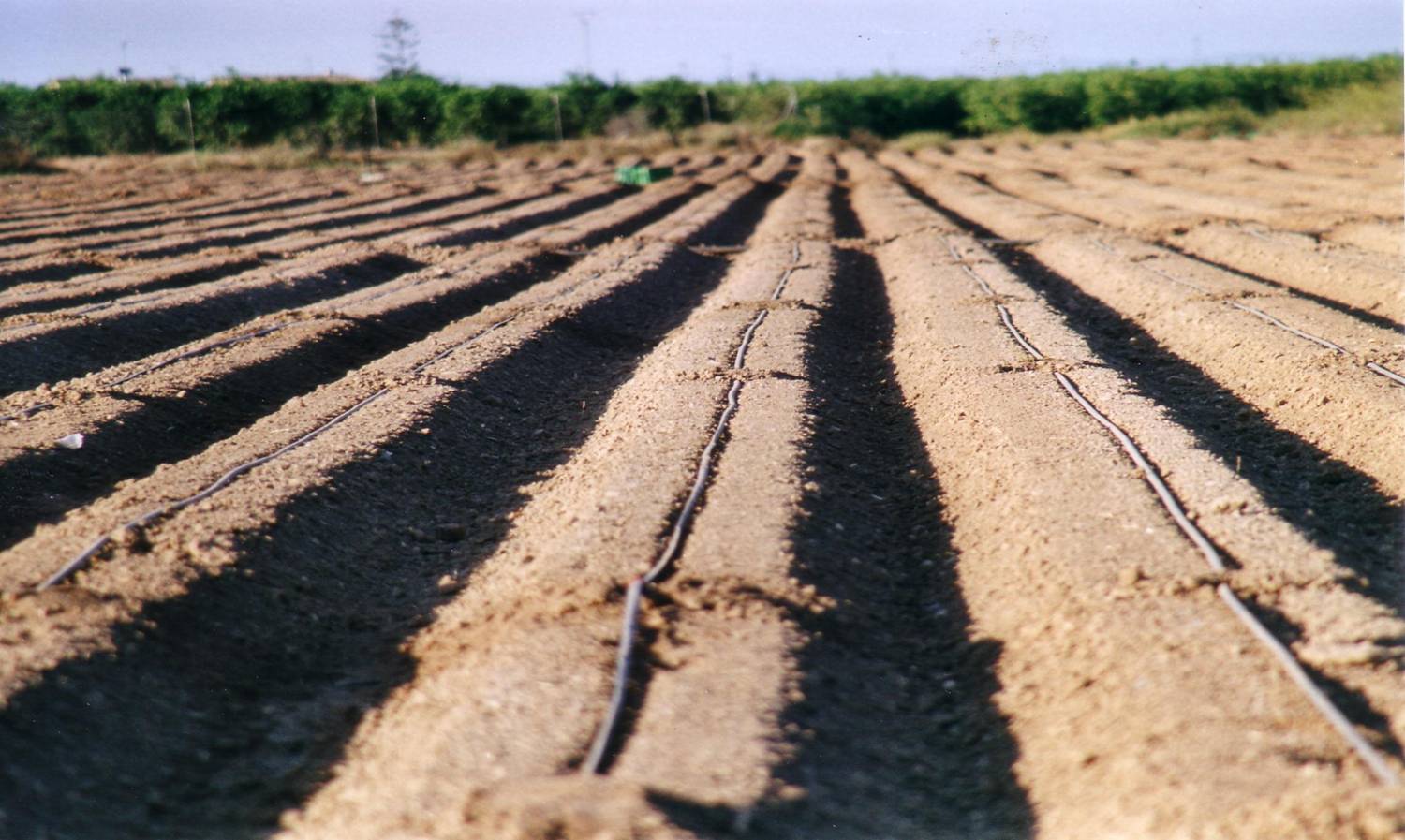 The Association of Organisations of Producers of Fruits and Vegetables of Almería (COEXPHAL) together with the Association of Producers-Exporters of Fruits and Vegetables of the Region of Murcia (PROEXPORT) have applied to the Ministry for the Ecological Transition and the Demographic Challenge (MITECO) for funds to set up a project with an estimated budget of €69 million aimed at advancing the sustainability of the fruit and vegetable sector in south-eastern Spain.

This Expression of Interest brings together a series of innovation and investment initiatives with defined objectives. These include promoting the circular economy in the entire fruit and vegetable value chain by reducing environmental footprints, helping to mitigate climate change by reducing the carbon footprint, contributing to the decarbonisation of the economy, improving biodiversity in the fruit and vegetable environment – in the production and marketing of fruits and vegetables – and guarantee the activity with the protection and improvement of the use of water.

To achieve this, the presented project includes three major measures:

This Circular Economy Expression of Interest, promoted by COEXPHAL and PROEXPORT, has the support of the Almería Chamber of Commerce and the Sustainability Area of ​​the Almería City Council.

Expressions of Interest are an instrument for identifying projects that point towards two of the four axes on which the Recovery, Transformation and Resilience Plan of the Spanish economy acts. The Spanish Recovery Plan, inspired by the Climate Change Agenda, the 2030 Agenda and the United Nations Sustainable Development Goals, will receive €72 million in the next three years from the Next Generation EU Recovery Fund, approved by the European Council on July 21. 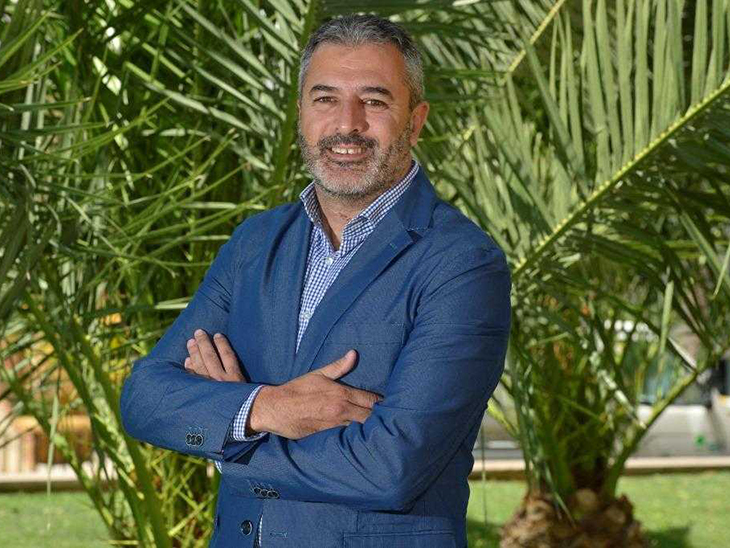 On Tuesday 13th October, director of Proexport, Fernando P. Gómez Molina, spoke at the PMA Fresh Summit (Produce Marketing Association), where, together with representatives from Chile and Hong-Kong, he analysed the impact of the pandemic on the European fruit and vegetable market. In his speech, Gómez addressed the situation facing the European fruit and vegetable sector and the characteristics that define the “new” consumer in light of the situation posed by Covid-19 and how fruit and vegetable companies must deal with this situation, innovating in their processes and adapting to new consumer demands.

“Fruit and vegetable suppliers must be prepared to keep costs low and productivity high, while we must defend the value of our product in a constantly innovating market,” Gómez said. In addition, a good strategy for the future would be “to diversify production at source and expand destination markets to reduce the risks of an unstable market.”

The PMA Fresh Summit session, Around the World in Fresh Products: An Update on International Challenges and Opportunities, addressed the impact on the global product market and ways to generate new opportunities or overcome barriers to business. Along with Gómez, Nicolás Moller Opazo, Vice President of Hortifrut (Chile) and Patrick Vizzone, Director of Food, Beverages and Agribusiness of ANZ Banking Group (Hong Kong) participated. 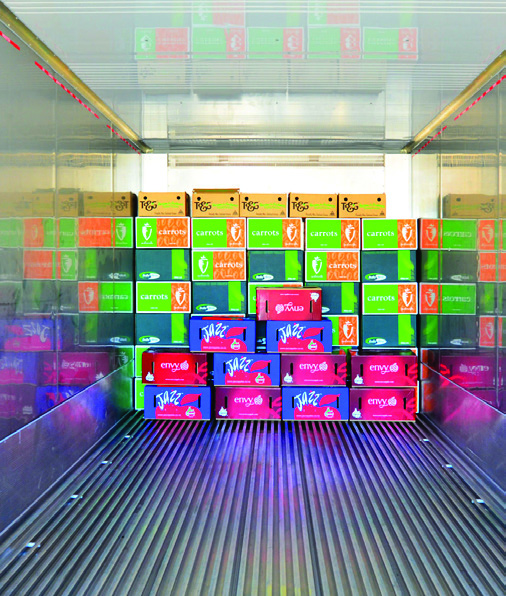 Coordination at the community level will make it possible to guarantee the return of trucks, necessary to meet the supply of perishables

The president of FruitVegetablesEUROPE (Eucofel), and of PROEXPORT (Association of Producers-Exporters of Fruit and Vegetables of the Region of Murcia), Juan Marín Bravo, has expressed his profound concern about the negative impact that the COVID-19 crisis is having on the road transport of perishable food, particularly on fresh fruits and vegetables.

In a letter sent to the EU on 19th March, Marín calls for the application of Article 14.2 of Regulation (EC) No 561/2006 on driving times, breaks and rest periods for drivers engaged in the freight transport by road, in order to harmonise the conditions of competition between the modes of land transport.

This article states: “In urgent cases, Member States may grant a temporary exception for a period not exceeding 30 days, which shall be notified immediately to the Commission.” In this way, Member States can deal with situations that present exceptional and sudden circumstances that are inevitable and cannot be foreseen, in which it is unexpectedly impossible to apply the provisions of the Regulation in its entirety for a short period of time.

As Marín details in the letter sent to the European Commission, “the effects caused by the spread of Covid-19 constitute these exceptional circumstances, which are having an impact on mobility and transport in the EU.”

For this reason, the President of the Commission is requested to transfer measures contemplated in the resolution of March 16, 2020 from the Government of Spain to the EU as a whole, and provide the following:

In this sense, FruitVegetablesEUROPE has requested that the EU and the Member States also apply Article 14.2, as the Spanish Government has done, and also take exceptional measures to ensure that perishable food continues to flow in the EU internal market, “as it is the only way to prevent a shortage of fresh food, particularly fresh fruits and vegetables in the EU.” Only with the coordination of these measures at the European level will it be possible to organise the vehicle returns necessary to guarantee circulation throughout the Community territory. 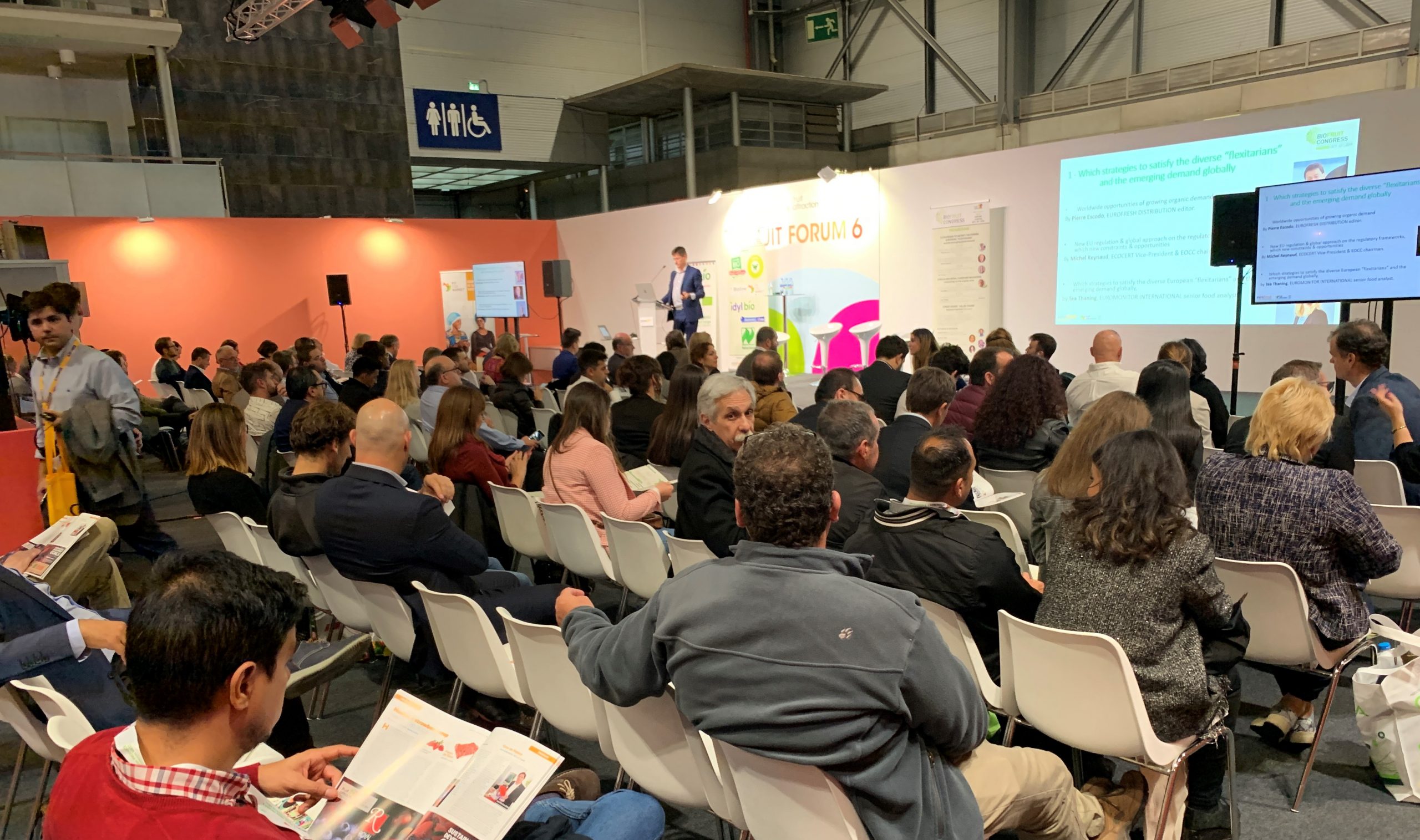 The big issues facing the future of the organic produce market were debated on Wednesday, October 23 at the 2nd annual BioFruit Congress. Held as part of the Fruit Attraction fair in Madrid, the congress was organised by EUROFRESH DISTRIBUTION and IFEMA, with the collaboration of PROEXPORT. Topics covered included how to satisfy increasing consumer demand for produce that goes beyond organic production to address wider issues, how retailers are responding to this, regulatory issues, and the impact of other standards and certification in the value chain.

What matters most to organic consumers?

In an overview of the organic market, EUROFRESH DISTRIBUTION editor Pierre Escodo said the global sales for organic fresh food food is now worth €62 million. However, he said the growth of the organic demand is slowing down bellow the annual 10% rate, needs more product innovation and consumer promotion. Consumers are also confused by a multiplicity of messages.. In order to seduce more consumers to move to organic produce, Escodo said it’s important to understand regional differences in what matters most to them. In China and Russia, for instance, truth and transparency about food products are prime, while environmental production and plastic reduction lead as issues for American consumers, and in Europe taste is an overriding factor, he said.

Tea Thaning, senior food analyst at EUROMONITOR INTERNATIONAL, shared results from a global survey by the firm showing nearly 45% of respondents rated ‘all-natural’ as important to them in diets and ingredients, while less than 30% cited ‘organic’. “It’s important to emphasise the definition of organic to compete with natural claims,” she stressed. Similarly, Thaning said there should be more communication around organic’s contribution to sustainable agricultural practices “Connect organic labelling to the narrative around environmental concerns,” she advised.

“Consumers do not just buy organic produce because it’s healthy, but because of the story behind it,” said Michel Reynaud, vice president of ECOCERT, World leader in organic farming certification. He said consumers not only want strict and transparent rules on organic production, they have wider expectations, including fair pay across the supply chain. “They also want organic to have an impact on the environment, not only on carbon but water,” he said. Reynaud also explains the use of “Fair-for-Life” standard, in order to build up a resilient organic and fair trade supply chain in one tool.

Cordoba-based Campiña Verde supplies Germany’s REWE Group with organic produce and Jose Tienda, head of its organic sourcing division, spoke of the importance of supporting growers who are undergoing the long conversion process to organic production. Tienda said a good example of this is the Naturgut Junior Helden (‘junior heroes’) range sold at REWE’s Penny supermarket chain, which finds a market for produce from such soon-to-be organic farms. Under the Bio-Helden (‘organic heroes’) organic produce line, Penny also gives growers higher tolerance, allowing the sale of unusual-looking produce and also promoting it in a campaign with a slogan meaning “real organic heroes might have flaws”.

Illustrating the sturdiness of organic demand in France, the leading European organic chain BIOCOOP spans 3,200 farms and 600 specialist organic stores there. Its retail turnover in 2018 was up 10.4% to €1.2 billion and it plans 70 store openings over 2019, according to David Siffert, head of Biocoop’s fruit and vegetable division. The organic market has changed considerably in the last few years and reflecting this, today Biocoop favours suppliers who are committed to sustainability and transparency, he said.

Miguel de Porras from FIBL commented the economic impact of multiple certification for produce under different standards such as FairTrade, and Rainforest Alliance. He said producer groups are finding it increasingly challenging to manage this range of standards, which can mean a lot of extra work in maintaining records and even separate audits.

Eduardo Tilatti from DEMETER INTERNATIONAL revealed the experimental program of cultivating and packing with 0 plastics, testing the use of paper, water resistant and fully biodegradable. Demeter international certifies today biodynamic 5300 farms and 183000ha worldwide. “The economic empowerment of small farmers and their local communities is part of our fundamental values, along with Biodiversity, Carbon foot print and soil fertility” commented Tilatti.

PLANET PROOF program manager for F&V Stefanie de Kool explained why the Dutch protocol “Milieukeur” is getting international, in response to the demand of the Dutch retailers and how it is helping the stakeholders of other countries to organize for more ambitious sustainability goals and achieve a reduction of environmental impact up to 50%.

COLLECTIF NOUVEAUX CHAMPS (0 residue) chairman Bruno Vila explains how the new « 0 residue segment is positioning between the conventional and organic lines, responding to a consumer segment which is aiming to consume residue free produce, a major concern among the French consumers. Just created 18 months ago, 0 residue certified produce represent €59 millions of revenues and 23,000 tons of fresh fruit & vegetables marketed.

Category: Uncategorized
Tags: 2019, Biofruit Congress, Eurofresh Distribution, Fruit Attraction, IFEMA, Proexport
We use cookies on our website to give you the most relevant experience by remembering your preferences and repeat visits. By clicking “Accept All”, you consent to the use of ALL the cookies. However, you may visit "Cookie Settings" to provide a controlled consent.
Cookie SettingsAccept All
Manage consent