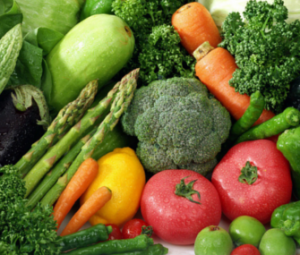 Between 1980 and 2017, the number of greenhouse vegetable growers operating in the Netherlands plummeted by 85%, according to data published by CBS Landbouwtelling 2017. Over the same period, the acreage of the remaining growers increased by 700% time, with the country’s ten largest greenhouse vegetable companies owning nearly 10% of the total area by 2017.

This upscaling of production in the sector is evident from the revealing statistic showing that in 1980, the average greenhouse vegetable producer had 0.6 ha, whereas by 2017, the figure stood at 4 ha. Moreover, this increase in scale has been occurring ever more quickly.

Improved technology and better varieties have led to greater productivity. In 1980, a square metre yielded 40 kilograms of tomatoes, while the same area can now yield over 50 kilograms. The average production of greenhouse vegetables increased by around 36% between 2000 and 2017, while the production of strawberries and courgettes rocketed by 177% and 138% respectively. Significant growth was also recorded in the greenhouse production of tomatoes (75%) and aubergines (61%).

Category: Uncategorized
Tags: greenhouse, Netherlands, Productivity, vegetables
We use cookies on our website to give you the most relevant experience by remembering your preferences and repeat visits. By clicking “Accept All”, you consent to the use of ALL the cookies. However, you may visit "Cookie Settings" to provide a controlled consent.
Cookie SettingsAccept All
Manage consent