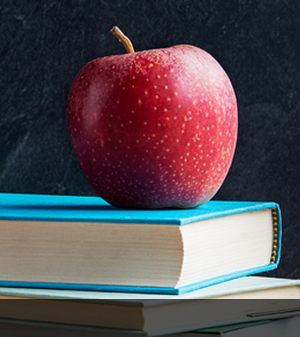 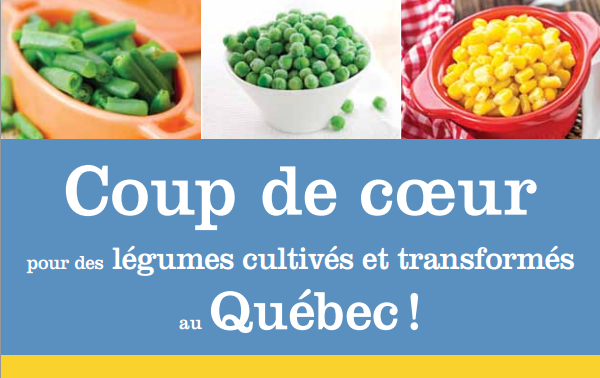 The “I love 5 to 10 servings a day” campaign is launching the Coup de cœur pour des légumes cultivés et transformés au Québec! (Quebec’s favourite home-grown and processed vegetables) – a  free booklet with practical advice on how to harness the health benefits of Quebec peas, corn and green beans frozen or canned.

In the guide, nutritionist and spokesperson for the “I love 5 to 10 servings a day” campaign Julie DesGroseilliers explains how processed vegetables are convenient options that are both nutritious and tasty. “Raw or cooked, fresh, frozen or canned, in soups or in salads, sautéed or au gratin…there’s no wrong way to eat 5 to 10 servings of fruits and vegetables every day,” DesGroseilliers said.

The “I love 5 to 10 servings a day” campaign was launched by the Quebec Produce Marketing Association (QPMA) in 2004. Its purpose is to raise consumer awareness about the importance of eating fruits and vegetables as part of a healthy lifestyle.

The guide can be downloaded here for free (in French).

Category: Uncategorized
Tags: Canada, nutrition, processed vegetables, promotion, Quebec
We use cookies on our website to give you the most relevant experience by remembering your preferences and repeat visits. By clicking “Accept All”, you consent to the use of ALL the cookies. However, you may visit "Cookie Settings" to provide a controlled consent.
Cookie SettingsAccept All
Manage consent