Entries close on January 29 for the Gulfood Awards, which are designed to celebrate excellence and innovation across every category of the global food industry.
Now in their seventh successful year, the awards are being held as part of the Gulfood show, taking place at the iconic Dubai World Trade Centre (DWTC) from Sunday February 21 to Thursday February 25, 2016.
The finalists and winners in the 2016 awards will be announced during a special gala dinner in Dubai on the first day of the show February, February 21.
The 22 award categories include:

Gathering 5,000 food and beverage exhibitors from over 120 countries, the Gulfood show is billed as one of the world’s most important annual food and hospitality shows and an unrivalled chance to source and select from an incredible global product showcase. As one of the largest fairs in the Middle-East, it is very popular among importers and exporters of agro products and a crucial trade and business platform in a region with ever increasing demand – exhibitors and visitors from almost every country in the world meet at Gulfood to conduct cross-border business and establish international contacts in the trade arena.
Last year Gulfood attracted 84,642 total trade attendees, 64% of whom came from non-United Arab Emirates (UAE) countries, with a total of 156 countries covered, and 83% of visitors were looking to purchase within the next 6 months.
From specialty and fine food, to the widest range of organic food and drink, it is the opportunity to discover unique products from hundreds of specialist producers and over 110 international pavilions. Specialty areas covered are artisanal products, children’s products, ethnic food, fair trade, gift packs/hampers, gourmet & fine food, Halal products, health/wellness products, organic products, private label, ready meals and special diet products.

The show venue, the Dubai World Trade Centre, is within the business hub of Dubai, the city which is itself a hospitality, trade and tourism hub for the Middle East. A majority of UAE imports are traded through Dubai, its biggest city.
And according to UAE Minister of Economy Sultan Al Mansouri, food imports into the UAE – which buys in 85% of its food – are poised to rise from $100 billion (Dh367 billion) in 2014 to $400 billion in the next decade. Due to the lack of arable lands in the UAE, the government plans to develop farmland in other countries to help to secure food supplies amid increasing demand and it is also urging diversification of the sources of imported food so as to hedge against any crisis.
The UAE has already invested in agro-food initiatives in Namibia, South Africa and in several Arab countries including, Tunisia, Morocco, Algeria, Sudan and Egypt, Al Mansouri said.
Within the wider Gulf Cooperation Council (GCC) – consisting of Bahrain, Kuwait, Oman, Qatar, Saudi Arabia, and the United Arab Emirates – food consumption is expected to grow at a CAGR of 3.5% between 2014-2019 to reach 51.9 million tons by 2019 and food retail in the GCC is forecast to be worth $155 billion by 2018.

This year, Jebal became the number one importer of Moroccan fresh fruit and vegetables into the GCC countries.

“We have enjoyed a 70% jump in Moroccan produce this season, with a huge market awareness of it,” confirmed Driss Dehbi, co-founder and CEO of Jebal. “In the past few years Morocco was considered more as just a gap filler in the market.” But he said that now the country has become a major supplier, in particular for tomatoes and vegetables, with continuous and growing volumes over the full season. Other regions of origin are South America, North America, Europe and Australia.“Quality is more important than price, and the Middle Eastern distributors are giving more and more preference to Moroccan produce nowadays.”

Tomatoes are the main product imported in the UAE. They are appreciated for their good quality and affordable price. “We are supplying 100 to 120 tons per week of tomatoes from Morocco, imported by air.” Citrus fruit is the second top category imported, followed by mixed fruit and vegetables. Jebal supplies the different market segments of the Gulf, from wholesale markets to modern retailers (like Carrefour, Union, and Aswaq), as well as re-export channels and its own specialty stores in Abu Dhabi.

Developments in other food divisions

Jebal’s CEO confirmed the firm’s expansion in other areas of the perishable food business, as it boasts its own large cooling facilities. Jebal also distributes red meat, frozen chicken, seafood and processed fruit and vegetables, as well as other grocery items like juices and confectionery. “The food service sector in the UAE is indeed expanding, with food channels becoming more structured,” Dehbi said. He confirmed that the level of quality demanded by the market is gradually improving. Jebal is also investing in Morocco, in packing operations. “Our goal is to have direct relations with the growers and improve the efficiency of the supply chain,” he said. Jebal complies with the HACCP food security standard and is pushing hard for local authorities to establish import standards. “Currently there are no obligatory standards for fresh produce coming onto the market,” Hamad Al Art and Driss Dehbi Dehbi said. He believes produce not complying with such standards should not be allowed to enter the country.

This interview first appeared on page 49 of edition 139 (Sept/Oct 2015) of Eurofresh Distribution magazine. Read more of that issue online by clicking on the image of it here: 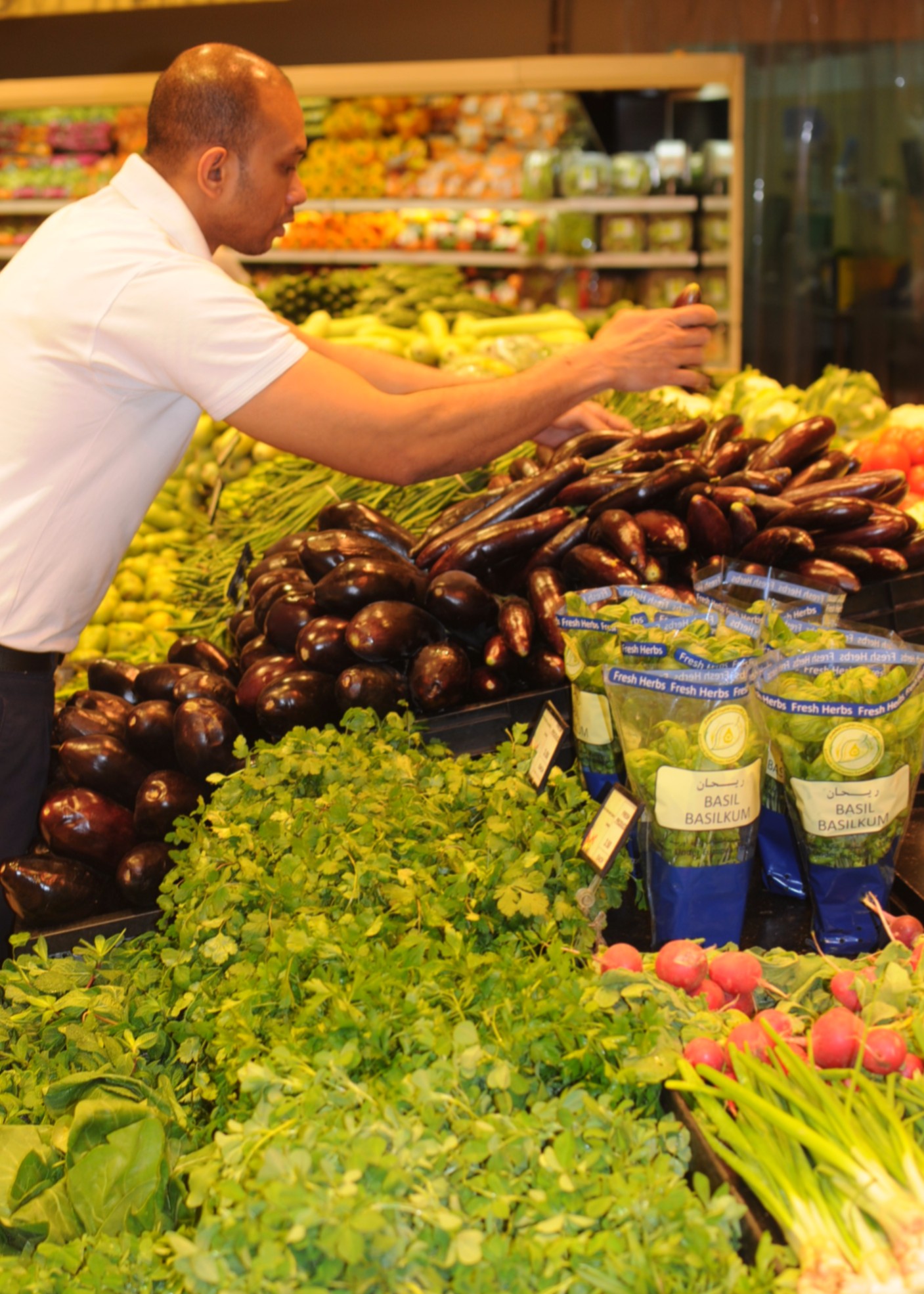 Fine Fare Food Market LLC, which operates Spinneys, the premium supermarket retailer in the Middle East, has become the first in the region to join GLOBALG.A.P. as a retail member. This is in line with the company’s strategic decision to support a sustainable sourcing policy in order to benefit their farming partners, the environment, and their customers.

The company operates hypermarkets and supermarkets in Qatar, Lebanon, Egypt, Jordan and, through a franchise agreement, 30 stores in the United Arab Emirates (UAE). GLOBALG.A.P. Membership confirms the company’s commitment to supporting initiatives that assure sustainable and safe products for consumers.

By December 2015, Spinneys UAE plans to import only GLOBALG.A.P. certified fruits and vegetables from South Africa, Morocco, Egypt, Tunisia, Kenya, and Europe. In 2016, the retailer will expand its sourcing policy and work with producers from other countries, including Sri Lanka, Australia and USA, to help them achieve GLOBALG.A.P. Certification.

First established in 1924 by Arthur Spinneys in the suburbs of Alexandria Egypt, Spinneys sold high quality fresh produce, grocery, and baked goods at a fair price and in a fresh and friendly shopping environment. By 1960, it had grown into a chain and succeeded in opening additional retail outlets in Lebanon, Palestine and Jordan and supplying food for petrol exploration teams across the Gulf region.

Spinneys opened its doors in Lebanon’s old Beirut Souks in 1948, followed by additional stores in various parts of the country in the 1970s, but unfortunately the stores closed due to the civil war at that time. Thirty years later, Spinneys pioneered the concept of a hypermarket in Lebanon and re-opened its doors in 1998 through one big store and seven other standalone outlets, in addition to regional expansion in the Middle East.

Spinneys was ranked one of the world’s 50 best grocers by UK based retail magazine The Grocer in 2013. 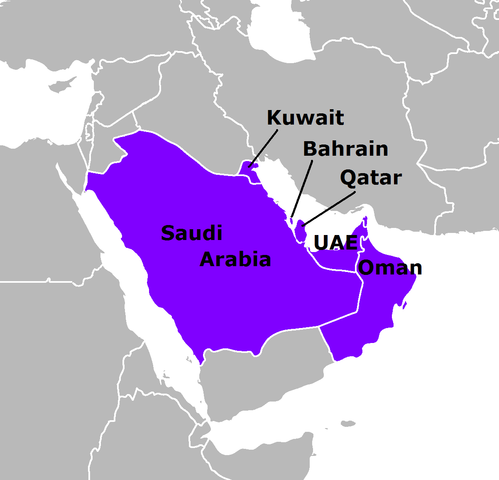 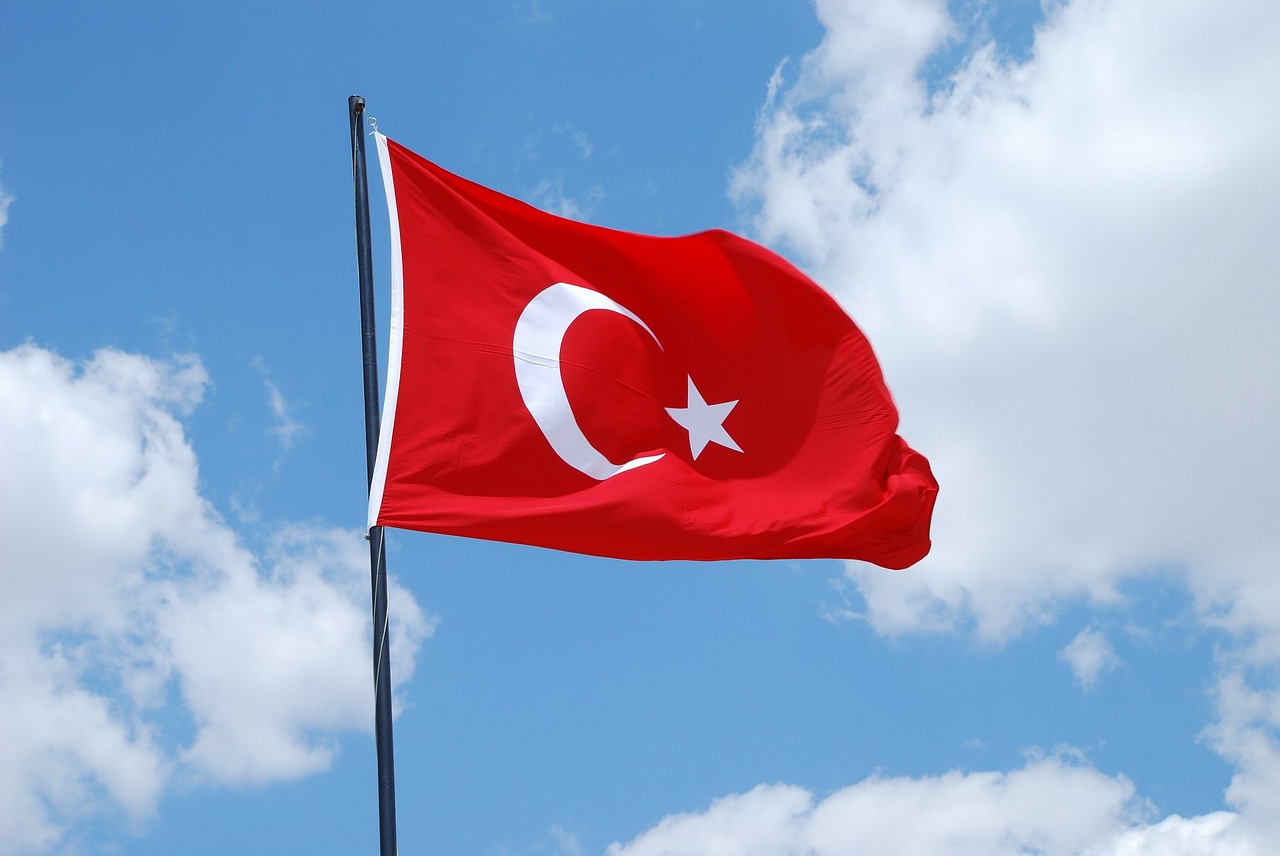 Category: Uncategorized
Tags: exports, FAS, Middle East, Turkey, USDA
We use cookies on our website to give you the most relevant experience by remembering your preferences and repeat visits. By clicking “Accept All”, you consent to the use of ALL the cookies. However, you may visit "Cookie Settings" to provide a controlled consent.
Cookie SettingsAccept All
Manage consent