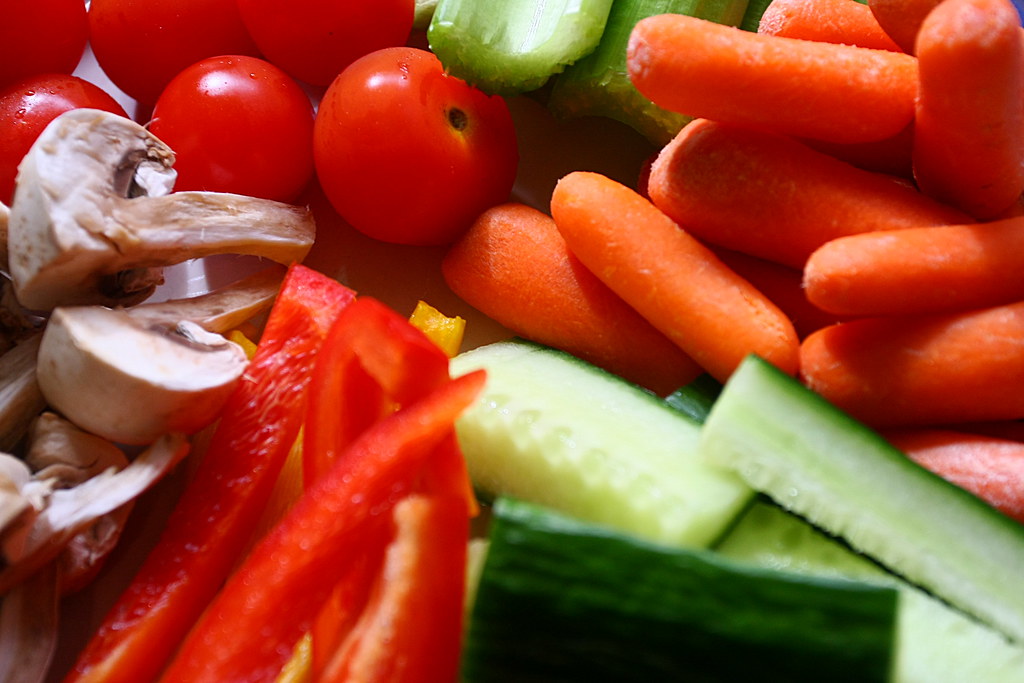 The consumption of fresh organics for healthy living is now a global phenomenon.

While consumers in Denmark, Germany or Switzerland are already accustomed to seeing organic and conventional products share shelves in their supermarkets, until a few years ago, this was unthinkable in other regions of the world. However, imports of fresh organic produce are increasing globally and gaining more followers every day.

Imports represent more than 90% of the firm’s business and have grown on average by 30% for the past three years. These products consist mainly of citrus, apples, pears, grapes and kiwi from the US, South America, Europe, South Africa, China and the Middle East. This year, Fruit Line Trading Est is focused more on key accounts, like supermarkets, with whom it is seeking to establish long-term strategic relationships. Jamal El Kari, Trading Est’s manager for Khat AlFakeha, said, “We have started developing our food service area which is going to grow, particularly with the new Vision for KSA 2030, which focuses on tourism. We are based in the capital of Saudi Arabia in the Fruit & Vegetables Central Wholesale Market and are looking forward to opening our branch in Jeddah City, which will capture both Jeddah and Makka and target the pilgrimage seasons as well.” In the area of sustainability, the firm has developed a food service segment that includes organic and zero-residue products. Corporate responsibility is a key value for the firm and its trading company, Khat AlFakeha. 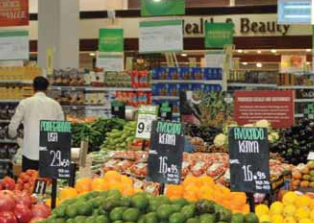 With 16 supermarkets in the Emirate, Abu Dhabi Coop is the main retail chain with about 30% of the modern food distribution in the Emirate, a value market of about 2 million people. Its main competitors are Lulu Supermarkets with 11 shops, followed by Carrefour with 5 hypermarkets. Since last year the chain has renewed the design of its stores, along with a more dynamic commercial strategy of attractive quality and prices. A larger product assortment and quality range of products is also offered. Food security is also guaranteed, since its suppliers are required to be GlobalGAP and ISO certified. The entire supply of fruit and vegetables is organized by the import subsidiary of the Kaf Group to which the chain also belongs. Imported vegetables make up about half of the supplies in winter and almost 100% in summer. After an outstanding advance of nearly 50% last year, sales are also progressing in 2016 despite the lower petrol prices. Among the growing product categories are value-added healthy varieties like blueberries and kale, as well as seedless mandarins and watermelons, tastier cantaloupe melons, coloured capsicums and also speciality leafs like spinach and rocket.

The first and only retail member of Global G.A.P. since 2015, Spinneys has been developing a strategy of sustainable sourcing with its fruit and vegetable suppliers. This has been implemented so far through 3 different programmes: “Responsible Sourcing”, “Season’s Best” and “Spinneys Club”. With the “Responsible Sourcing” programme, Spinneys raises its suppliers’ profiles, selected according to their certifications for G.A.P. practices and their degree of social and environmental responsibilities. The “Season’s Best” programme consists of promoting the most seasonal items every month, selected for their optimum eating qualities and attractive prices. One preferred produce supplier is chosen and their profile promoted at the point of sale. Started in January, 2016, the “Season’s Best” campaign has already promoted a South African stone fruit producer called Stems from Cape Town, as well as Stemilt Growers’ American apples from Washington. In April, 2015, the “Spinneys Club” was also created, with a high selection of 3 organic and 4 conventional growers so far. Their products are packed and sold under the “Spinneys Club” label with products of superior selection and specialities. These include renowned Spanish growers of seedless grapes and stone fruit such as Moyca and Royal. “We also aim to improve our logistics performance,” says Martine Aguirre, head of produce sourcing at Spinneys. A global partnership has been established with Hellemans Logistics for customized air and sea logistics. Today, the chain has 57 Spinneys stores in the UAE and 8 premium “Waitrose” joint ventures, as well as 8 stores in Oman. After 3 new store openings in 2015, the chain is slowing down its expansion due to lower petrol prices, which are affecting consumers’ behaviour.

The widest selection & best value with 65 hypermarkets and 65 supermarkets

Carrefour hypermarkets are the industry leaders in product selection and price guarantees in the Gulf countries, while the supermarkets are smaller in scale but still offer a great variety of products that cater to the everyday needs of the surrounding community. Over the last 20 years, this brand has grown from strength to strength in the region, and at Majid Al Futtaim they are committed to growing it even further. As part of the Majid Al Futtaim retail offering, Carrefour currently operates over 65 hypermarkets, over 85 supermarkets, and an online store in 12 countries across the MENA region. It will soon also expand to include 38 countries in the Middle East, Central Asia, Africa and Russia, where they hold the exclusive rights to the value-packed Carrefour franchise. Founded in France, Carrefour is one of the largest hypermarket chains in the world, and one of the most popular hypermarkets in the region. The brand ensures customer satisfaction and convenience while offering unbeatable value for money with a vast array of more than 100,000 products from home electronics and clothing to fresh fruit from around the world and locally produced items.

Ammar Al Bakri, CEO of Al Bakrawe, confirms the group’s market developments in the Arabic world and Northern Africa. Al Bakrawe Group pioneered the art of importing fresh produce into the UAE and is now one of the leading fresh produce importers and exporters within the Middle East with over 3,000 containers of fresh produce every year, bringing famous brands from all over the world and making sure fresh produce is never out of season. “With a huge fleet of over 200 refrigerated trucks equipped with the latest refrigerating technology and operating 24 h, at Al Bakrawe our promise is to deliver freshness wherever the destination,” says Al Bakri. Al Bakrawe Group sources from a long list of countries around the globe: the USA, Australia, Argentina, Chile, South Africa, Italy, Spain, France, China, the Philippines, India and Pakistan as well as Egypt, Morocco, Syria, Lebanon and Jordan. Al Bakrawe Group is a UAE-based company located in the heart of the Dubai Central Fruit and Vegetable Market (Al Aweer, Dubai). It runs 2 of its own cold stores with a capacity for 70 containers. It was established by Ammar Ali Bakri, who started his business earlier in Dubai in 1996 with fresh fruit and vegetable transport, handling, logistics and distribution. Al Bakrawe Group has quickly grown into one of the UAE’s largest and most innovative fresh produce providers. It is constantly awarded by the Dubai municipality for its commercial performance and compliance with food safety standards.

These articles appeared in the Mediterranean & Middle East Special Report on pages 38-40 of issue 142 of Eurofresh Distribution magazine. Read more of that edition online here.

Category: Uncategorized
Tags: Abu Dhabi, Abu Dhabi Coop, Al Bakrawe, Carrefour, Mediterranean & Middle East, Spinneys
We use cookies on our website to give you the most relevant experience by remembering your preferences and repeat visits. By clicking “Accept All”, you consent to the use of ALL the cookies. However, you may visit "Cookie Settings" to provide a controlled consent.
Cookie SettingsAccept All
Manage consent