After the success of Mac Fruit Attraction Mena, a new meeting will take place in Shanghai, in the framework of the HORTI CHINA trade fair in November of this year

Madrid, 24 March 2017. Mac Fruit Attraction China has been created though an alliance of IFEMA and Cesena Fiera with VNU Exhibitions Asia. The event will take place in the framework of Horti China, a fruit and vegetable trade show to be held from 22 to 24 November 2017 at the Shanghai Convention & Exhibition Center of International Sourcing.

Organised by IFEMA and CESENA FIERA, two trade fair operators from the main fruit and vegetable producers and exporters, Spain and Italy, Mac Fruit Attraction CHINA will be a meeting point for Asian operators and the international fruit and vegetable trade. China has been identified as one of today’s strategic markets for its potential for development, which will make this new platform a commercial opportunity where participating companies can form alliances with the Chinese market.

Driven by the success of Mac Fruit Attraction MENA, which will be held for the second time from 22 to 24 April in Cairo, this will be an important step forward in IFEMA’s international strategy with Cesena Fiera, with what has become an established platform for internationalization in the fruit and vegetable sectors in their respective countries.

“I am extremely pleased with this alliance”, said Renzo Piraccini, president of MacFrut, “because it is a unique opportunity to expand in the great Chinese market”. It represents a step forward in our strategy to make Mac Fruit Attraction a platform for internationalising the fruit and vegetable supply chain in Italy”.

According to Raúl Calleja, director of Fruit Attraction, “Mac Fruit Attraction’s China edition will enable us to continue expanding out international network, establishing Mac Fruit Attraction as the main tool for the global fruit and vegetable trade, because of its capacity to foster meetings between the supply and demand in strategic places, all over the world”.

From 22-24 November, 2017, the first edition of Horti China will be held at the National Convention and Exhibition Center in Shanghai. The International trade fair’s powerful and highly experienced group of organizers consists of VNU Exhibitions Asia and their leading counterparts in Europe Mac Fruit Attraction. The event will create a much-needed professional platform for China’s horticultural business: agriculture, with vegetable and fruit production as a top priority, is seen as the country’s ‘forgotten sector’, in need of fast and comprehensive modernization. China’s central government has put agriculture and food production at the top of all priority  program.

At Horti China, leading fruits, vegetable, flowers and plants players from all over the world will meet Chinese business partners and seize the opportunities in the world’s largest food market! The fair will enjoy government support from China and Europe, and its program will include expert seminars, VIP incentives and media events ensuring full exposure to a market of 1,4 billion consumers.

VNU Exhibitions Asia is a joint venture of Royal Dutch Jaarbeurs and Keylong Exhibitions Service Co., Ltd. As one of the earliest exhibition companies in the country, VNU Exhibitions Asia has been a leader in China’s exhibition industry for more than two decades. Through the joint efforts of more than 150 outstanding employees, the company hosts almost 20 top exhibitions and conferences in China each year, and boasts an exhibition area of over 500,000 square meters. The company is currently headquartered in Shanghai.

Cesena Fiera is the organizer of the International exhibition Macfrut, one of the leading exhibition in fruit and vegetable industry. The 34th edition of Macfrut will be held in Rimini Expo centre from 10 to 12 May 2017.

IFEMA (Institución Ferial de Madrid) and FEPEX organise Fruit Attraction, the International Trade Show for the Fruit and Vegetable Industry, which attracts more than 1,500 companies from throughout the fruit and vegetable value chain, and 60,000 trade professionals from 110 countries to Madrid every year. The 9th edition of Fruit Attraction will be held from 18 to 20 October 2017 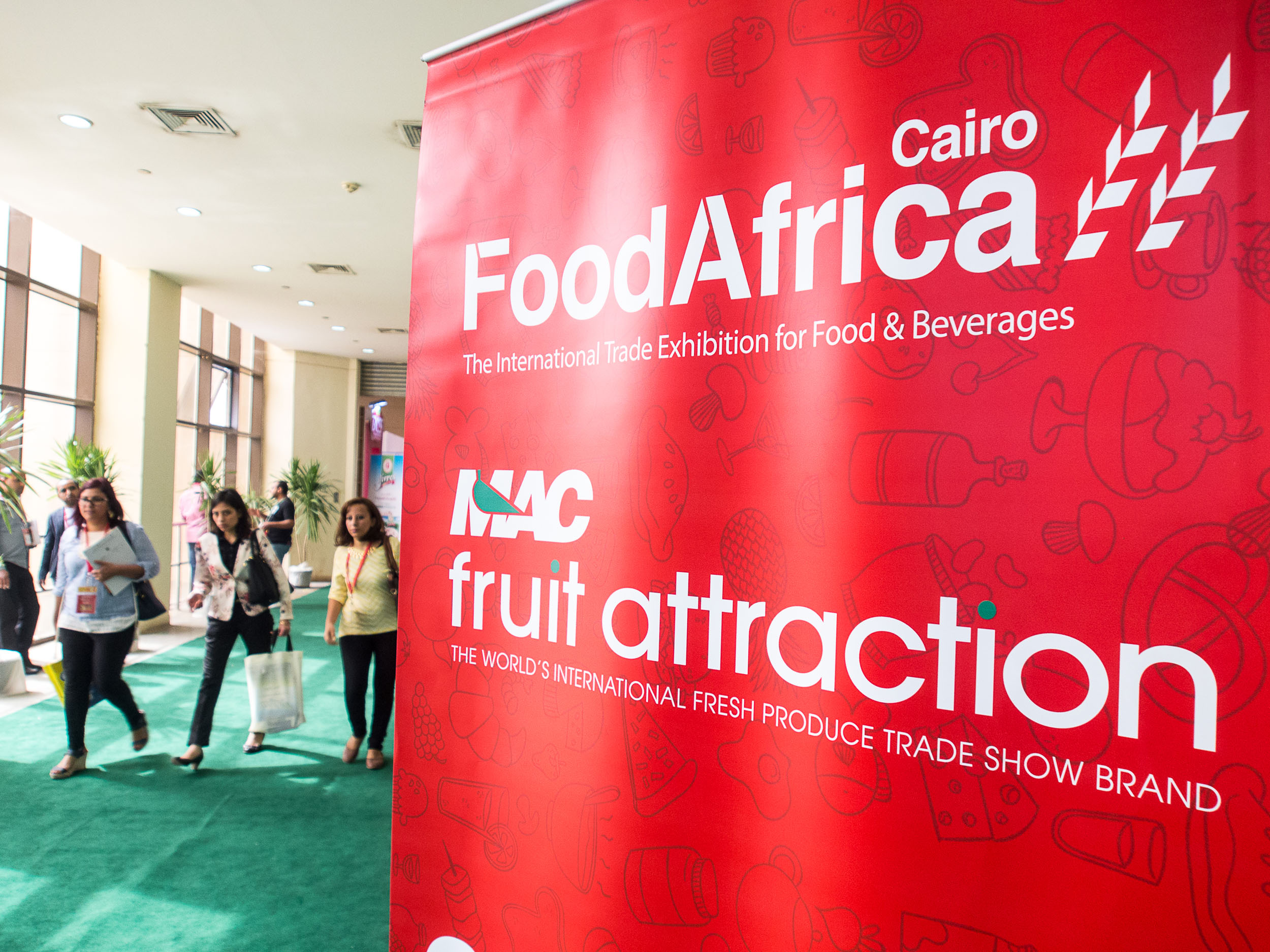 From the first edition of Mac Fruit Attraction – held in Cairo May 4-7 –  sprang new ideas to further internationalise Macfrut.

Secondly, there was a commitment for the event to confirm itself as a driving force for developing the entire supply chain as part of the internationalisation process.

And thirdly, to send a message to European and international institutions that the fruit and vegetable sector can significantly contribute to the development of African countries and of the Middle East.

Specifically, it can improve the living conditions of its inhabitants, thus reducing migration flows to Europe. If Italian companies in the supply chain cooperate, they can play a key role in this process. Many countries in this area have now become important markets for European and Italian fruit and vegetable produce, the release said.

“This is all supported by data,” said Cesena Fiera president Renzo Piraccini. “The improvements made in the cultivation, storage and processing techniques of agricultural products, especially fruit and vegetables, are the quickest and perhaps safest way of developing the economy of African countries, creating new jobs and improving the living conditions of its inhabitants and, as a result, reducing migration flows to Europe.”

“The Mac Fruit Attraction project, with Feria de Madrid, focuses on three development areas,” Piraccini said, “namely, North Africa, South America and Asia. After this first edition, the attention will likely turn to the other two areas of the world, always in collaboration with a partner linked to the local area in order to promote and organise the event, as in this case with IFP.”

“In view of our participation in other international events, we want to become a means for coordinating our presence along with that of other companies in this sector,” he said.

Feria de Madrid president Raul Calleja said consideration had long been given to implementing the international platform for the fruit and vegetable sector, something achieved with Macfrut. “Today, we need to have a global view of the industry, and Mac Fruit Attraction is heading in this direction.” 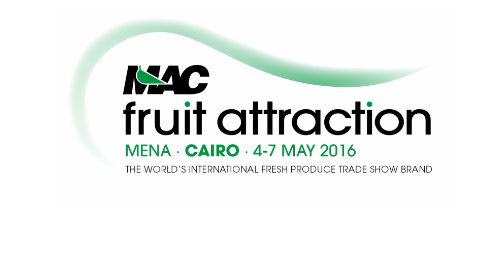 About 30 Italian companies will be taking part in the first edition of Mac Fruit Attraction, being held in Cairo May 4-7.

Organised by Cesena Fiera in collaboration with Feria de Madrid, this 4-day trade show, part of Food Africa, represents the entire fruit and vegetable supply chain: from production to machinery, and including packaging and services.

In a press release, organisers said the event is expected to attract 400 professionals in the procurement and distribution chain from the countries of North East and West Africa (45%), the Arab states of the Persian Gulf and MENA countries (40%), and from Eastern Europe (15%).

Mac Fruit Attraction aims to encourage Italian and Spanish fruit and vegetable producers to enter these strategic markets and expand their global network.

“North Africa and the Middle East have become strategic areas for many of our products, for example apples, of which Egypt is now Italy’s second major importer due to the crisis of the Russian market,” said Cesena Fiera president Renzo Piraccini.

“Sectors such as technology and packaging, with which Italy stands out worldwide, also have a huge market in the Middle East and North Africa. This trade show aims to become a means of supporting companies throughout their internationalisation process, which is the first step of the global platform that we intend to develop also in South America and Asia,” he said. 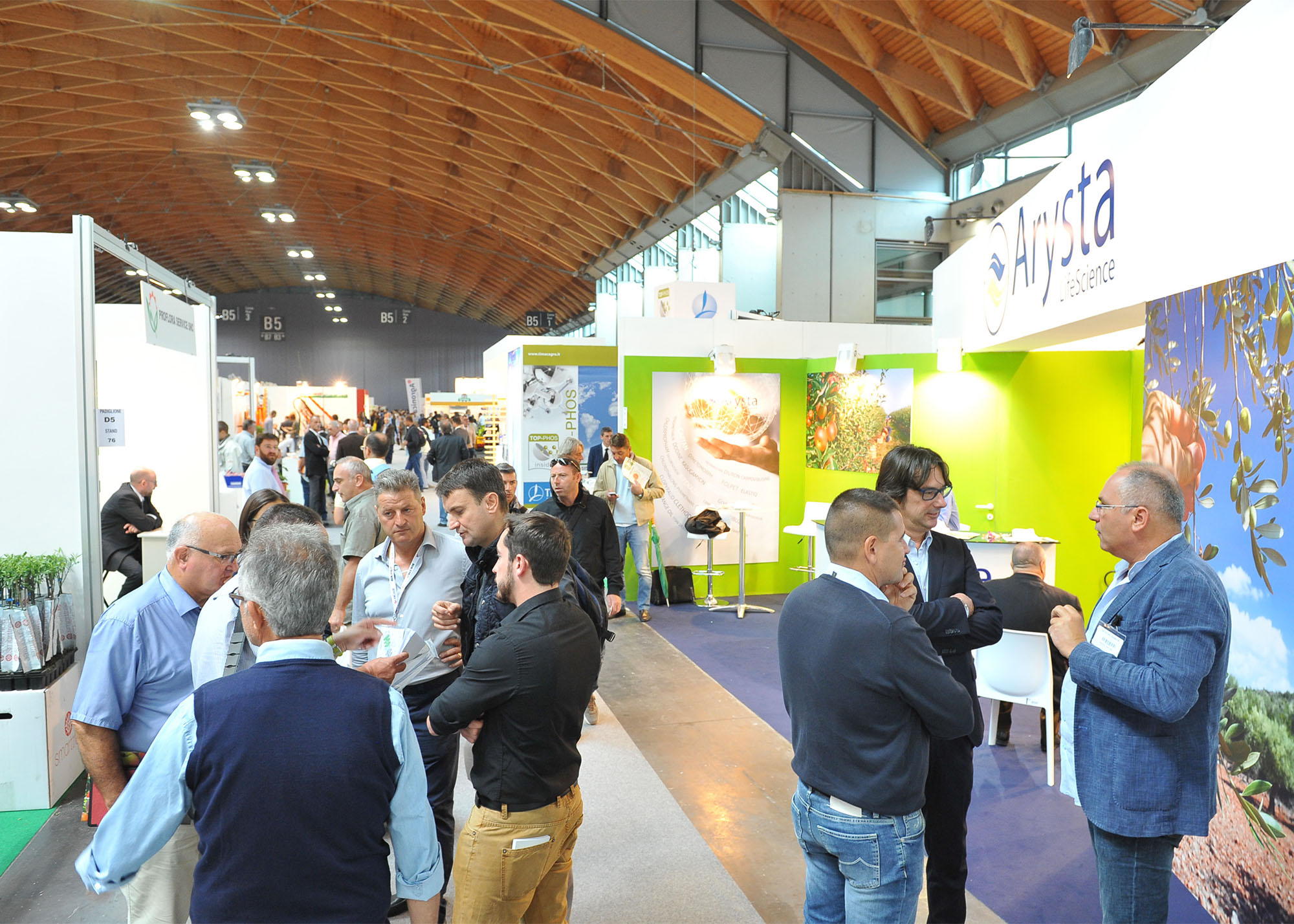 The first edition of the “new phase” of Macfrut, held September 23-25 at the Rimini Expo Centre, ended on a high note.

The trade fair of the Italian fruit and vegetable sector drew 39,000 people – the highest attendance the event, organised by Cesena Fiera, has achieved in 32 years.

In addition to the growing numbers, the change in Macfrut can also be seen in the type of visitors attending. One in five exhibitors was from abroad, illustrating its international appeal, and the overall number of exhibitors and event surface area have also increased.

Cesena Fiera president Renzo Piraccini and Rimini Fiera president Lorenzo Cagnoni expressed their satisfaction with the outcome. “This outstanding result proves what we can achieve if the supply chain works together,” Piraccini said.

“This is the beginning of a new phase that will make Macfrut become a world-leading trade fair. In May 2016, we will be in Cairo together with Fruit Attraction to host the first edition of Mac Fruit Attraction,” he said.

Category: Uncategorized
Tags: Cesena Fiera, Fruit Attraction, Mac Fruit Attraction, Macfrut, Renzo Piraccini, Rimini, Romagna region
We use cookies on our website to give you the most relevant experience by remembering your preferences and repeat visits. By clicking “Accept All”, you consent to the use of ALL the cookies. However, you may visit "Cookie Settings" to provide a controlled consent.
Cookie SettingsAccept All
Manage consent