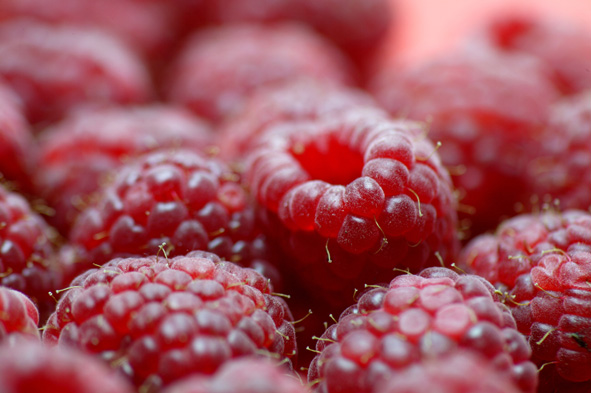 Berries have been the most valuable produce category in Europe over the last decade.

Red berries have overtaken all other types of fresh produce in terms of growth. In 2015, berries hit the spot in the UK, the top sales market in Europe in term of value, with £1.1 billion sales in summer.

Forecasts for the next 4 years are even more optimistic and foresee steady growth, becoming twice as fast for the five following years. Raspberries and blueberries are the most highly demanded, while strawberry consumption and trade should remain quite stable.

In consumption by country, northern nations are the biggest consumers of berries, especially the UK and Germany, consuming over 10% more than other European countries.

Strawberries remain the most widely consumed berries, accounting for 75% of total red berry consumption. Then come Denmark, the Netherlands, Sweden, Poland and the Czech Republic.

Spain, France and Italy consume relatively low volumes of berries. Even in the type of berries, tastes differ from one country to another in Europe.

Northern countries prefer to purchase black berries, such as blackcurrants and blueberries, while Southern European countries go more for juicy red berries, like strawberries and raspberries. There are no significant sales of blueberries in Spain, France and Italy.

The UK is one of the biggest market for berry sales. Among fresh produce in the UK, berries represent the most valuable overall, followed by nectarines and citrus.

Consumption of berries has been supported by huge efforts in production and promotion by British Summer Fruits. Many more countries have recently started to produce berries; more acres of berries have been cultivated than ever before in the world. Varieties are also more numerous than before.

Spain and Chile are the main berry suppliers for the UK. The sales season is longer, and supermarkets have established a favourable policy towards the berry market, with specific category management and extra shelves for sales.

Produce that meets consumer needs In the UK, berries have been strongly promoted by marketing campaigns. They are seen as a superfood, and their size and consistency make them very easy to pack, sell, buy and eat. In summer, strawberries represent 51% of total soft fruit. In 2015, sales rose to £564 million.

In an annual report on UK berry consumption, British Summer Fruits chairman Laurence Olins said berries used to be a luxury item but are now a staple consumed as part of a healthy diet for many people.

British Summer Fruits promotional campaigns have also had an impact on berry consumption. From 2010 to 2015, total value rose by €105 million to €255 million (all categories).

The British Summer Fruits board has run public relations campaigns featuring berries all year long. One of the most efficient campaigns was ‘Eat smart’, which was promoted nationwide with the support of journalists, celebrity food bloggers and influencers.

This article was first published in edition 145 (Sep-Oct 2016) of Eurofresh Distribution magazine on page 76. Read more berry and other fresh produce news from that issue at www.eurofresh-distribution.com/magazine/145-2016-sepoct.

Category: Uncategorized
Tags: Berries, British Summer Fruits, ed145, European berry consumption, European berry market, Laurence Olins, UK berry market
We use cookies on our website to give you the most relevant experience by remembering your preferences and repeat visits. By clicking “Accept All”, you consent to the use of ALL the cookies. However, you may visit "Cookie Settings" to provide a controlled consent.
Cookie SettingsAccept All
Manage consent