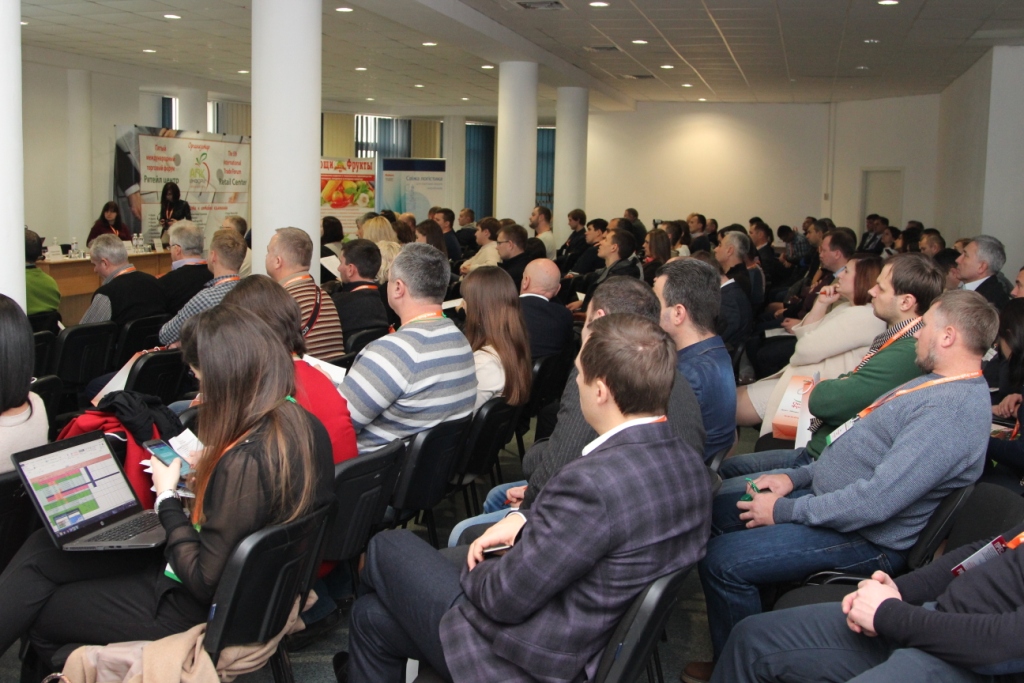 The organisers have started scheduling meetings at the 6th International Trade Forum, which will be held on December 1 in conjunction with the 13th International Conference “Fruits & Vegetables of Ukraine-2016. Profitable decisions”, IEC, Kiev.

The organizers also draw attention to the fact that preferential scheduling possibilities will be given to those companies that have confirmed their participation beforehand.

As regards the list of supermarket chains and importers, it is regularly updated and now includes the following buyers:

The trade forum is organised in a format of 15-minute negotiations between fruit and vegetable suppliers and purchasing managers of retail chains and importers, and the fact of the event being held within the conference “Fruits & Vegetables of Ukraine-2016. Profitable decisions” enables the participants both to conduct direct negotiations and receive exclusive analytical information on the fruit and vegetable market in the Eastern Europe. The organisers of Fresh Business Expo, which takes place 29 November – 1 December in Kiev, Ukraine, are expecting an increase of at least 30% on the attendance at the last exhibition.

In a press release, they said Fresh Business Expo is the only trade event in Ukraine that exclusively targets the complete chain of fresh produce.
The market situation is becoming more favorable and for this year, for the first time in years, the Ukrainian economy is forecast to grow by some 2%.

Also, the free trade agreement between the EU and Ukraine is giving a further boost to the economy.

“With the Free Trade Agreement now in place Ukraine is able to expand its exports to the entire European Union opening up a huge new market and possibilities.

“Ukrainian producers will need to invest heavily in the coming years in new equipment and machines in order to have their production meet European standards.

“Because of these combining factors The Dutch Bank ABN Amro awarded Ukraine with the first place on most promising agricultural markets worldwide. Financiers from ABN AMRO noted that Ukraine is one of the most important agro- industrial regions in the world,” they said in the release.

Kuno Jacobs, the international organiser, said that despite difficult times last year, the 2015 edition of the event was very successful, with an exhibitor satisfaction rate of 84%.

“Basically all companies that have participated with us last year will re-book for the 2016 edition, on top of that we see a lot of interest among new companies because of the changing market situation. These are the main factors for the expected growth in 2016,” Jacobs said.

Besides the strong increase in exhibitors, the organisers already see strong growth in online visitor registrations. Based on a preliminary survey, they expect more than 4,000 targeted visitors from all over Ukraine and neighboring countries.

One of the key success factors of the exhibition is the conference “Fruits & Vegetables of Ukraine”, which is organised by Fruit Inform within the framework of the exhibition, the press release said.

“Now is the time to show presence on this large potential market and benefit from the expected growth in the coming years.”

Category: Uncategorized
Tags: Fresh Business Expo Ukraine, Kiev, Kuno Jacobs, Ukraine
We use cookies on our website to give you the most relevant experience by remembering your preferences and repeat visits. By clicking “Accept All”, you consent to the use of ALL the cookies. However, you may visit "Cookie Settings" to provide a controlled consent.
Cookie SettingsAccept All
Manage consent