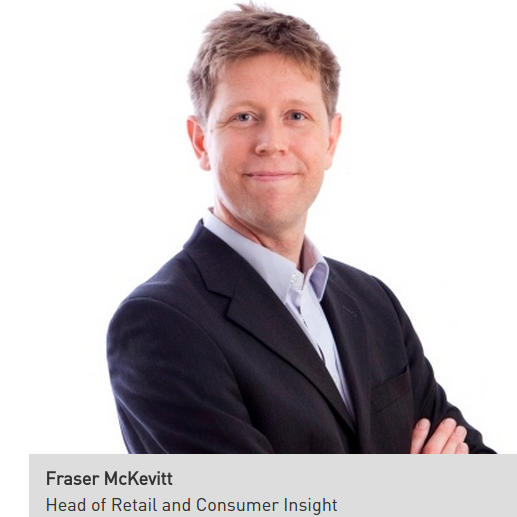 The British grocery market is growing at 1.1%, the fastest rate since June 2014, according to Kantar Worldpanel.

Its grocery share figures for the 12 weeks to February 1 also show:

Kantar Worldpanel head of retail and consumer insight Fraser McKevitt said Tesco is bouncing back from a tough year, with efforts to overhaul the supermarket attracting an additional 236,000 shoppers into its stores in the last 12 weeks.

“Early results suggest that discounters Aldi and Lidl will find their accelerated growth levels hard to match in 2015. Aldi’s growth of 21.2% is still impressive but a relative slowing from its 36% peak in May 2014. Likewise, Lidl’s maximum growth of 24% in the same period is now down to 14.2%. Despite this slowdown, both retailers are still taking share from the other retailers – rising 0.8 percentage points and 0.4 percentage points respectively to 4.9% and 3.5%,” he said.

At the premium end of the market, Waitrose has supported growth with a greater focus on price and promotion, delivering a 7.2% sales rise taking its overall share to 5.2%.

McKevitt said British shoppers are taking advantage of lower fuel prices and the ongoing supermarket price war to slightly increase their grocery spending. “This has pushed the market into 1.1% growth, low by historical standards but a considerable improvement compared to November 2014, when the market contracted.”

“All of the major grocers have continued to compete fiercely on price leading to like-for-like grocery prices falling by 1.2%. This is another record low, saving Britain’s shoppers £327 million over the past 12 weeks,” he said.

Category: Uncategorized
Tags: grocery, Kantat Worldpanel, rankings, Retail, supermarkets, UK
We use cookies on our website to give you the most relevant experience by remembering your preferences and repeat visits. By clicking “Accept All”, you consent to the use of ALL the cookies. However, you may visit "Cookie Settings" to provide a controlled consent.
Cookie SettingsAccept All
Manage consent