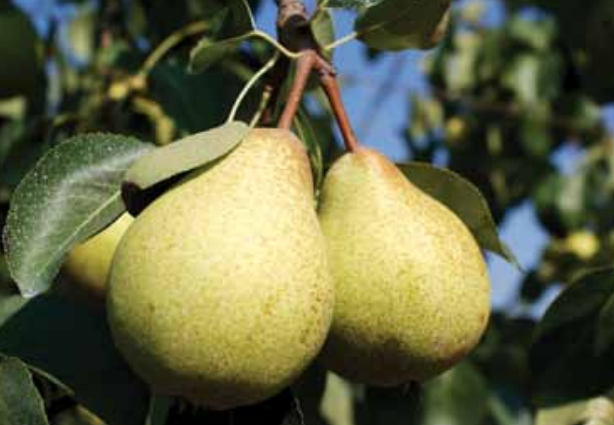 The context of European pear production suggests that 2016 production is expected to reach somewhat limited levels: 2.17 million tons are predicted, i.e. a 9% decrease on last season and on the previous three-year period.

On the other hand, good production is confirmed in the Netherlands: +1% on the 2015-16 season, while in Portugal production deficits similar to those of the previous season are expected.

In Italy, the quality of pears appears to be very good, with a product of consistent size, thanks to the smaller number of fruits present on the plants and to the positive climatic trend of the months of May and June, which favoured the correct development of the fruit.

According to Gianni Amidei, president of the interprofessional organisation for Italian pears OI PERA, the prospects for this season are positive, with a reduction of the supply not only in Italy but throughout Europe. The need to provide indications on the harvests of the major varieties arises from the requirement not to produce excessively, focusing at all times on a high-quality supply to ensure good market positioning.

The surface area in full production in the region is considered to be largely stable compared with last year: faced with a slight increase in Abate Fetel and the younger Carmen variety, investments in full-production areas for other varieties such as Decana, Conference and Kaiser are estimated to be in decline while the areas for Williams and Santa Maria appear to be largely constant.

From a production perspective, Abate Fetel yields appear to be in decline, with approximately 220,000 tons predicted in the region, displaying a reduction of -14% against 2015; Williams are also predicted to fall by -11%, as are Conference with -13%.

“Opera Take Away” and “SpicchiaOpera” are two of the novelties that Opera® – the only consortium of Italian fruit growers specialising exclusively in pears – has introduced for 2016.

Opera director Luca Granata said food experts recommend that everyone, particularly children, eat more fruit as a healthy alternative to other types of snacks, yet fruit consumption is on a downward trend, “maybe also because we fruit growers are not doing enough either to inform people about the nutritional and functional properties of the fruits we grow, or to make fruit consumption an easier and more attractive option.”

It was these considerations that gave rise to the innovative “consumer facilitators” for pears that are available to consumers for free at the major points of sale.

“OPERA Take Away is a practical pear-carrying container that can be reused thousands of times, allowing you to easily carry a ripe pear with you to school, the office, the gym or wherever you like, so that you can enjoy a nice pear as a healthy snack that is rich in fibre, potassium and vitamin C but contains only 0.1% fat and 41Kcal/100g. SpicchiaOpera, on the other hand is an accessory that allows you to divide a pear into 8 pieces.” Granata said.

This article was first published in edition 145 (Sep-Oct 2016) of Eurofresh Distribution magazine on page 72. Read more pear and other fresh produce news from that issue at: www.eurofresh-distribution.com/magazine/145-2016-sepoct.

Category: Uncategorized
Tags: European pear production, Gianni Amidei, Italian pears, Luca Granata, OI PERA, Opera Take Away, Opera®, pear, SpicchiaOpera
We use cookies on our website to give you the most relevant experience by remembering your preferences and repeat visits. By clicking “Accept All”, you consent to the use of ALL the cookies. However, you may visit "Cookie Settings" to provide a controlled consent.
Cookie SettingsAccept All
Manage consent