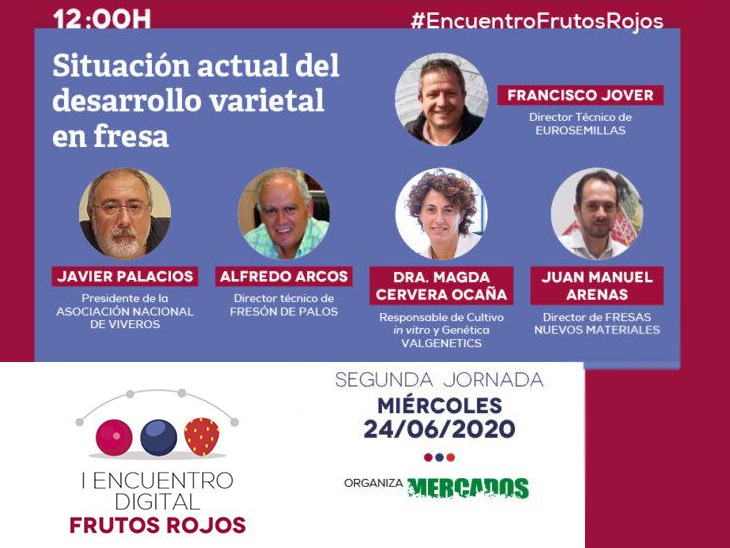 The high mortality rate among strawberry plants and how this affects the sector’s profitability was addressed at the second Digital Berry Meeting, organised by Mercados magazine. In a discussion titled: ‘Current situation of strawberry varietal development’, representatives of breeding companies, nurseries and producers analysed the causes of this mortality, which can reach as high as 30%, as revealed by Alfredo Arcos, technical director of Fresón de Palos.

The increasing diversity of varieties, from 20 to 117 in just over 15 years, according to the National Association of Strawberry Nurseries, together with the absence of active materials for soil disinfection and crop treatment, and the constant demand for earlier plants have all given rise to a breeding ground that is seriously affecting the profitability of commercial nurseries.

“Our profitability has plummeted, especially in the last three years,” said Javier Palacios, president of the association, who went on to say that “the business belongs to the breeders, who face no risks, while our profitability is zero.” And although nurseries provide healthy plants to their customers, if any problem appears, “we are responsible”.

According to Palacios, nurseries work with the sole objective of minimising mortality; for this, they scrupulously select the initial plant and, from there, they carry out an exhaustive follow-up of the clones according to criteria of fruit quality, Brix level, and yield. “It is almost impossible for a mutant to escape,” he said.

Nevertheless, strawberry plant mortality remains a problem with an increasingly difficult solution. In this sense, Alfredo Arcos regretted that, currently, the breeder companies focus on the search for earliness or yield, at the expense of other issues such as resistance.

Juan Manuel Arenas, director of FNM, and Francisco Jover, technical director of Eurosemillas spoke of their roles. On the subject of the possible causes of the mortality mentioned by nurseries and producers, Arenas added one more factor: the impact of climate change on nursery plants. As breeders, Arenas stated that they have two main goals: to offer varieties with tolerance to pathogens; and to provide their associated nurseries with genetic materials with sufficient guarantees for multiplication, which they then monitor.

At Eurosemillas, Francisco Jover stressed the low mortality of their varieties, which amounts to just 1-2%. The breeding company has been in the sector for more than 50 years and, today, has more than 40 varieties of different species, including berries. 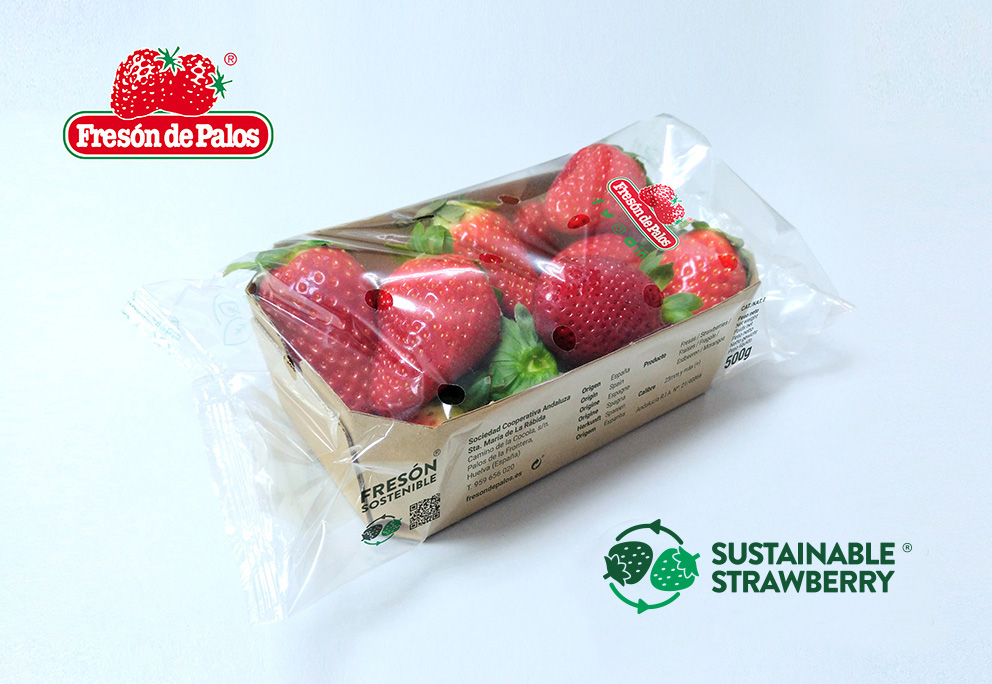 Fresón de Palos’ 2020 campaign got off to a normal start, with hopes of exceeding eighty million kilos. Among the novelties of the leading Spanish strawberry company based in Huelva, is the launch of “Sustainable Strawberry”, the brand that will be used for marketing its berries in a biodegradable container, thus reinforcing the cooperative’s commitment to the environment. In terms of infrastructure, Fresón de Palos will inaugurate this year a new storage centre, thus responding to the increase in volumes and the new formats that it will introduce to the entire range of berries.

Category: Uncategorized
Tags: Berries, Bio & Sustainability, Freson de Palos, Huelva, Organic, Strawberry
We use cookies on our website to give you the most relevant experience by remembering your preferences and repeat visits. By clicking “Accept All”, you consent to the use of ALL the cookies. However, you may visit "Cookie Settings" to provide a controlled consent.
Cookie SettingsAccept All
Manage consent