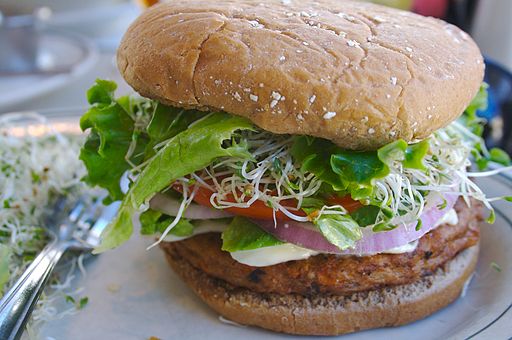 Healthy food options are the hottest trend in the enormous market formed by the food service sector in the United Kingdom, says a new GAIN report.

Reporting on opportunities for American exporters in the hotel, restaurant and institutional (HRI) market in the UK, the report says fresh and dried fruit are among the US products doing well, along with snack foods, nuts, salmon and seafood, cooking sauces, salad dressings, confectionery, dips and salsas, frozen foods, wine and beer.

“The UK government is increasingly promoting healthy eating and healthy lifestyles. There are opportunities for U.S. products that are natural, wholesome and healthy,” GAIN advises.

As an example of the focus on healthier living, it says fruit and vegetable juices are now more popular in the UK than carbonated drinks.

But despite the preference for healthy eating being the most significant trend in recent years, obesity rates in the UK – about 24% of the adult population is now technically obese  – are now the highest in Western Europe.

Other trends in food service in the UK

Burgers remain the number one item on menus, but other trends are becoming more mainstream in the UK, such as world cuisines, healthy food and indulgence.

“Consumer demand for new foods is strong in the UK and is continually driven by high numbers of non-UK citizens making the UK their home. Fastest growing business types are likely to be new fast food, street food, pop up restaurants, international cuisines, and coffee shops and sandwich bars,” the report says.

The report’s snapshot of major food service trends in the UK includes the following:

GAIN says the sector has picked itself up after the economic crisis and predicts this year it will continue to grow, returning to the spending levels of 2008, a previous peak.

Category: Uncategorized
Tags: food service, foodservice, GAIN reports, health trend, UK
We use cookies on our website to give you the most relevant experience by remembering your preferences and repeat visits. By clicking “Accept All”, you consent to the use of ALL the cookies. However, you may visit "Cookie Settings" to provide a controlled consent.
Cookie SettingsAccept All
Manage consent