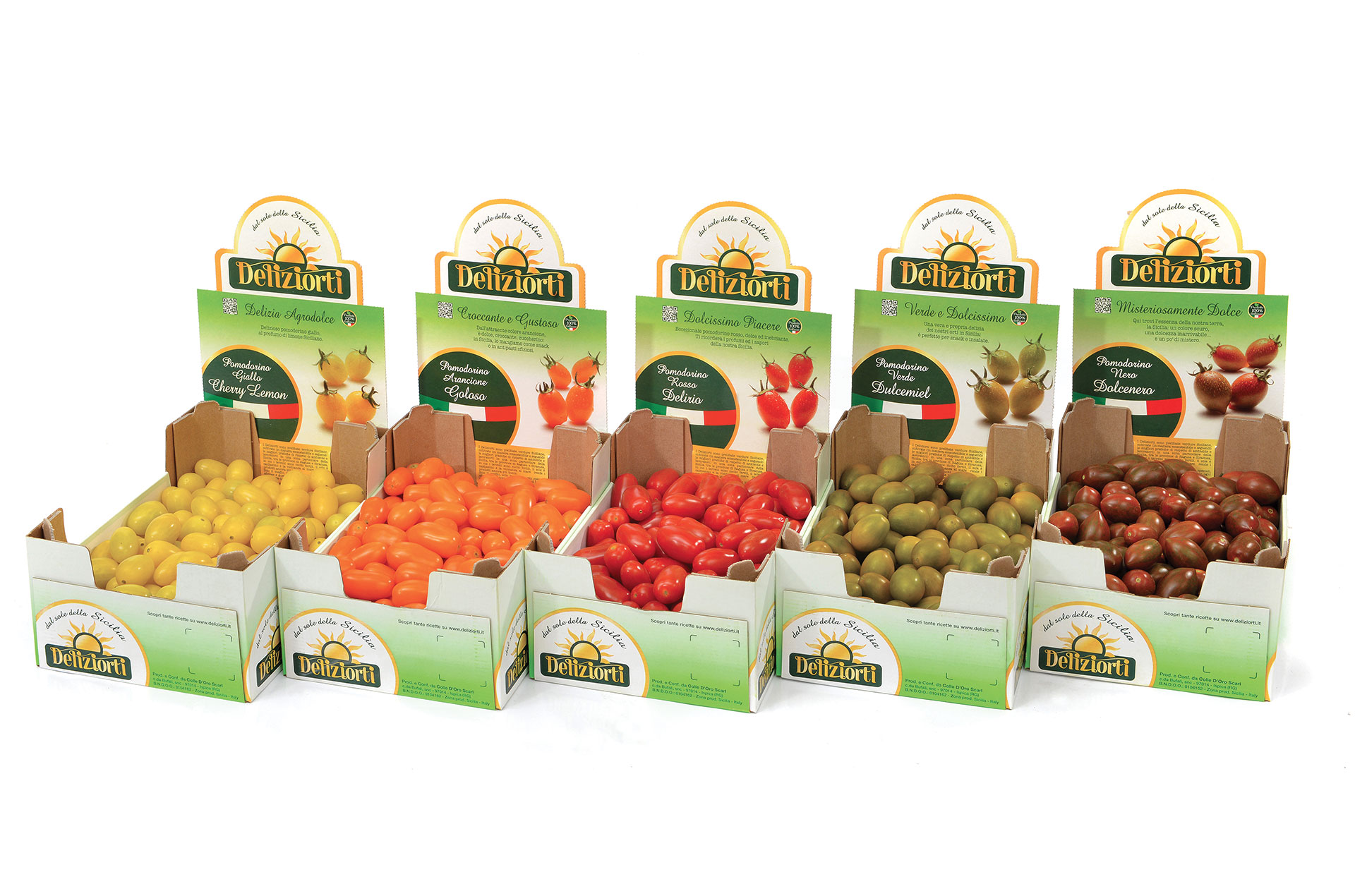 Colle d’Oro, one of the largest Sicilian vegetables growers, recently launched ‘Deliziorti’, a new premium brand to exemplify their top quality supply. The new brand is designed to highlight the source of the produce, under the slogan “From the Sicilian sun.” The range of produce includes innovative tomato varieties like the greenish, sweet “Dulcemiel” or the fully flavoured orange “Goloso”, as well as other Sicilian specialties such as sweet seedless pepper and baby carrots.

Colle D’Oro was founded in 1974 by the Calabrese family and today is one of the most important vegetable producer in Sicily. The company has a modern packing and distribution warehouse in Ispica (Ragusa), and specialises in vegetable production on more than 1,000 hectares, with a production calendar running from September to June and employing up to 450 people in the peak season. Some 40% of Colle D’Oro’s production output is fully organic. The company has high penetration in several European countries including Austria, UK, Germany, Denmark, Holland and France.

Category: Uncategorized
Tags: Colle d’Oro, Deliziorti, Sicily
We use cookies on our website to give you the most relevant experience by remembering your preferences and repeat visits. By clicking “Accept All”, you consent to the use of ALL the cookies. However, you may visit "Cookie Settings" to provide a controlled consent.
Cookie SettingsAccept All
Manage consent