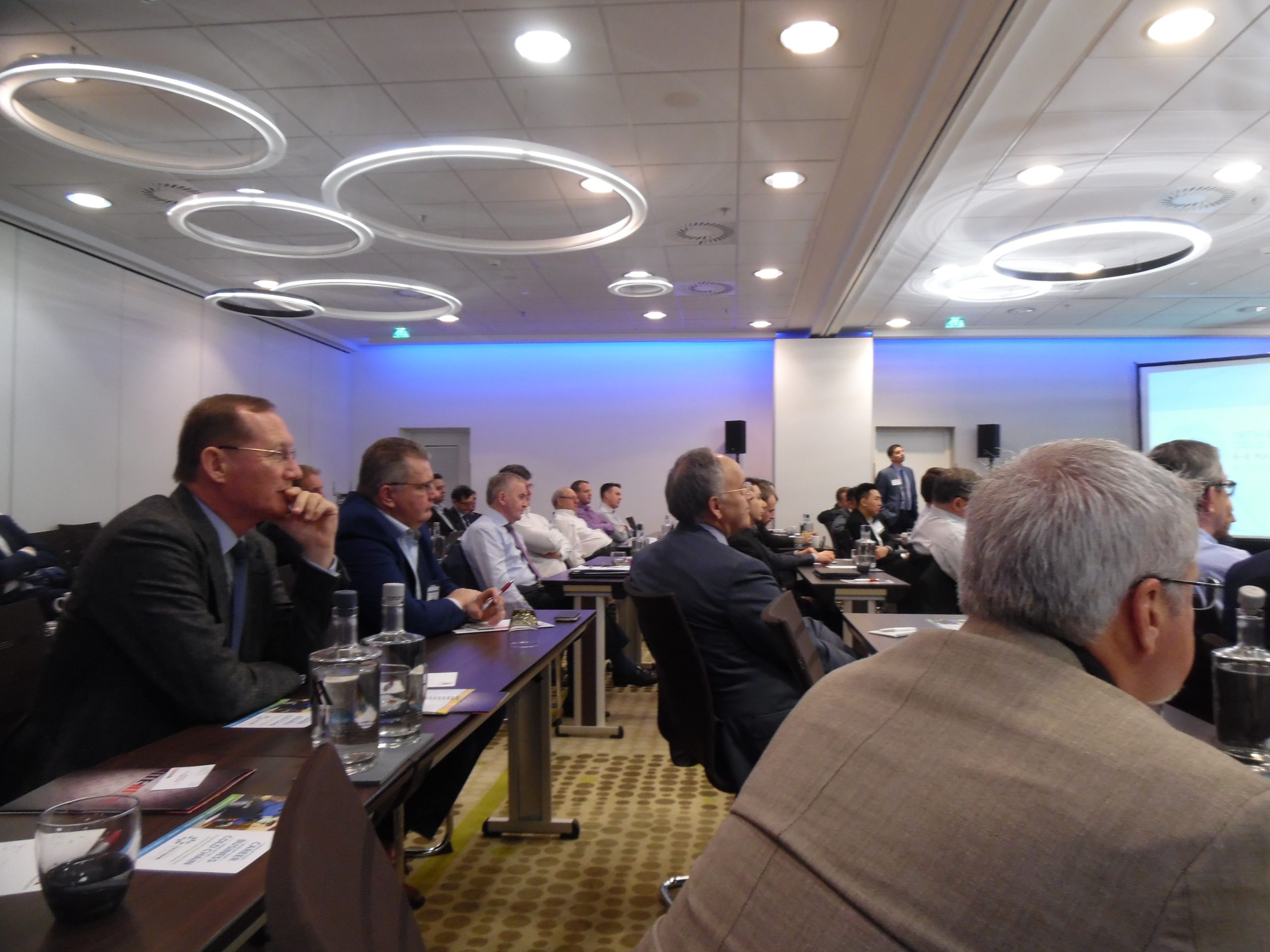 Today’s global reefer shipping business is influenced by many different macro drivers. To name but a few, global population growth, climatological changes, currency exchange rates and food safety issues can all affect the global flow of goods and therefore the global shipping business. Among all these drivers, Thomas Eskesen, founder of the Eskesen advisory group, sees more opportunities than threats, he told the audience during the 19th European Cold Chain Conference, held in Amsterdam March 6-8. However a dose of realism for the current situation is not misplaced. While over 2001-2007, growth figures in the global container shipping industry were significant – an annual growth rate of over 10% was not uncommon – a decline started leading to negative figures in 2009. Back when expectations were high, a lot of new ships were built, now leading to overcapacity. The overcapacity calls for more realistic growth expectations. Growth is slowing down and thus changing the dynamics of the sector. Eskesen warned that experts are advising that we get used to a much lower growth path than in the past.

Back to “normal growth”

“Growth percentages of around 2-3% will be the new normal,” he said. However in the short term things look less solid. “The second half of 2015 has not been okay and 2016 will be the worst in history,” Eskesen said. In order to control the situation, shipping lines need to cut costs. The forming of alliances is one way to control costs. “For the first time there is a correlation between size and profitability,” Eskesen said. As a result, “in 2015 pretty much everyone is cooperating to increase scale.” He said mergers are happening now and will be happening more often in order to increase scale and reduce costs. The future will bring larger ships and fewer carriers. The increased scale and cost reduction do have implications. There will be less carrier differentiation and shipping lines are expected to further simplify their services. It may imply a different accessibility since the alliances will likely not call at all the same ports as the individual carriers did. Also an increase in food miles and longer journeys should be expected due to slow steaming, which costs less but take longer.

Intra-Asia trade will be huge

Yet one of the bright spots is the expected average growth of trade in containerised perishables. For the period between 2014 and 2019, annual growth of 3.3% for the perishable trade is forecast. This is more or less in line with the estimated growth in GDP. Although growth certainly is expected in reefer business, the demand knows geographic differences. Europe is definitely not the place where growth will take place in terms of imports. The trade into Europe from Latin America shows a decline. Also, due to increased demand from emerging markets, producers have more choice in where to sell their produce, giving them the possibility to choose less demanding markets. In that scenario, Europe, which is known for its more exacting quality and food safety requirements, could be left behind.

In terms of imports the Middle East and South Asia show the brightest figures – a CAGR of 5.9% between 2014 and 2019. Although growth is expected to slow down for Asia Pacific, it will remain the largest import region. In terms of perishable exports, a slowdown in growth is expected for all regions while Europe is the only region to see its market share rise. Brazil and Russia – once the promising B and R of the BRIC countries – seem not to be able to live up to previous economic expectations. Eskesen signals that currency issues – such as the strong dollar against the weak euro- can change the flow of goods, but in the long run currency impact is small. Of much more impact are trade barriers, like the ones affecting Russian trade. Eskesen identifies trade barriers as one of the lasting geographical key trends that will affect the shipping business. It is also why he is positive about the transatlantic trade openings the TTIP (Transatlantic Trade and Investment Partnership) could offer . Asia, on the other hand, is doing well, with India and specifically China as the success story. It is where the population growth – and increasing middle class – will be. It is also where retail is developing rapidly and it is –although to a lesser extent – where the economy is still growing. Significant growth into China is expected. It will be predominantly trading partners south east Asia and Latin America who will be responsible for the trade growth into China. “The intra-Asia trade will be huge and overall much more will be traded into Asia,” Eskesen said.

Besides offering many opportunities, emerging markets can also pose challenges and bring about uncertainties. The cold chain in those markets is not yet very sophisticated and is therefore very expensive. Also surrounding food safety and the cold chain there is no global legislation in place. It remains to be seen how this will be shaped in countries like India and China and how enforcement will be arranged. Eskesen observes that investments in the cold chain in emerging markets are much needed but also very much dependent on legislation. “It will not stand a chance if the competition can work cheaper on lesser standards,” he said.

Traceability is another factor to be taken into account. “It is big and will even be bigger. We need to know what happens inside the box.” He said transparency is needed to change the industry. With regards to the cargo, carriers do have a big responsibility and more transparency would also offer more possibilities for analysis of a given situation. Definitely an uncertainty is the weather and the much discussed climatological changes are felt by the shipping industry. They signal that indeed the weather is getting more and more extreme, making business forecasting even more complicated.

All in all, the current state of the reefer business seems to show a mixed landscape but one where uncertainties, new developments and cost cutting measures can transition the sector towards growth.

Category: Uncategorized
Tags: containerised perishables, European Cold Chain Conference, Logistics, MW, reefers, Shipping, Thomas Eskesen
We use cookies on our website to give you the most relevant experience by remembering your preferences and repeat visits. By clicking “Accept All”, you consent to the use of ALL the cookies. However, you may visit "Cookie Settings" to provide a controlled consent.
Cookie SettingsAccept All
Manage consent