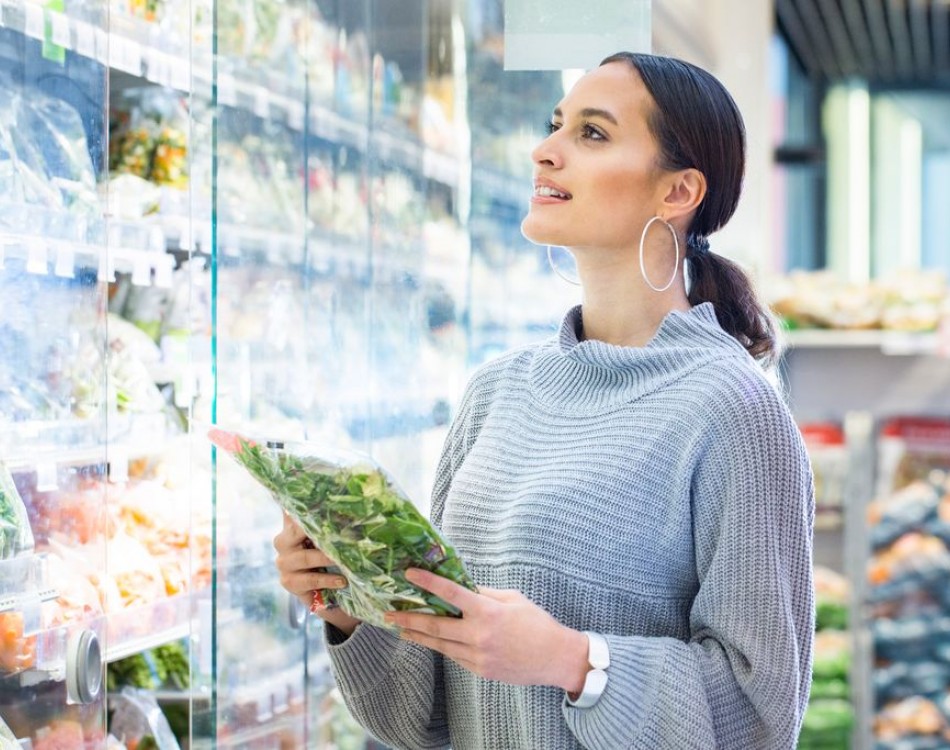 Whether in a smoothie for ‘on the go’, snack tomatoes in a business meeting or an 80/20 meal at a top-class restaurant… Bauke van Lenteren, Manager Convenience at vegetable breeding company Rijk Zwaan, has noticed that fresh vegetables are becoming an increasingly important ingredient in the growing foodservice market.

There is less data available about the foodservice market than the retail sector because it is much more fragmented. Van Lenteren: “The foodservice and convenience market is made up of several different channels, such as food chains, restaurants, vegetable processing companies and institutional catering companies. Additionally, there are significant differences between individual countries. In France, for example, catering targeted at the education sector is big business. In the UK, we’re seeing a blurring of the lines between restaurants and supermarkets. And in the USA the out-of-home market is already bigger than the retail market because American consumers eat out much more often than they cook at home. The ratio is around 70:30.”

Although each country is evolving differently, the market is growing overall. The statistics also show that the share of fresh vegetables in the foodservice segment is on the rise. In the Netherlands, Dutch foodservice companies purchased 10% more fruit and vegetables in 2018 than in the previous year, according to figures from GroentenFruit Huis. Salads, vegetable blends and tomatoes are most popular. Van Lenteren: “Michelin-starred chef Niven Kunz has been one of the pioneers of Dutch cuisine. He launched the 80/20 philosophy – the ratio of vegetables to meat on a plate – and inspired other chefs to do the same. A similar trend could be seen during the European Convenience Forum in Hamburg. Research has shown that the out-of-home market purchases the most fresh-cut fruit and vegetables in Germany.”

A specific variety for every snack

Van Lenteren expects this trend to continue, and Rijk Zwaan is capitalising on it with innovations. “We have a specific variety that meets the needs of the restaurant, food chain or caterer for every application. Our cos lettuce with KnoxTM is the ideal solution for Caesar salads, for example. And we have the perfect lettuce leaves for every type of sandwich – classic baguettes, hamburgers or flatbreads. In fact, our Wrap Lettuce can even replace the bread altogether. Our extra-large tomatoes can be used as hamburger toppings, and versatile babyleaf spinach is the ideal ingredient in a healthy smoothie or salad for lunch.”

Over the coming month, Rijk Zwaan will be putting these and other out-of-home applications in the spotlight. Van Lenteren: “We hope to inspire foodservice companies to use even more vegetables!” That’s how we share a healthy future. 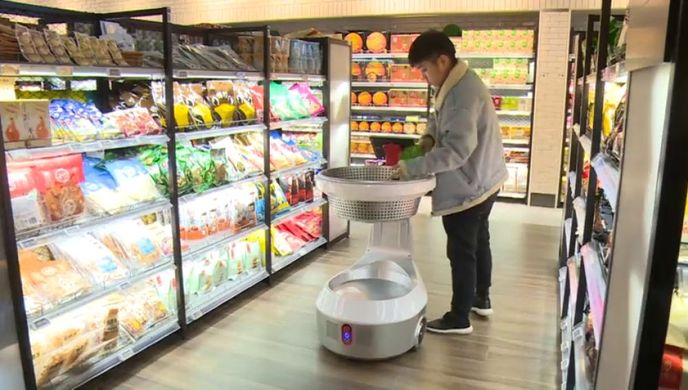 “We know that Chinese consumers are confident in their futures. We see steady progress made in employment、international trade、investment、and various economic indicators suggesting strong reasons for consumers to have a positive outlook. With China’s GDP at 6.6%, and ranking first among the top five economies in the world, we expect Chinese consumers to remain optimistic in coming years,” said Andy Zhao, president of Nelsen China.

Chinese consumers’ optimism about their financial situation is the result of the combination of personal economic conditions, employment expectations and consumer willingness. According to the National Bureau of Statistics, the economic situation of individuals has been greatly improved over the past five years. From 2014 to 2018, the average personal salary has increased by 29%, and personal disposable income has increased by 32%. It is estimated that in 2022, the average personal salary will increase by 33%, and personal disposable income will also increase by 24%.

From the perspective of consumer willingness, Nielsen’s consumer confidence report data for the fourth quarter in 2018 showed that Chinese consumers’ spending willingness is 60 points, which had an increase of 3 points from 2017.

While income and consumer sentiment is rising, consumption patterns of Chinese consumers are also changing. With the rapid development of e-commerce, logistics, and new retail formats, goods and services are easier to obtain than ever. The proportion of Chinese consumers in education, culture, entertainment and other categories is rising gradually. Among them, tourism, leisure and entertainment have an obvious upward trend. People’s willingness to consume has gradually changed from satisfying basic needs to improving the quality of life.

Nielsen research shows that in the past five years, 56% of Chinese consumers spend more on grocery fees, which means more and more Chinese consumers are willing to choose high-end daily necessities as a necessity for daily consumption. At the same time, Figures from the national tourism administration show that in 2018, the number of domestic tourists reached 5.5 billion, up 10.8% year-on-year, and the total number of inbound and outbound tourists reached 291 million, an increase of 7.8% year-on-year. This is consistent with Nielsen’s findings. There are 54% of Chinese consumers spend more on tourism. In addition, There are also other categories that attract Chinese consumers to increase spending, for example, leisure and entertainment (51%), eating out (50%), and education (50%). From this, it can be found that with the rapid growth of personal disposable income, consumers have growing demand for quality of life products.

“We see strong consumer willingness to spend and high demand for quality of life products and services. This is both an opportunity and a challenge for retailers and manufacturers. In a dynamic market like this, the key for winning is understanding the changing demand and behavior of the Chinese consumer,” Andy Zhao concluded.

Nielsen Holdings plc (NYSE: NLSN) is a global measurement and data analytics company that provides the most complete and trusted view available of consumers and markets worldwide. Our approach marries proprietary Nielsen data with other data sources to help clients around the world understand what’s happening now, what’s happening next, and how to best act on this knowledge. For more than 90 years Nielsen has provided data and analytics based on scientific rigor and innovation, continually developing new ways to answer the most important questions facing the media, advertising, retail and fast-moving consumer goods industries. An S&P 500 company, Nielsen has operations in over 100 countries, covering more than 90% of the world’s population.

The Andalusian inter-professional body Hortyfruta and the regional agricultural department are redoubling their efforts for the spring campaign to satisfy melon consumers. “No unripe fruit” is the new slogan for the melon and watermelon campaign to raise awareness among farmers not to harvest melons and watermelons before their time. Their president Francisco Góngora advises farmers to “observe each variety’s minimum Brix,” so as to ensure the fruit’s flavour and sweetness demanded by the consumer. This means 9º Brix for watermelons, 10º for Galia and yellow melons, and 11º for Piel de Sapo and Charentais melons. The administration intends to carry out more than the 4,000 samples and 360 checks they did in 2013 (four times more than in 2012), when only 1.1% of watermelons were rejected, and less than 1% of melons.
Hortyfruta also carried out a survey on consumer preferences regarding melon varieties in several European countries. They specifically analysed consumption of Cantaloupe in France, and Piel de Sapo and Galia in the UK. Texture and sweetness are the main selection criteria, above aspects such as appearance or origin.

“We care, you enjoy” conquers England
In the third year of its campaign (until February 2015), the European promotion campaign “We care, you enjoy” is culminating in an intensive communication programme in England, with nutritionist Fiona Hunter as the spokesperson, of similar reach to the activities already carried out in Germany. The campaign has activities on the street (“off trade”: advertising at petrol stations, airports and motorways), inserts in consumer magazines (lifestyle types and supermarket chains), participation in consumer fairs (like the “Fit London Show” that attracted more than 12,000 women) and press trips for English and Scottish journalists to Andalusia and Murcia.
Jointly funded by the Andalusian interprofessional body Hortyfruta and the Murcia exporters’ association Proexport, with support from the European Union and the Spanish government, “We care, you enjoy” has a budget of €3 million and will be renewed once the current programme has ended.
In addition, Hortyfruta has submitted a request for funding for a new consumer information campaign about “the good points in the European production system”, which is more sustainable, and their good farming practices. Germany, Austria and the United Kingdom are the chosen markets.
“We still have to generate synergies in our industry; there is still a lot of individualism,” claims Hortyfruta’s president, Francisco Góngora. He hopes to encourage more ambitious future projects, thanks to the new European regulation of the common agricultural policy and the new Spanish food regulation law. Both of them will give more support for promotional activities, fostering more sustainable agriculture and healthier consumption. “As an interprofessional body, we should also help reduce imbalances between production and distribution.” The interprofessional body is also working with the administration to draw up extensions to the standards, such as standardization and classification of products, and financing of promotional campaigns. Francisco also regrets the loss of farmers’ profitability, because “costs are still rising but prices are not improving.”

Category: Uncategorized
Tags: Almeria, consumers
We use cookies on our website to give you the most relevant experience by remembering your preferences and repeat visits. By clicking “Accept All”, you consent to the use of ALL the cookies. However, you may visit "Cookie Settings" to provide a controlled consent.
Cookie SettingsAccept All
Manage consent