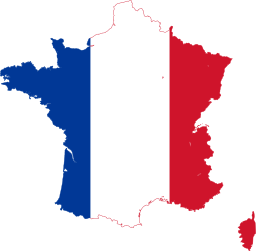 The European Commission is looking into whether French retail giant Carrefour’s new policy of offering only ‘France Origin’ seasonable vegetables in nearly 1,200 of its stores in France may breach competition rules.

Margrethe Vestager, European commissioner for Competition, said the Commission is currently looking into the issues and liaising with the French competition authority.

“It appears from the press release issued in November that Carrefour and France’s federation of vegetable producers announced a new partnership agreement to offer only ‘France Origin’ seasonable vegetables in Carrefour’s 1,200 retail stores in France.”

“It is a priority of the Commission to protect the internal market and avoid restrictions of competition to the detriment of the consumer. It appears from the announcement in question that imported products will not be sold in Carrefour’s shops in France. In order to investigate whether the situation, and in particular this partnership, entails a breach of competition rules a number of facts would need to be ascertained.”

“The Commission is currently looking into these issues and liaising with the French competition authority,” she said.

Vestager was responding to a written question from Dutch MEP Jan Huitema (ALDE), who began by saying that the Carrefour announcement in November that in the next 10 months it would purchase fruit and vegetables only from French producers, meant imports of produce from other EU Member States would be blocked.

“Carrefour sees this as a means of supporting French farmers who have been hit by the Russian boycott, adverse weather conditions and low prices,” Huitema said, but he went on to ask, “if Carrefour is breaching EU competition rules with the measure and undermining free trade within the European Union.”

In a November press release, Carrefour said  its agreement with France’s federation of vegetable producers to offer only France Origin seasonable vegetables was the “first of its kind” and “consistent with the group’s ongoing commitment to supporting farming and to working in close partnership with farmers. It will also apply to spring and summer vegetables.”

“Following the highly unusual weather conditions that 2014 has seen, together with the serious disruptions that have resulted from the sanctions imposed on Russia, Carrefour – in partnership with Légumes de France – has decided to support French producers of everyday vegetables and promote production in France of carrots, potatoes, onions, turnips, chicory, shallots, etc. while they are in season.”

“This commitment covers all of the group’s Carrefour hypermarkets and Carrefour Market supermarkets in France – a total of nearly 1200 stores. And so that customers know what exactly they’re buying, special signage will be used to identify all France Origin products,” Carrefour said.

Read more about the Carrefour Group on p26-27 of our latest edition, number 135.

Category: Uncategorized
Tags: Carrefour, competition, EU, France
We use cookies on our website to give you the most relevant experience by remembering your preferences and repeat visits. By clicking “Accept All”, you consent to the use of ALL the cookies. However, you may visit "Cookie Settings" to provide a controlled consent.
Cookie SettingsAccept All
Manage consent