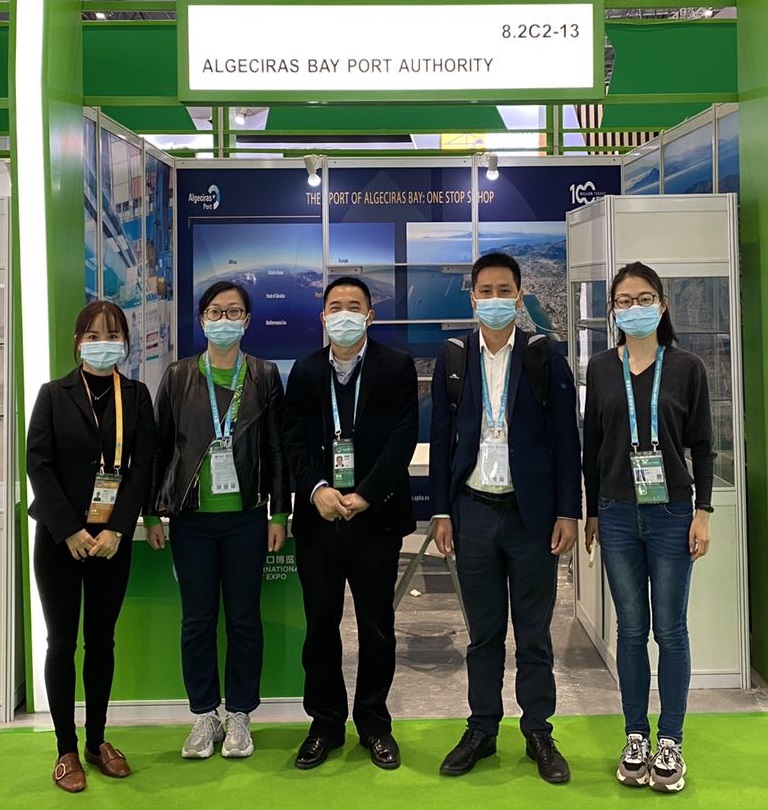 Port of Algeciras, Spain (APBA) took part in III International import/export Fair (CIIE 2020) in Shanghai (China). The Fair was attended by local agents cooperating with APBA in Asian trade missions as well as by the staff in charge of the Exterior Promotion of Andalucía region.

The delegation representatives of Ningbo-Zhou Shan Port led by Chen Goupan, vice-president of internal relations, payed visit to the Algeciras stand. APBA has been cooperating closely with that Asian port since 2018, when a Memorandum of Understanding was signed in both Ports. Ningbo is not only a strategical partner; it became the first Chinese partner port for containers parting from Algeciras, and since then, shipping lines of 2M and Ocean Alliance Groups connect Spain and China.

Category: Uncategorized
Tags: CIIE 2020, Fair, Port of Algeciras, Shanghai, Spain
We use cookies on our website to give you the most relevant experience by remembering your preferences and repeat visits. By clicking “Accept All”, you consent to the use of ALL the cookies. However, you may visit "Cookie Settings" to provide a controlled consent.
Cookie SettingsAccept All
Manage consent