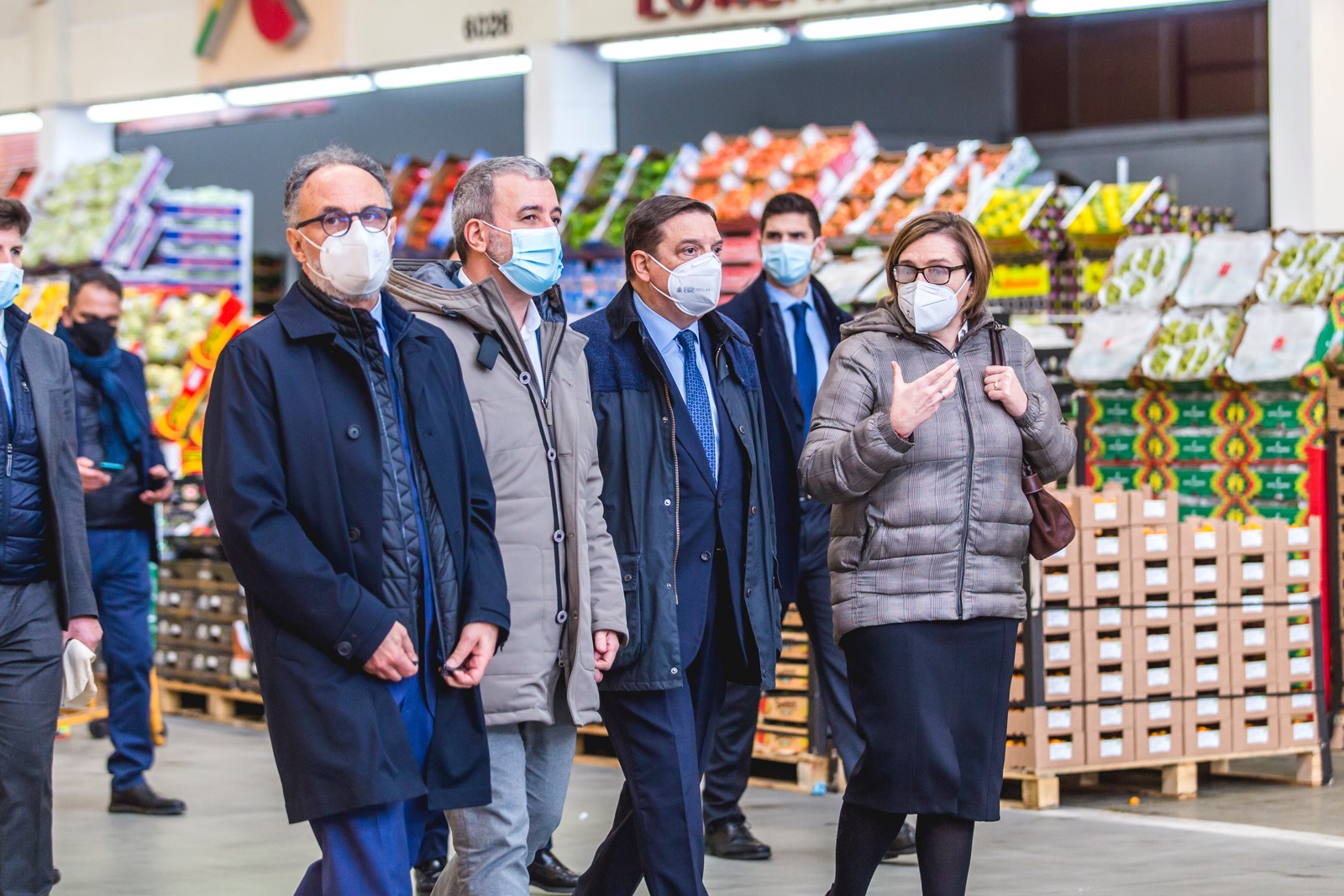 The Minister of Agriculture, Luis Planas, visited Mercabarna to learn about the operation of the food park, its main projects, the Central Market for Fruits and Vegetables and the recently opened Biomarket. During the meeting with the media, the Minister of Agriculture highlighted the role of Mercabarna and the rest of the Spanish markets as essential services, thanks to which the food supply is being guaranteed during the health crisis that we are suffering. “Spanish markets account for 3,000 agrifood companies and provide food for 30 million consumers, and are essential at this time,” he said.

Planas also spoke about the organic sector, explaining that Spain is currently the first country in Europe in terms of organic agricultural production area – 9.3% of the Spanish usable agricultural area – and that the goal is to reach 25% by 2030. “For this reason promoting food distribution through Mercabarna’s Biomarket is very important for our country,” said Planas.

The meeting with the media highlighted the importance of Mercabarna as the major agri-food hub in the Mediterranean, both industrially and economically.

Category: Uncategorized
Tags: Biomarket, food park, Luis Planas, Mercabarna, Spain, Spanish Minister of Agriculture
We use cookies on our website to give you the most relevant experience by remembering your preferences and repeat visits. By clicking “Accept All”, you consent to the use of ALL the cookies. However, you may visit "Cookie Settings" to provide a controlled consent.
Cookie SettingsAccept All
Manage consent