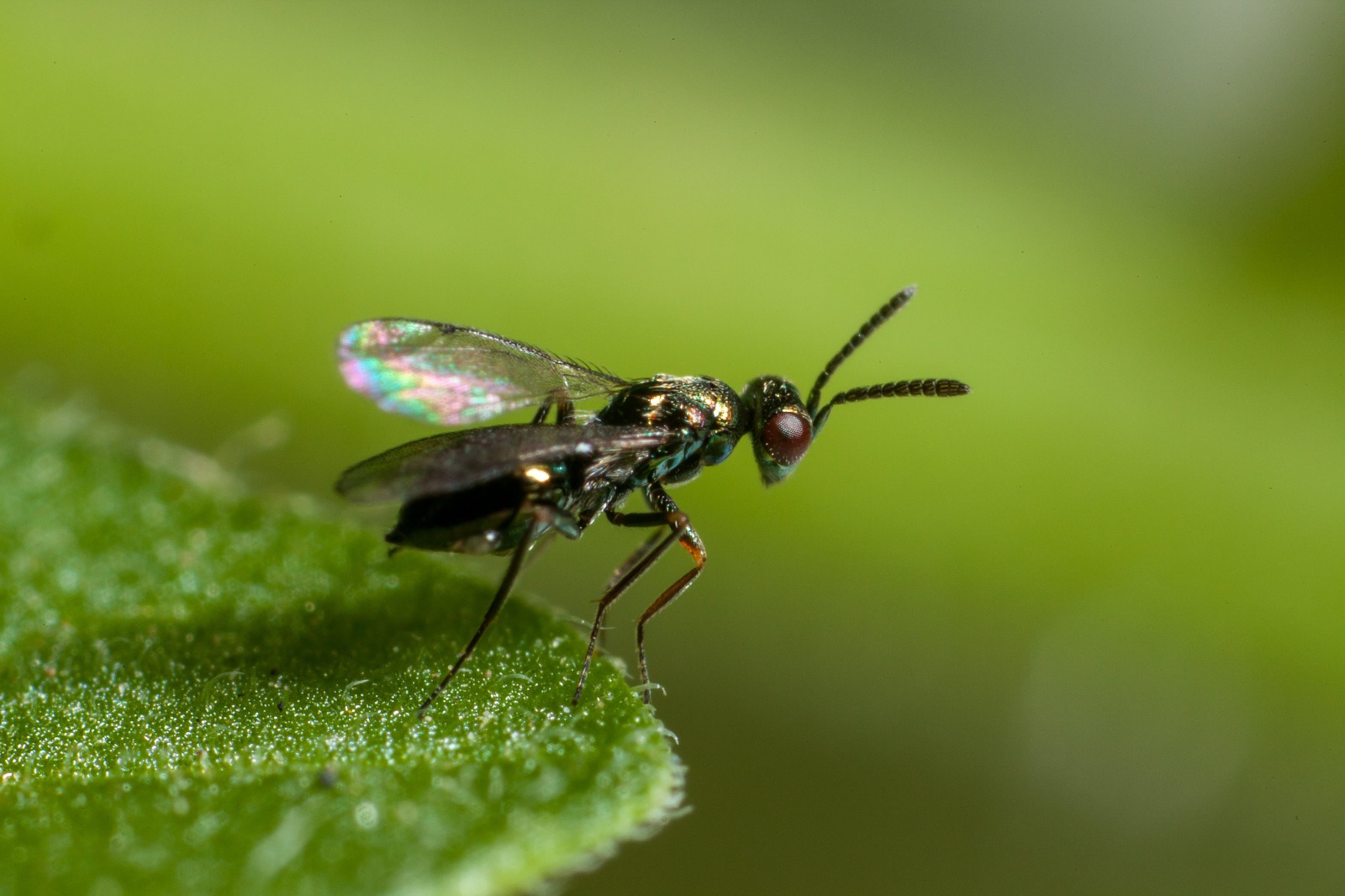 Since the last spring and during the current one, the damage of the leaf miner, mainly of organic cucumber and watermelon, have been increasing

Almería, April 6,2021. – Leaf miners are a pest that was considered eradicated between 2007 and last year; However, the fall of different active materials that were used against them, the climatic variability and, especially, the resistance that the pest has developed to other chemicals have made these small diphtherias whose larvae grown inside the leaves reappear of horticultural and ornamental crops with serious damage to their foliar structure.

To face this, the use of biological control is being imposed, specifically, through the use of parasitoid Diglyphus isaea, that Bioline Iberia markets under the name Digline.

The Diglyphus of Digline, once the female locates the leaf miner larvae, immobilizes them by injecting a toxin which cause them to no longer feed and this prevents them from continuing to develop the galleries in the leaves, in the first place. In addition, later it places an egg next to the paralyzed leaf miner larvae, which will be where the new host larva of the Diglyphus will hatch until it becomes an adult and through a small hole in the leaf it will emerge into the exterior.

The application is quite simple. Only release the Digline adults near the leaf miner focus and they will shortly begin to parasitize it.

It will be quite easy for the farmer to identify Digline parasitism. Just look at the leaves against the light and you will see black columns that they use as a pupal chamber to develop into an adult and go out in search of new leaf miner larvae.

Previously, and to detect the first flights of the adults and the population of leaf miners on the farm, it is necessary to carry out an adequate sampling by placing yellow chromatic traps.

It should be noted that Digline has a higher effectiveness in there spring and summer months, although it can be used at any time of the year, since it is a large parasitoid that has a very fast installation and a high capacity of survival.

From Bioline Iberia it is recommended to start the releases when the first galleries in cultivation or when the first leaf miner’s adults are observed on yellow plates.

In addition, Bioline Iberia has other tools such as Exhibitline Sf. (Steinernema feltiae), entomopathogenic nematodes that can contribute to the reduction of leaf miner pest and is perfectly complemented by Digline for effective control of it. 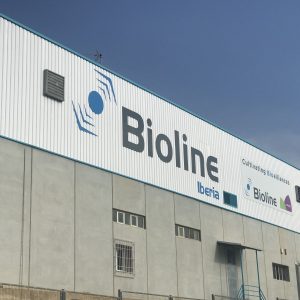 It was a year ago that the Bioline Iberia’s biofactory opened in Santa María del Águila, El Ejido. The “biofactory” is the result of an alliance between Biocolor and Bioline Agrosciences. It is an innovative and technological project on more than 4,000 square metres of cutting-edge bio-solutions to meet the field’s needs.

For its general manager, María José Pardo, one of the main reasons for its success in this first year has been “having a young, dynamic team eager to bring the latest advances in biocontrol to farmers and clients of Bioline Iberia and achieve a local production of predators in the peninsular’s biological fight”.

Another important success in this intense one-year journey has been the implementation of integrated production programmes such as Trichogramma achaeae for the control of Tuta Absoluta in tomato, where Bioline Iberia is the world leader in its production.

Bioline Iberia has innovative release systems such as blister packs for the controlled release of parasites and predators as well as different formats for Swirskii such as the bugline and stick envelopes.

Finally, without a doubt, what has been the hallmark of Bioline Iberia is its Bioline Academy  training centre, attended by hundreds of farmers and technicians who have seen first-hand the bio-factory itself. Even during these times of confinement due to the COVID-19 crisis, news has continued to reach farmers and technicians through short training videos.

Category: Uncategorized
Tags: Bio & Sustainability, Biocontrol, biofactory, Bioline Iberia
We use cookies on our website to give you the most relevant experience by remembering your preferences and repeat visits. By clicking “Accept All”, you consent to the use of ALL the cookies. However, you may visit "Cookie Settings" to provide a controlled consent.
Cookie SettingsAccept All
Manage consent