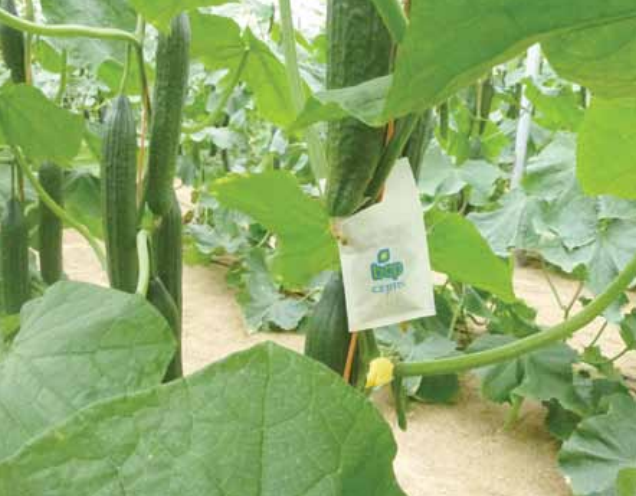 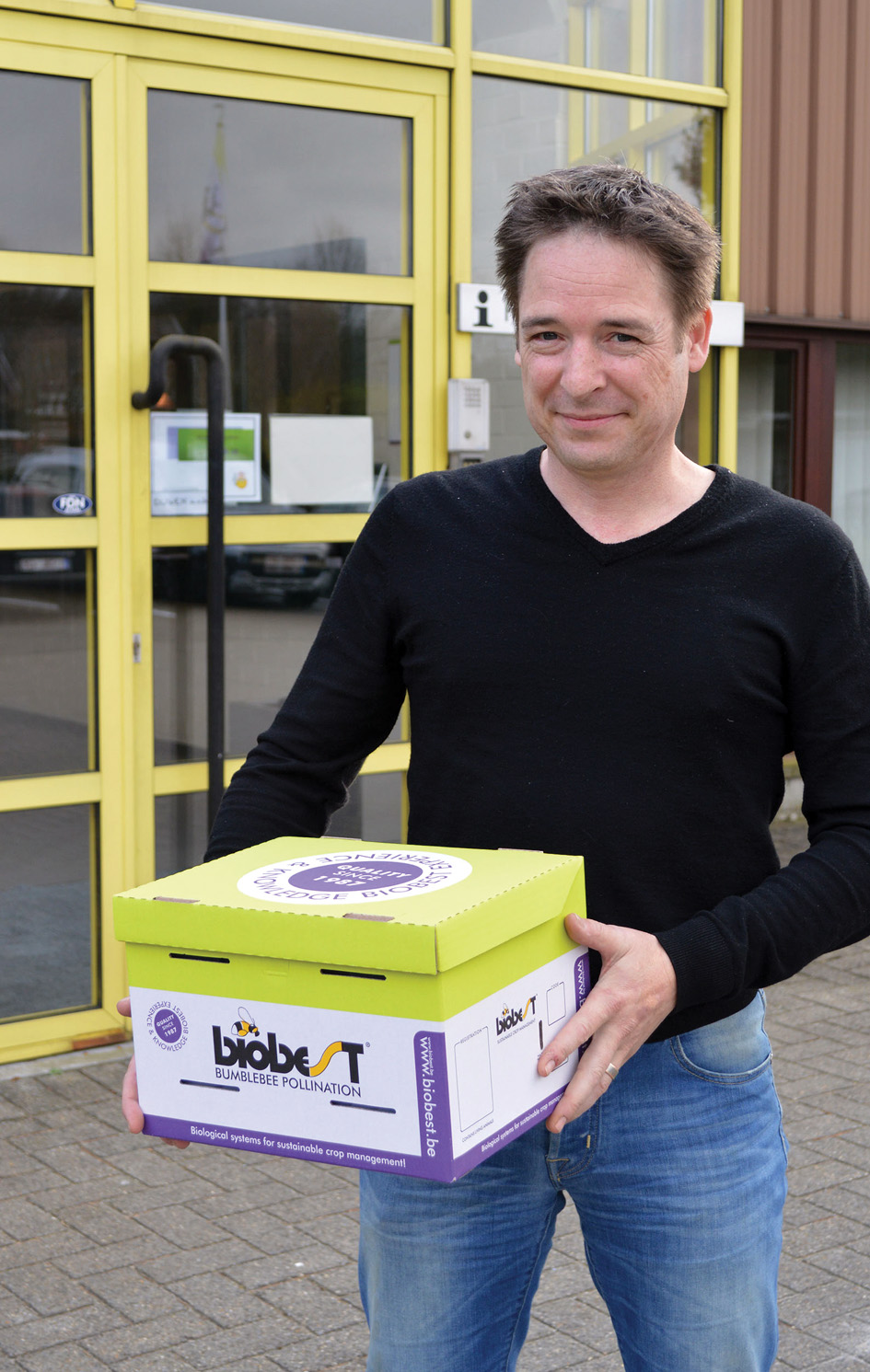 “We are happy that there is more and more demand for crop bio-protection from the Middle East countries, South Asia and China,” said Kris Fivez, Sales Manager of Biobest company. “We see interest from Azerbaijan, Kazakhstan and Georgia, too, while Europe and America are already our loyal clients, and people in other regions are also becoming more concerned about food safety and integrated production.” At Fruit Logistica Fair, Biobest presented one of its innovations, a special bumblebee hive. Its use allows an increase in the crop yield of various fruit trees, such as kiwi and pear trees. “The working principle of our new hive is the following: there is a special dispenser inside which pollen is stored; as it leave the hive, a bumblebee comes through the dispenser tray and takes pollen with it,” explained Herman Van Mellaert, director of business development. “Thus, fruit trees which have less pollination due to lower temperatures or rain will receive additional pollination, and the yield will be greater, the fruit size bigger.”
Biobest manufactures and sells products for biological pollination and pest control. With 25 years experience, it is a pioneer in biological crop protection sector. The company has opened subsidiaries in 10 countries around the world and Biobest exports its products to 55 countries, helping local farmers reach their economic and ecological goals. “We care about the preservation of local fauna”, Van Mellaert stressed. “If possible, we breed local species of bumblebees. This is done in Argentina and in some other countries too.” 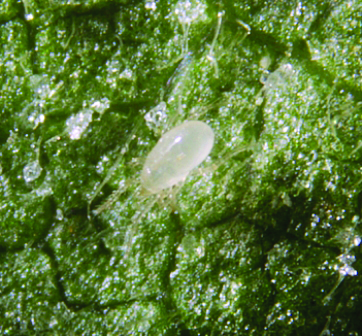 Syngenta Bioline’s Head of Development Richard GreatRex signals the retail sector’s drive towards reduced or zero residues in products as one of the major market influences today. “We see a move towards a preference for integrated pest management and away from purely chemical approaches.” Mainly focussing on cut flowers and covered crops, Syngenta Bioline has done a lot of work in soft fruit crops in recent years. “More and more soft fruits are grown under protection to extend the season and this encourages pest problems. “Growers also experience resistance problems with some of the chemical solutions and other agents restrict them in terms of re-entry and pre-harvest limitations during the harvest season. From those aspects, again the need for integrated pest control arises. And this is what Syngenta Bioline wants to offer growers: the best combined solution.
Traditionally, Syngenta Bioline has held a strong position in the invertebrate biocontrol agents for protected salad vegetables and this is still an area of many innovations. A new product based on the predator mite Montdorensis is currently being developed.  The mite is used to control thrips and whitefly in several crops such as cucumber, aubergine, pepper or gerbera.  “We recently made a breakthrough in the production system allowing us to produce this product in commercial numbers.” The product is on the market in the Netherlands already and currently going through the registration process in France and Spain too. Richard GreatRex signals that the registration process is a difficult one, but once handled with a rational approach, by no means an impossible one. MW 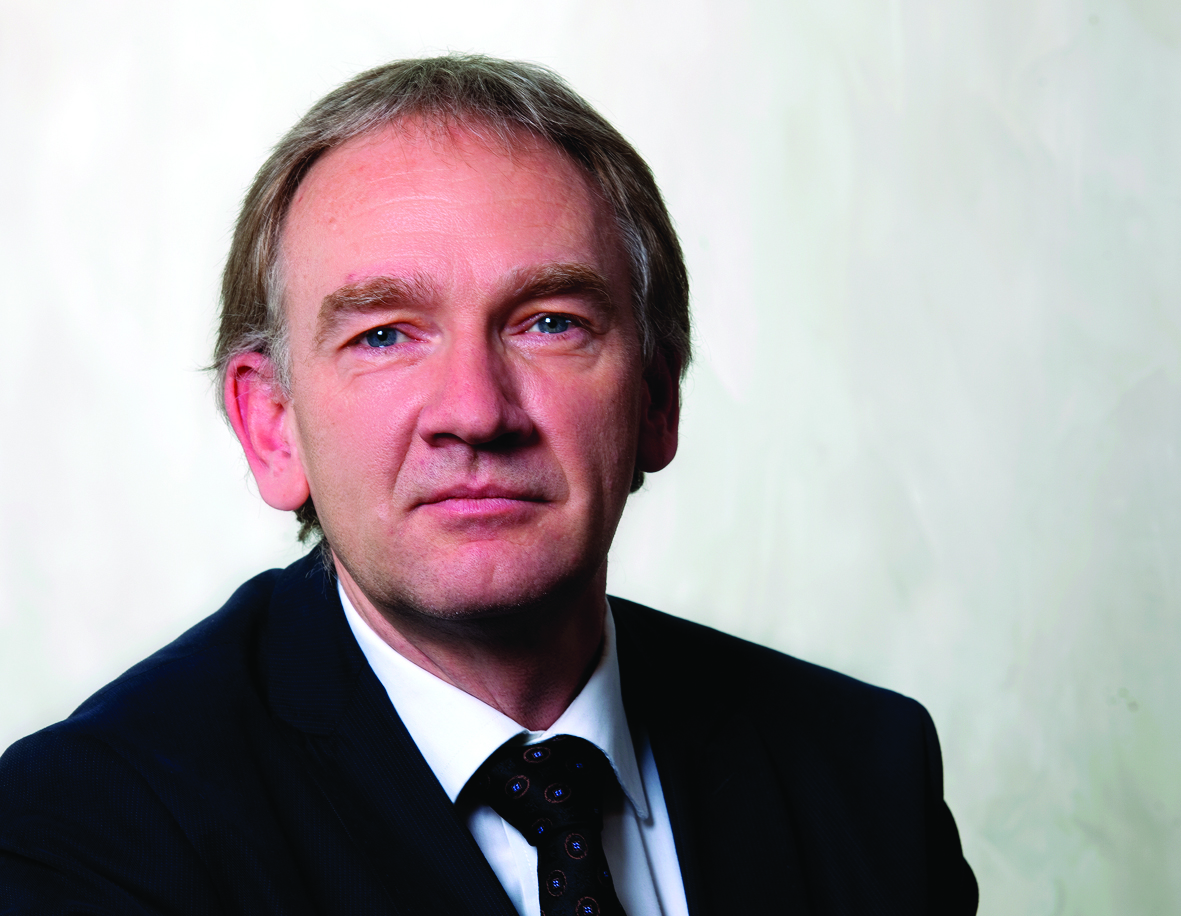 “Yes, Koppert Biological Systems is growing” says Peter Maes, Marketing and Sales Director for Europe. Growth is seen in three directions. There is geographical expansion to the point that over half of Koppert’s sales are outside Europe. Peter Maes: “Development of the new areas carries through enormously.” Brazil, Russia, the Middle East, South America and India are mentioned as substantial growth areas.  Yosef Ouhlous, general manager for the Middle East and Africa region, explains that expansion in the new areas is driven by market demand, sometimes because the biological solutions are simply more effective and mostly because the sector is aware that this is the best method of crop protection.
Koppert is also growing in applications by taking the step from greenhouse growers to open-air (open field) production. Peter Maes: “We are in a transition period, coming from biological crop protection with a focus on insects and now moving towards the position of total solution provider. From the covered crops we see more and more solutions emerging for raw crops as well.” This calls for a new way of thinking. “It’s a matter of perception; where the focus used to be on problem solving, we now strive to prevent the problem from occurring.” Furthermore growth comes from new products.  In the total package that Koppert offers, prevention plays a key role. With their NatuGro system, Koppert starts with the soil. It uses biostimulants and useful micro-organisms to stimulate the growth of useful bacteria and fungi in the root zone of the plant. This results in disease suppression. Peter Maes: “We aim for plants with maximum resistance, so that minimum intervention is needed.” 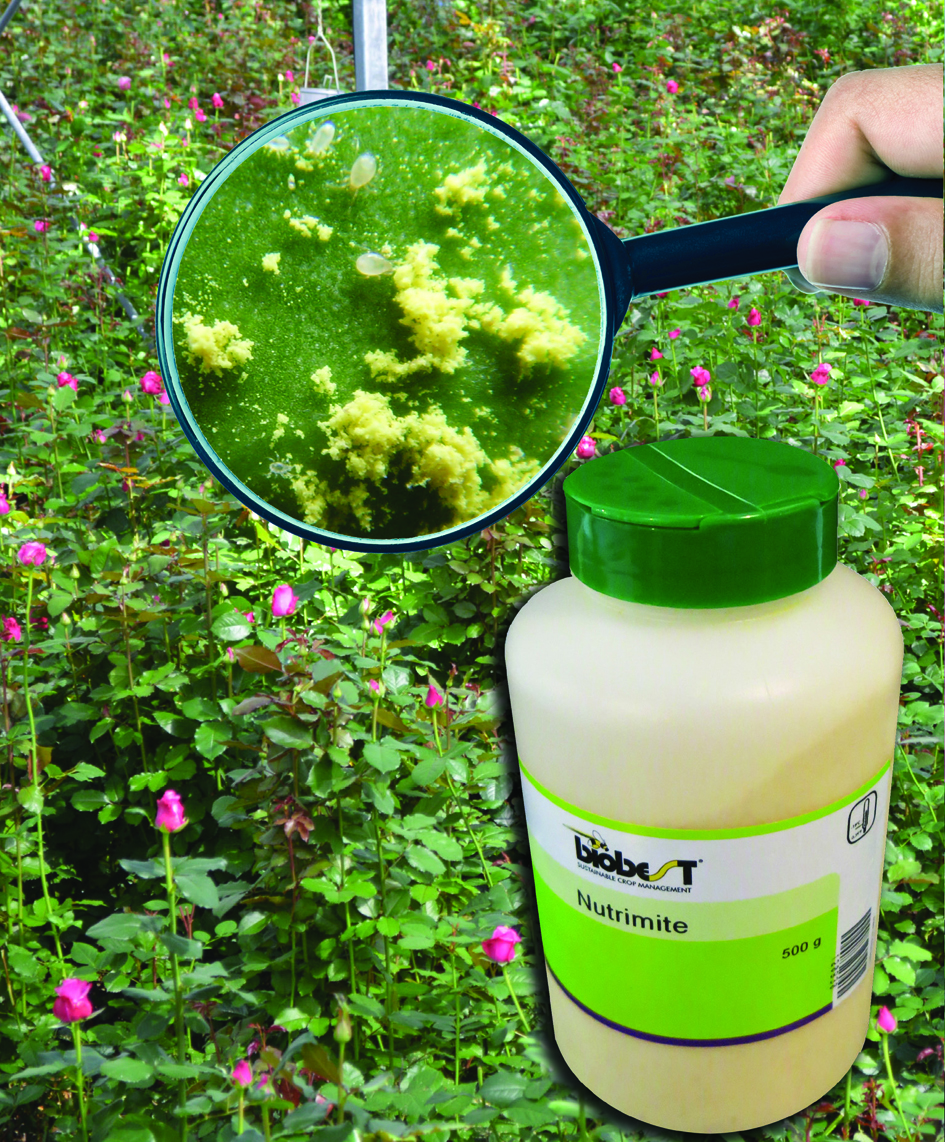 “We see a tendency towards biological solutions for both covered and open crops” says Biobest’s R&D director Felix Wäckers. “Solutions for open crops need a different approach and other tools to be able to cope. It is a challenge to keep the biological products in the crop.” One way of boosting the predatory mites is to apply a food supplement. Biobest, pioneering in biological pollination and pest control, recently introduced Nutrimite for ornamental crops – constituting a breakthrough in biological solutions for roses – and it has potential for other crops. Another Biobest innovation is the Dyna-Mite. Felix Wäckers: “It’s a mite that is very dynamic and mobile in the crop. It can rapidly develop a population to combat thrips, white fly or red spider.” This product also has potential for application in open fields or orchards.  Biobest, active in biological solutions for over 25 years, states that the ‘flying doctors’ concept they introduced last year is very successful. Felix Wäckers: “New researchers are appointed to do more research into the use of microbiological products for both covered crops and open field production. Induced resistance is another field in which Biobest sees possibilities. Felix Wäckers: “It is a way to enhance the plant’s potential to defend itself. A treatment is applied to switch on the resistance and prevent diseases from happening.”

Category: Uncategorized
Tag: Biocontrol
We use cookies on our website to give you the most relevant experience by remembering your preferences and repeat visits. By clicking “Accept All”, you consent to the use of ALL the cookies. However, you may visit "Cookie Settings" to provide a controlled consent.
Cookie SettingsAccept All
Manage consent