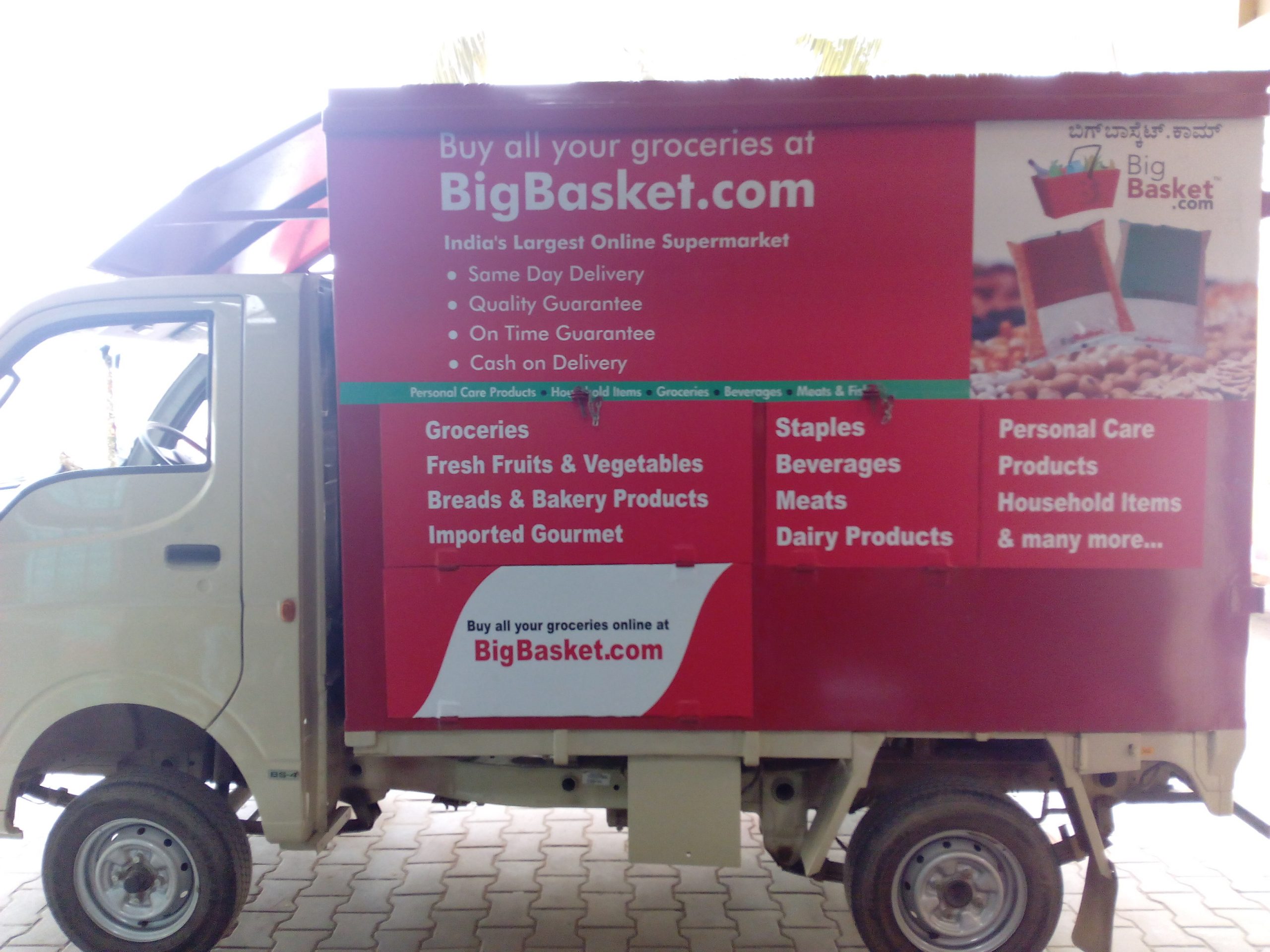 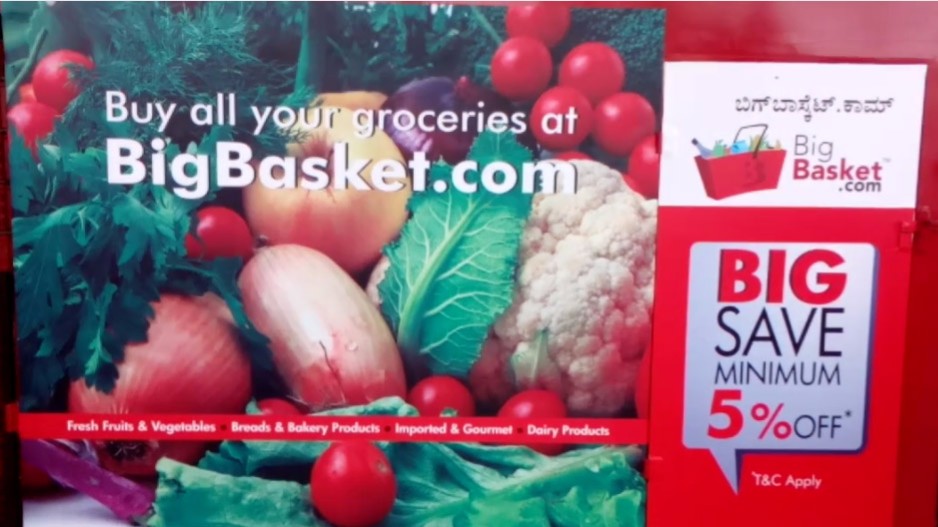 Currently India’s biggest online grocery player, BigBasket clocks an average 12,000 orders a day – 70% of which include fruit and vegetables – and sales growing 10-15% month on month.

Even so, that’s just a drop in the ocean of potential grocery e-commerce in India. Against a total F&V market of about US$ 53 billion, modern retail sales of fresh fruit and vegetables contribute around US$ 500 million and online sales around US$ 30 million. So said Vipul Mittal, head of fruit and vegetables for Bangalore-based BigBasket.com.

Speaking to ED from India, Mittal also stressed that e-retail success is “not as simple as it looks.”

“A lot of back end work has gone into this company over the last 3-4 years to make it very powerful. It’s about being a comprehensive service and delivery package and not just a web site.”

And Indian consumers look for value irrespective of the channel through which they buy. Hence constant benchmarking against all competitors takes place to compare prices and ensure value, he said.

With an estimated 1.27 billion people — and likely to overtake China by 2028 as the world’s most populous country — India also has lowest rate of meat consumption, highest rate of vegetarianism, and a growing affluent class keen to try new cuisines.

According to the Indian daily Business Standard, last year Randstad India – which pegged India as the world’s 6th biggest grocery market – estimated just 1% of the groceries Indians buy are online. By 2020, it expected that to grow to 2%, making India’s online grocery market worth around €9 billion.

Indian households tend to buy fruit and vegetables 2-3 times a week, and the same trend is seen on Bigbasket.

Mittal said e-commerce facilitates insight into consumer buying patterns and allows the offering to be tailored accordingly, for instance running a promo on apples to all mango customers in the off-season (July).

The online retailer sells other grocery items apart from food, such as personal hygiene products, but until now, sales of fruit and vegetables have hovered around 14-16% of its total value sales, Mittal said.

However, having built a solid customer base, it now plans to increase its assortment further with many other food products including an imported and gourmet range.

According to recent reports, BigBasket is also set to offer more organic fruit and vegetables and plans to start selling gourmet salads and ready-to-cook meals – initially Thai, Mexican and Italian dishes – that include freshly cut vegetables and other ingredients, and recipes. This it has launched under the brand ‘Happy chef’ – a la Blue Apron.

Getting supply right is the key to BigBasket’s success, Mittal said. ”We have used a lot of technology for forecasting demand and use a dynamic model to plan capacity and the availability of vehicles.”

“Historical data has limited scope to assist demand forecasting in perishables, especially when the growth is so rapid and there are multiple variables.”

Big Basket has developed backward linkages with growers and buys directly from growers wherever possible, giving it better control of quality and enabling delivery of fresher produce by reducing time between harvest and consumption.

BigBasket is currently located in six cities – Bangalore, Hyderabad, Mumbai, Pune, Chennai and Delhi – and tries to source what it needs in the vicinity of each.

By the end of this financial year, it will have opened 50 more locations, all in clusters with 5-6 cities around six central locations typically with one central warehouse.

BigBasket has no contracts with growers as yet, but is setting up collection centres to source directly from multiple farmers. It plans to establish linkages to bring safe food to the table with complete traceability, having already set up four such centres in southern India.

“We are currently a very small player with respect to total production in an area. So typically when we go into source areas, there are multiple farmers who can supply us. We create an enabling environment for the farmer to bring his produce to us soon after harvest and provide him the transparency of price and weighment. We have also initiated a pilot to provide extension services to the farmers through our field agronomists.”

BigBasket may also draw on wholesale markets to fill any gaps but prefers not to, Mittal said, because the produce is a step further from harvest, therefore less fresh and more expensive. “Quality and freshness are the driving force rather than price and margin.”

Chance for exporters to build brands

In terms of opportunities to export into India, it is a matter of creating differentiation, which so far has been very limited. BigBasket is looking to stand apart by bringing in different products and varieties, such as seedless watermelon, wider variety of pears and apples, exotic fruit, etc. (Few vegetables are imported by India, mainly due to shelf life reasons.)

Mittal stressed he sees a big – and so far largely untapped – potential for foreign suppliers to harness e-commerce to build their brands.

Most imports into India are channelled through traders and conventional retail channel. Growers/shippers don’t have much opportunity to build their brands because they don’t have much control over distribution channels, as well as other marketing elements. BigBasket, in contrast, can package, display and deliver its imported apples under a brand, for instance.

“It’s a big opportunity to build a brand in India, where ecommerce is still in a very infantile stage but set to expand rapidly,” he said, stressing e-commerce’s power to communicate directly to consumers.

(BigBasket is also said to be looking at launching a data analysis business to offer information on customer trends related to brands.)

Also on imports, Mittal said produce should adhere to global food safety and quality standards but trade with India is “not as tricky” as with the EU and US.

BigBasket’s customers mostly order by noon for same day delivery or choose a convenient slot among four options the next day. Insulated boxes are used to maintain the cold chain for temperature sensitive products such as mushrooms.

Its recent acquisition of a a hyperlocal food delivery startup in Bangalore will be act as a springboard to compete with rivals offering hyper-rapid delivery.

Mittal said customers can return produce at the time of delivery if for any reason they don’t like it. The return rate for fresh fruit and vegetables is about 0.5% and the most common reason is a problem with quality caused by transit damage.

Analysis of complaints has led to service improvements, such as in the case of customers finding worms in their cauliflower. Now the company has introduced florets, thus solving the worm problem “and adding value.”

Another big source of complaints was fruit being delivered semi-ripe. Thus, in March, BigBasket set up a ‘freshometer’ – for bananas, mangoes and papayas – on its sales page so consumers know when to eat them. Mittal said this is important because BigBasket tends to ship these fruit to consumers at the semi-ripe stage – to reduce transit damage – so consumers need to know what to expect and when to consumer for best results.

Mittal said customers’ increasingly expect Big Basket to be environmentally friendly, but e-grocery has its pros and cons in this regard.

On the one hand, all its produce must be pre-packed for home deliveries and till recently only plastic was used. But unlike on retail store shelves, having transparent packaging is not a necessity for home deliveries, so Big Basket is now trying to increase its use of more eco-friendly packaging, such as paper and cardboard boxes. “For example, this season all mangoes were shipped in cardboard boxes,” Mittal said.

Category: Uncategorized
Tags: BigBasket, e-commerce, e-grocery, fresh produce, India, JB, online sales
We use cookies on our website to give you the most relevant experience by remembering your preferences and repeat visits. By clicking “Accept All”, you consent to the use of ALL the cookies. However, you may visit "Cookie Settings" to provide a controlled consent.
Cookie SettingsAccept All
Manage consent